Simone Biles has dominated the sport of gymnastics since the age of 16. But winning world championship and Olympics medals is not enough for her. She has transformed the sport by challenging the notion of what is possible.

Simone Biles was born on 14 Mar 1997 in Columbus, Ohio, USA. She began gymnastics training at the age of six after moving to Houston, Texas, to live with her grandparents. Having risen rapidly through the levels of junior competition, Simone and her family made the decision to switch to homeschooling in order to focus on the sport.

Her dedication paid off. In 2013, aged 16, she won her four medals at the World Artistic Gymnastics Championships, including her first all-around title. She defended her crown in 2014 and 2015, cementing her status as the world’s best female gymnast. 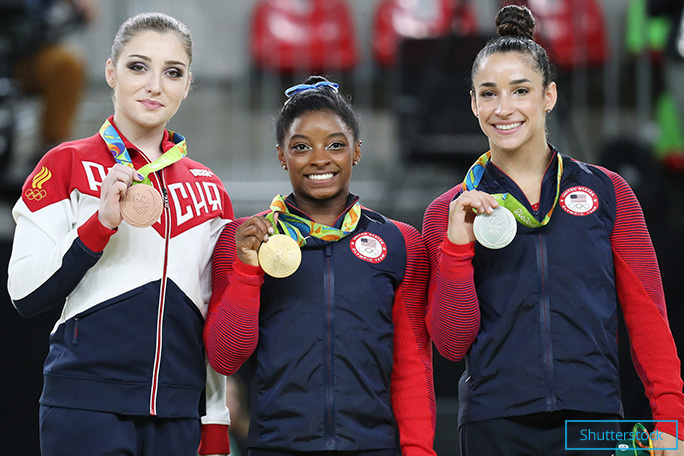 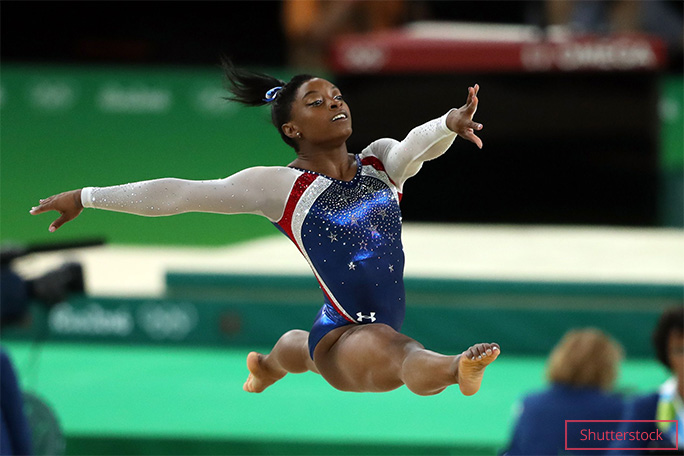 At the 2016 Rio Olympics in Brazil, Simone dominated the competition. She won four golds and a bronze, recording the highest margin of victory in an Olympic gymnastics all-around final (female) – 2.100 points, a vast gulf in a sport that can be decided by fractions.

What is that makes Simone such a special gymnast? She stands just 1.42 m (4 ft 8 in) tall, but packs an astonishing amount of power into her small frame. On the vault and on the floor, she can propel herself higher into the air than most of her competitors, giving her more time to complete her twists and rotations and increasing her chances of successfully “sticking” her landing.

Gymnastic routines are graded in terms of “Difficulty” and “Execution” – the higher the values, the higher the potential score. Simone pushes herself to include the most difficult skills possible in her performances, often with more twists and tumbles than her rivals. This allows her to move well clear of the field.

Successfully performing these skills requires not only grace and technical precision but also fearlessness. In professional gymnastics, a single misstep or slip could lead to serious injury – especially when vaults and tumbles involve blind landings, when gymnasts can’t see the ground before they land.

Following the 2016 Olympics, Simone took a year out of the sport. She returned seemingly determined to push gymnastics to new levels. At the 2019 United States National Gymnastics Championships, Simone unveiled two new skills: a double backflip with three twists on the floor, and a double-twisting double-backed somersault dismount from the beam. This “double-double” dismount was considered so risky that the governing body of gymnastics, the FIG, actually downgraded its difficulty level to dissuade other athletes from attempting it.

This took the total number of gymnastic skills named after Simone to four. Her signature move on the floor – known as “The Biles” – is a double-layout with a half-twist and a blind landing. She can jump roughly twice her own height while performing it. Simone also has a vault skill, which to date no other gymnast has ever landed. 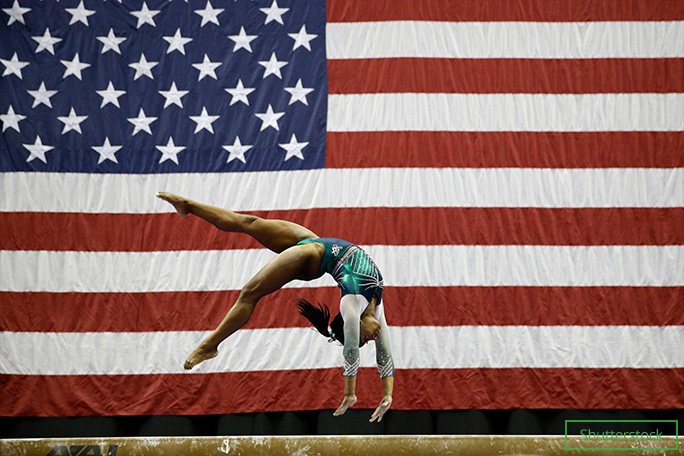 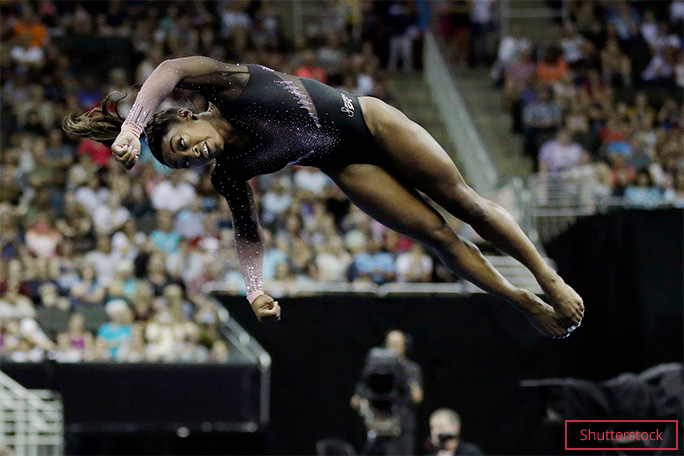 Following the US Championships, Simone travelled to Stuttgart, Germany, for the 2019 World Artistic Gymnastic Championships. There she became only the third female gymnast, after Larisa Latynina in 1958 and Vlasta Dĕkanová in 1938, to win five gold medals at a single championship. In doing so, she also set a new record for the most World Artistic Gymnastics Championships medals – 25, surpassing male gymnast Vitaly Scherbo’s record of 23. Her total also included the most gold medals (19) and the most individual all-around titles (five).

Simone’s achievements have propelled her beyond the gymnastic world and made her a global sporting icon and role model. She is a vocal presence on social media, speaking out against injustice. She continues to push boundaries. In Feb 2020, Simone shared a training clip of her performing a Yurchenko double pike, a vault considered highly dangerous owing to risk of head and neck injuries and which no female gymnast has ever performed in competition. She even hinted that she could perform it at the Olympics.

Days later, Simone was awarded the prestigious Laureus World Sports Award for Sportswoman of the Year. It was the third time she had received it, leaving her just one behind the great tennis player Serena Williams. 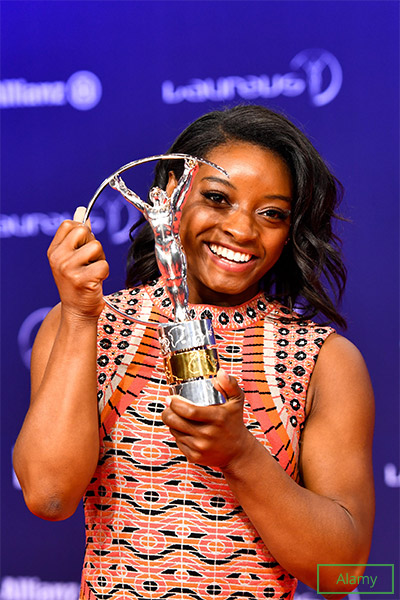 Like all Olympic athletes dealing with the postponement of the 2020 Games in Tokyo, Simone has had to refocus and reset her training. She has confirmed that it will be her last Olympic competition, and it remains to be seen how close she can get to Larisa Latynina’s total of nine golds – the most Olympic gold medals (female). But even if she never tumbled, vaulted or pirouetted again, Simone Biles’s place in the history of gymnastics, and sport itself, is assured.

It’s important to teach our female youth that it’s OK to say, ‘Yes, I am good at this,’ and you don’t hold back - Simone Biles

Simone Biles appears in Guinness World Records 2021, out now in shops and on Amazon. 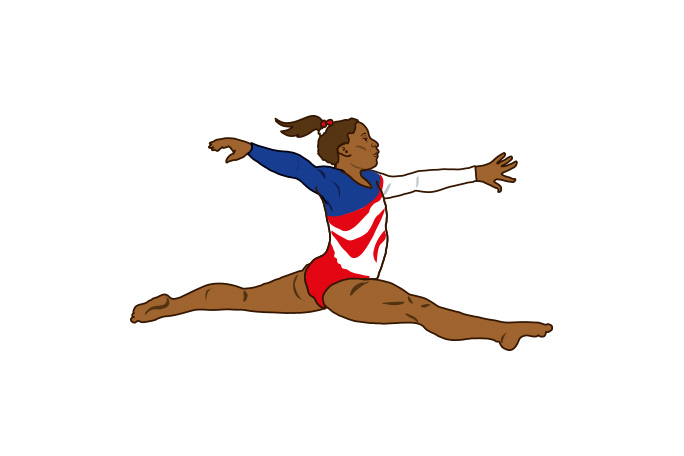