Some people have to work hard to become a Guinness World Records (GWR) title holder. Others are simply born extraordinary.

This week, our Guinness World Records: Behind the Book podcast finds Editor-in-Chief Craig Glenday thinking big, as he recalls meeting some of those who have been confirmed as the tallest man in the world – and explains why it’s less easy to confirm who the world’s tallest women are. Craig also talks you through the rigorous but respectful assessment that GWR applies to all our size-related record applicants. Listen below or on Apple Podcasts / Spotify / Stitcher.

Along the way, you’ll meet Bao Xi Shun, the 236-cm (7-ft 8.9-in) Chinese goatherd who was the tallest man living in 2005, and find out how his extraordinary size helped save the lives of two dolphins. 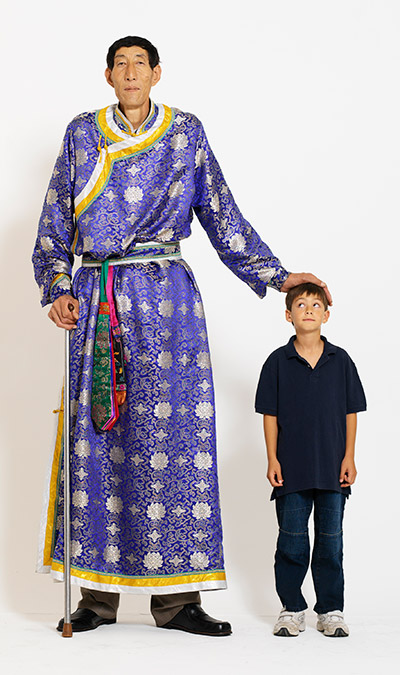 Sometimes, individuals are super-tall because their parents were tall too – like Neil Fingleton, once Britain’s tallest man.

But often, the cause is a malfunction of the pituitary gland, which controls several of the body’s other hormone glands and helps monitor our growth rate.

US giant Robert Wadlow’s pituitary gland was abnormally enlarged, resulting in his unprecedented height of 272 cm (8 ft 11.1 in), which made him the tallest man ever.

The tallest man, Turkey’s Sultan Kösen, had a benign tumour on his pituitary gland, which led to his becoming one of only a handful of people who have ever grown beyond the 8-ft barrier.

Being super-tall comes with its own challenges, of course, from having to squeeze into cars, aeroplane seats and lifts to forming romantic relationships – as you'll discover in our podcast. 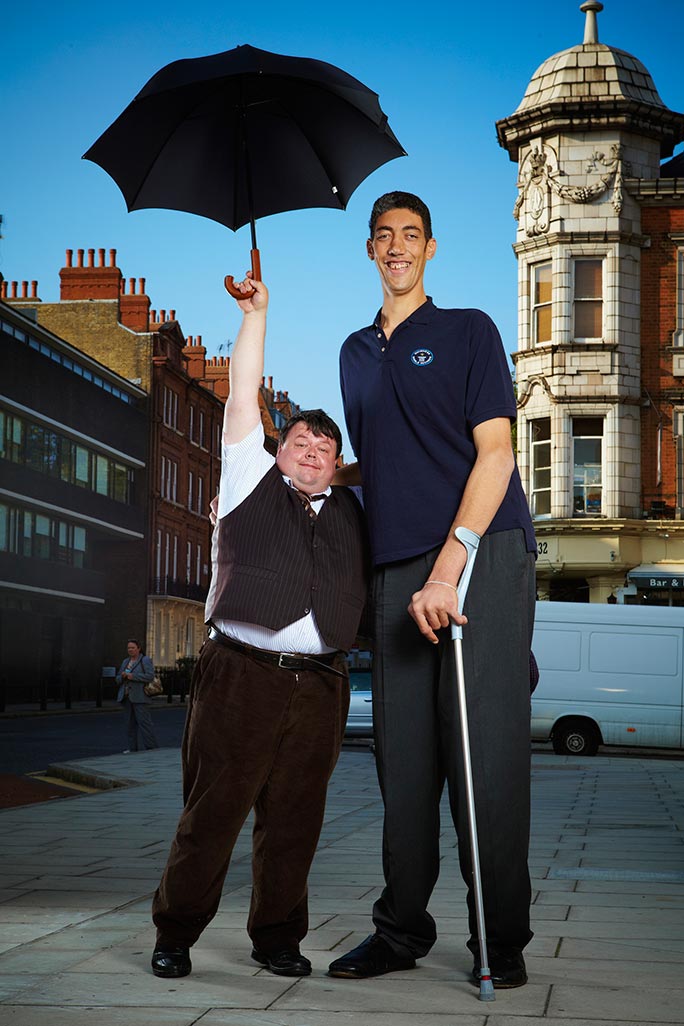 But Sultan’s status at the tallest man in the world has brought some welcome spin-offs too, not least bespoke shoes and crutches to make the simple act of walking easier for him.

You’re always welcome to get in touch with questions about GWR, by the way. Jane from Blackheath in London did just that, to ask about her son’s LEGO® collection. Hear Craig’s reply in this latest, super-sized edition of our podcast!

Find more extraordinary humans in Guinness World Records 2020 out now in shops and online. Hurry and get your copy today!