Having spent over 1,000 hours having his body modified by tattoo artists, Lucky's layers of ink have earned him recognition as the most inked man on Earth. 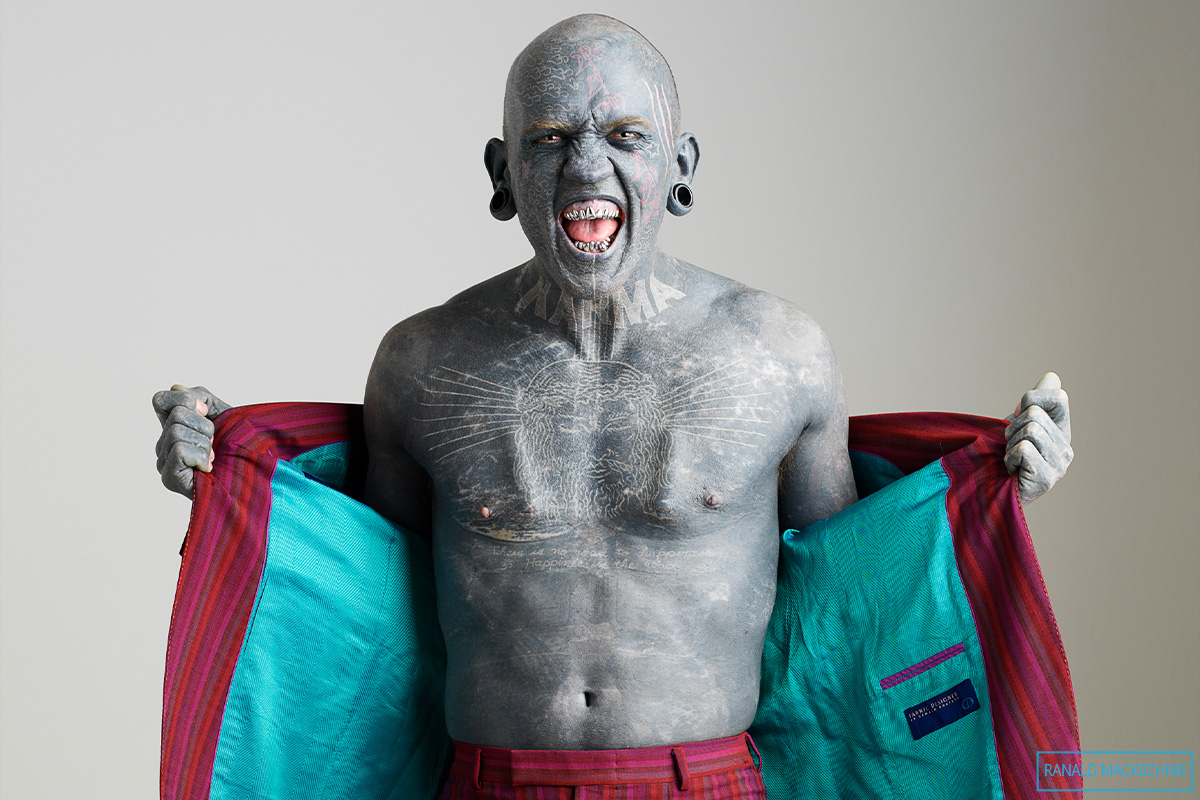 Because of the outrageous amount of art on his body, Lucky Diamond Rich holds the Guinness World Records title for the most tattooed person living (male).

Born Greg Paul McLaren, this street artist, performer, and world record holder is one of the most distinct-looking people you’ll ever set your eyes on.

Not only does he swallow swords, juggle chainsaws, and ride a ten-foot unicycle… he’s also covered from head to toe in tattoos.

The most inked man on Earth

Born in Brisbane, Queensland, Australia, Lucky joined the circus in 2007 to avoid falling into a life of crime.

He travelled the world and was paid handsomely for circus performances, turning heads everywhere he went.

As he grew older, Lucky added so many skills and talents to his performances that he quickly became very popular, consequently undergoing a personal re-brand.

"I guess I’m lucky by nature; to be able to juggle a chainsaw, to be able to swallow swords, ride a ten-foot unicycle," Lucky explained.

"Diamond came about because my friends call me a bit of a rough diamond, and Rich because I’m rich in spirit."

Aside from his name and his profession, Lucky’s stand out feature is of course his heavily tattooed skin.

Not to mention, he’s got multiple piercings, stretched earlobes, and even replaced his teeth with silver veneers.

However, nothing about Lucky is more noticeable than the literal layers of tattoos that cover almost every centimetre of his skin. 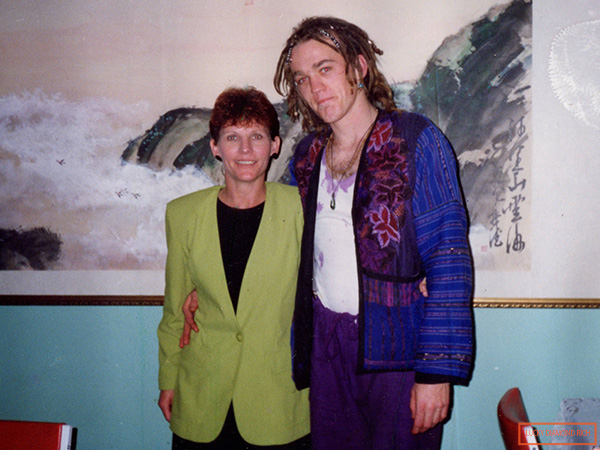 Back in 1987, when Lucky was 16, he committed to his first tattoo, a small juggling club on his hip. Afraid his mother would disapprove of his decision to modify his skin, he made sure it was easy to hide.

"Just one tattoo at a time I guess, that’s how everyone does it," said Lucky.

After his initial tattoo, he waited two years before getting another.

"I got tattooed again when I was 18, and then I got regularly tattooed as much as I could," continued Lucky.

It’s been calculated that Lucky has spent more than 1,000 hours (over 41 days total) having his body modified by tattoo artists. Not a single crevice or intimate area has been left behind.

“I would get tatted by some amazing artists all over the world, so I just basically said to them ‘Here’s this section of my body. Go for it.’”

Throughout the years, Lucky travelled all over the world as a street performer.

The money that he made while working for the circus was often invested into his tattoos.

He got his first “bodysuit” tattoo at 28; an extensively themed tattoo that covers the entire torso or the entire body.

After that he began layering tattoos on top of tattoos. It’s this process of layering, as well as his patience and commitment, that has earned him his world record for most tattooed person living (male).
Although Lucky’s numerous tattoos were created throughout various sessions, he jokes that he has one sole tattoo.
“How many tattoos do I have? I have one, and it’s the biggest one on the planet,” said Lucky. “I’ve had more than one layer of ink and in some areas it’s three or four layers."

Lucky’s tattoo preferences have shifted over the years, from his entire body being covered in black ink, to his more recent focus on white ink (one of his most striking pieces being the word “KARMA” across his neck). 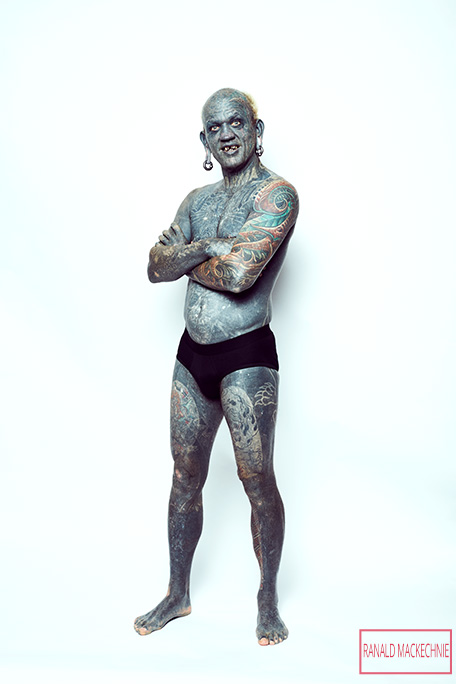 Most recently he added a bold bio-mechanical sleeve covering some pre-existing ink.

Lucky now boasts more than 200% coverage, including his eyelids, the delicate skin between the toes, the upper part of the ear canals and even his gums.

His striking image can evoke many different reactions, although not all are positive.

“Everyone’s different in how they react. It’s like the weather; you can’t predict it and you can’t control it; you just sort of deal with it as it comes,” said Lucky.

“I don’t really get my self-esteem from what others think of me. I like myself today. It’s just interesting that I had to tattoo my whole body to like myself as much as I do.”

Although Lucky hasn’t been tattooed in almost a decade, he is currently a tattoo artist himself and still gets to “enjoy the buzz” by doing it for others.

Lucky remembers looking through Guinness World Records books as a child and thinking how amazing it would be to be featured.

Since being officially confirmed, he considers it an honour and a privilege to have children approach him for a photo because they recognize him.

Lucky also feels incredibly fortunate to have been recognized for such a record title in the first place.

He acknowledges that previous applicants may have run into more obstacles due to the stigmas attached to tattoos.

However, Lucky believes extreme body modification has become much more widely accepted throughout the years and for this reason feels it is the best time to be confirmed as the most tattooed person.

"Good timing on my behalf; Lucky once again,” he teased. 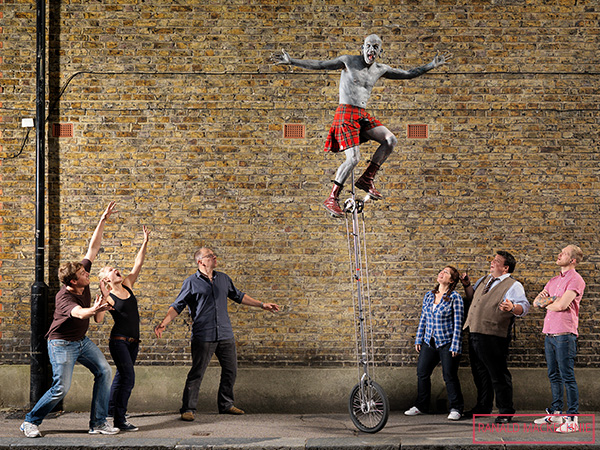 Although Lucky enjoys being recognized for his tattoos and popularity as a traveling performer, he is now content with being acknowledged for his more “traditional” skillset. Partying became commonplace for Lucky during his 30-year performance career and began to lead him down the path of destruction.

Today, Lucky works for a construction company and has built a new life for himself, complete with an apartment, two dogs, and a loving partner. Although he recognizes that his tattoos give him quite a distinct physical appearance, he also feels that he is just the same as everyone else. “I’m no different to anyone else, I’m just heavily tattooed,” said Lucky.

“I bleed like anyone else; I have the same sorts of problems that most people have living through their daily life.”