Human cannonball is shot out of pirate cannon to celebrate new Xbox game, Sea of Thieves

With more than 5,000 cannon shots under his belt, David Smith Jr – aka 'The Bullet' – certainly knows how to make an entrance.

The American performer has spectacularly bettered his Human cannonball - farthest distance record, which he attempted in celebration of Xbox's upcoming pirate-themed action-adventure game, Sea of Thieves.

Before David attempted this potentially dangerous record, a load of weighted sandbags were blasted out of the 'Pirate Blaster' – a daunting 34 ft long cannon modelled off the ones featured in the videogame.

Once the artillery and giant airbag had been proven to work, it was time for David's go. 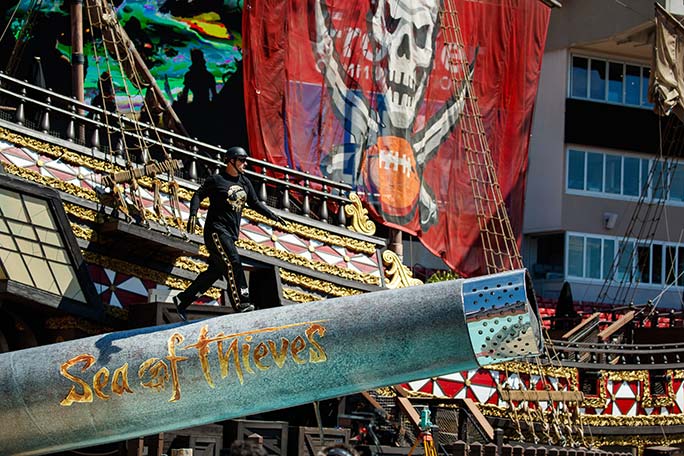 The explosive attempt took place at Raymond James Stadium in Tampa, Florida, and was also streamed live on Mixer Xbox Channel, where the full video is still available to watch. 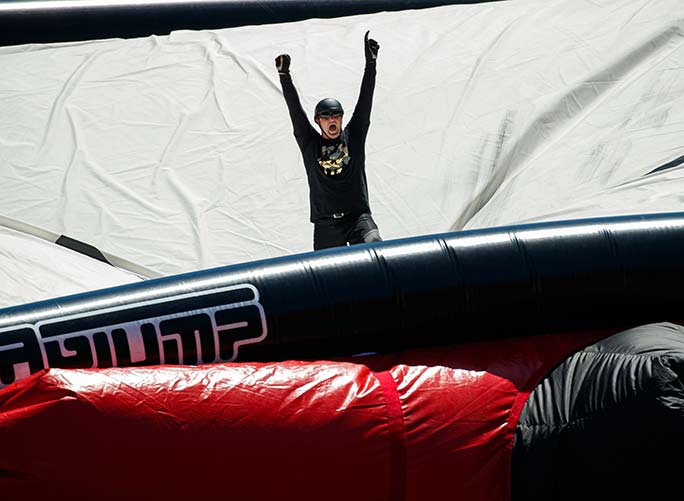 The pneumatic cannon mechanism is apparently a trade secret that belongs to the family! 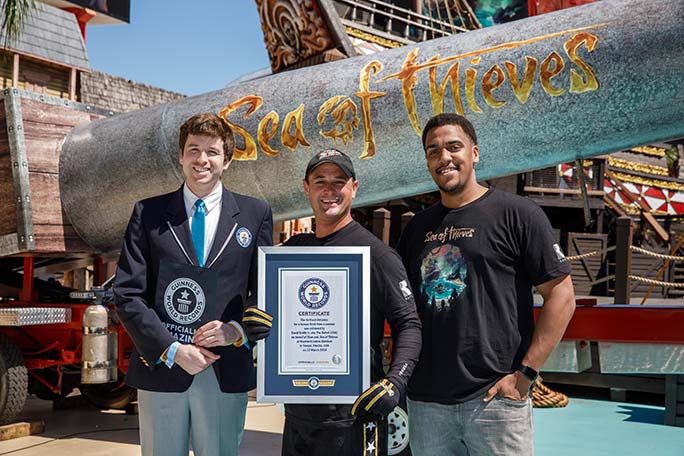 To read about other gaming achievements, pick up a copy of Guinness World Records 2018 Gamer’s Edition.