Tiramisu is Italy’s most famous dessert, with its name coming from the Italian phrase "tira mi su", meaning "pick me up."

However, there’s no way anybody could lift this 266.90-m-long (875.66 ft) treat, which has just achieved a Guinness World Records title for being the Longest tiramisu.

The delectable dessert was made by 30 pastry chefs and a large team of volunteers, who baked the tiramisu in 420 giant slabs, before joining them all together at a busy shopping centre in Villesse, Italy.

The recipe included all the elements of a traditional Italian tiramisu – just on an epic scale:

Each chunk of cake consisted of four layers so that the tiramisu met the minimum height required by Guinness World Records (8 cm). 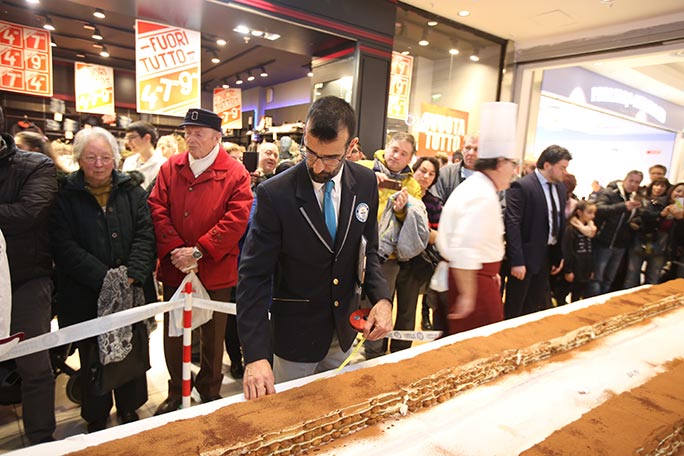 After the coffee-soaked pudding had been measured by Guinness World Records adjudicator Lorenzo Veltri, it was cut up and distributed to the hundreds of hungry spectators who had eagerly gathered. The current record for the Largest tiramisu was also achieved in Italy, in 2015.

If tiramisu is Italy’s best loved dessert, then pizza is definitely one of the country’s most popular main courses.

It will come as no surprise then, that the world’s Largest pizza was also cooked in Italy.

It was prepared by Dovilio Nardi, Andrea Mannocchi, Marco Nardi, Matteo Nardi and Matteo Giannotte from NIPfood at the Fiera di Roma trade fair in the Italian capital city of Rome in 2012. 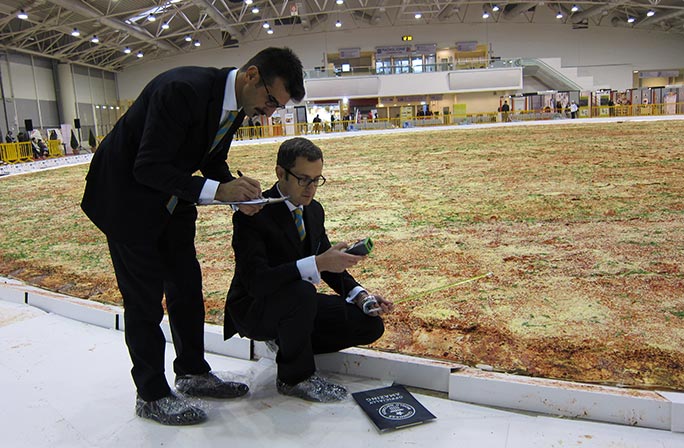