Beverages company Les Brasserie de Bourbon wanted to show the people of La Réunion the wide range of products on offer from their beer brand La Bière Dodo, while celebrating the local tradition of picnicking.
The beer producer decided to attempt a Guinness World Records title for the Longest picnic table on Plage de l’Hermitage, at the local seaside resort of Saint-Gilles les Bains. 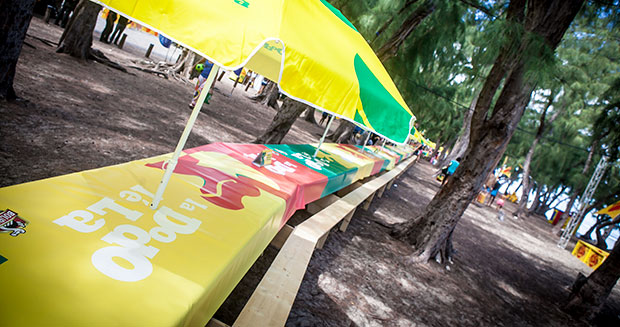 After almost six months of organising from La Bière Dodo, official adjudicator Anna Orford flew out from London, UK to verify the attempt and ensure that the item was manufactured as one single long picnic table. Bolting regular-length picnic tables together would not count!
She was thrilled to confirm that La Bière Dodo stretched the record to an impressive 322.42 metres, beating the previous mark of 247.10 metres, achieved in the USA in 2016.
Hessel Hoekstra, Marketing Director at Les Brasseries de Bourbon, said:
It took 750 wooden planks, 10,000 screws, 700 hours of work and the passionate dedication of the entire island to conduct this ambitious project.
Nearly 2,000 locals attended the event, bringing along a variety of delicious local dishes to share at the supersize picnic bench. 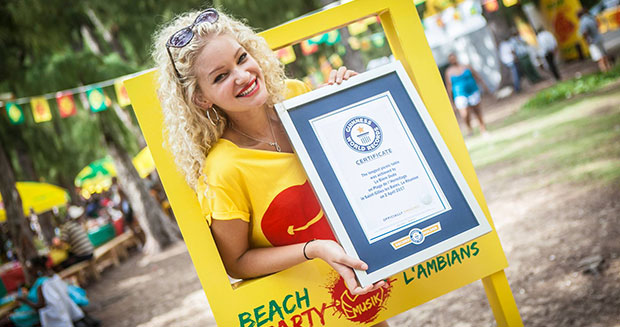