To mark the launch of their new Ground Miles Campaign, Bupa has broken the Guinness World Records title for the fastest 20 metre Moonwalk (see video below).

Headed up by celebrity ambassador Melanie Sykes and a selection of the West End cast of "Thriller," Bupa smashed the record as Ashiq Baluch did his best 20-metre Michael Jackson impression in just 6.53 sec. It smashed the previous record of 7.81 seconds, also held by Baluch. 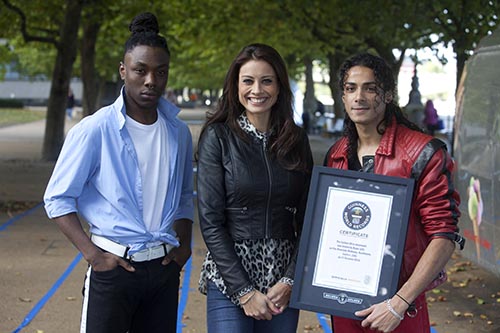 Sykes and the group of over 100 challengers took to London’s South Bank on 17 October to attempt the record and to demonstrate that exercising through walking doesn’t have to be boring, with their stated mission being that you can make up your distances however you choose.

The Ground Miles campaign dubs itself as a movement to get more people moving on foot and living longer, healthier, happier lives.

Sykes, TV personality and model, acted as ambassador for the campaign.

“Walking is such an easy way to add regular exercise into your daily routine and it doesn’t have to be boring or serious," she said. "Have fun and walk instead of taking transport where you can, whether that’s walking to work, going out at lunch to grab lunch or even moonwalking!” 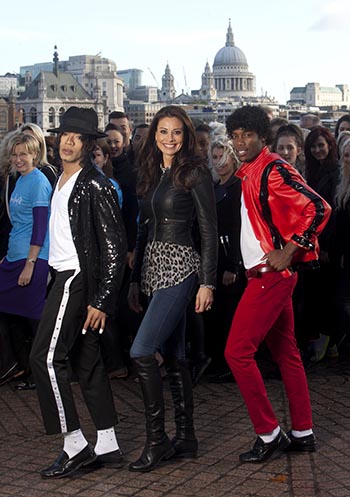 The Guinness World Records achievement coincided with new research from Bupa, which stated that it found 1 in 5 Brits only leave their work desks to use the bathroom or grab a drink. The study also claimed Brits now spend 1 in 12 waking minutes online and that 26% of the nation cite lack of time as the main reason they do not walk at all. As such, Bupa took to the record attempt as means of encouraging the nation to walk more and have fun whilst doing it.

For video of the attempt, just push play!