Australian adventurer swims in the highest lake on earth

The highest altitude swim has been achieved by Australian adventurer Daniel Bull.

Daniel is a multiple record title holder and began planning his swimming expedition after reaching the summit of Ojos del Salado during his previous record attempt for the youngest person to climb the Seven Summits and the Seven Volcano Summits. 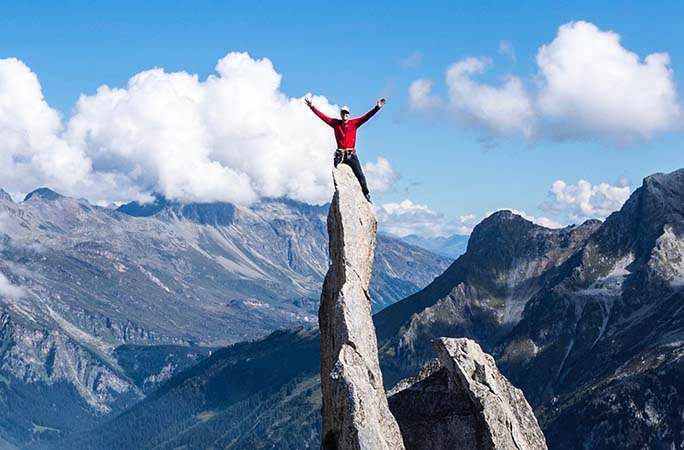 He spotted the lake on the volcano and planned to return and combine his love of the mountains and water to break the record for highest altitude swim.

This record attempt didn’t come without its challenges and severe risks.

The surrounding environment of the volcano is compared to Mars and is used by NASA to test instruments for future Mars missions. 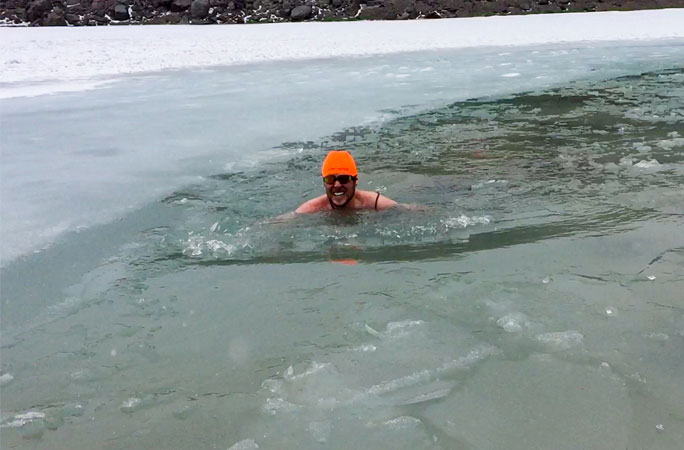 Dan Bull is still recovering from his record attempt which took place earlier this year, but he spoke to us to explain the ins and outs of his expedition.

What inspired you to attempt a Guinness World Records title?

I guess I've always aimed high and that's materialised in a literal sense, to include my passion for heights and high-altitude exploration. And I enjoy pushing myself and finding out what’s possible.

Wanting to combine my experience at high-altitude with my love of water, as I’ve always lived by the beach, I came up with the idea of attempting the highest altitude swim; to swim in the highest body of water on Earth and become the first person to swim above an altitude of 6,000 m (20,000 ft).

Have you ever undertaken a similar record before? What was it?

I’ve always been excited by the idea of pushing way beyond my comfort zone and undertaking a journey from sea level all the way to the highest snow-capped peaks. This led me to chase my initial dream of climbing Mount Everest.

When I finally achieved that, after many years of training and preparation, I knew anything was possible, if you set your mind to it. I went on to achieve my first Guinness World Records titles and became the youngest person to climb the Seven Summits and Seven Volcanic Summits.

It was during the last big obstacle when achieving my first record title at the world’s highest volcano, Ojos del Salado, in the Andes in South America, that I found the inspiration for my next record attempt.

Standing alone on top of the world's highest volcano, I spotted a small frozen lake just beneath the summit. When I made it back home, I did my research and discovered that this unnamed, permanent lake, was in fact the highest body of water in the world. So, I started to plan for the highest altitude swim.

Do you have a background in swimming?

Simply put, no. Whilst I love being at the beach and hitting the waves, I don’t actually have a background in swimming. The only reason I’d find myself swimming is to keep up with my sister’s dog, Zeus.

He loves the water more than I do and whenever I’m dog-sitting, it won’t be long before he’s dragged me to the coast and we’re both in the water.

What preparation went into getting ready for the swim?

It’s been a few years in the making. I’d already made a previous attempt, which inadvertently led to my second Guinness World Record of the highest altitude kayaking.

Interestingly, there wasn’t a whole lot of swimming involved in the lead up, however, give I’d decided not to wear a wetsuit or a dry suit of any kind, it was all-important that I get accustomed to the extreme cold. So, I challenged myself to have cold showers every morning for a year, building up my capacity to deal with the discomfort.

I also sought out advice from some of the top experts in their respective fields and given one of my biggest fears was my heart stopping, I called an eminent cardiologist and asked him how I could reduce the risks, he replied, “don't do it!”. 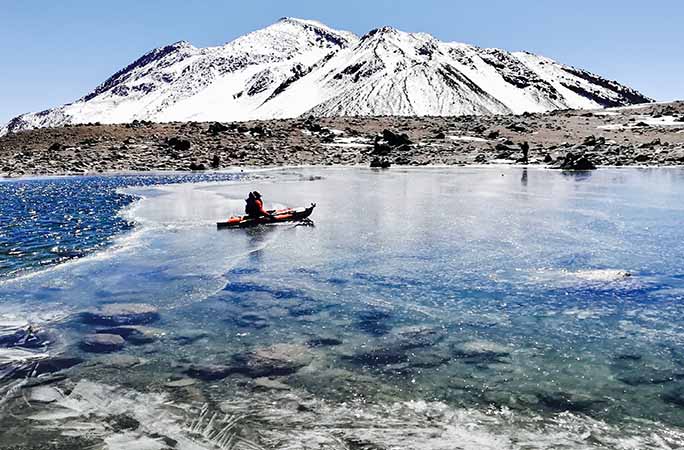 What challenges did you face when attempting the record?

Before attempting the swim, we first had to reach the highest lake in the world, by climbing up the world’s highest volcano, Ojos del Salado. It’s like hiking up Kilimanjaro five times in a week just to acclimatise and there’s is less than 50% of the oxygen than at sea level.

We faced gale force winds and snow storms whilst hauling all the mountaineering and survival gear, communications and medical equipment, a tent, kayak and of course my swimming kit up the mountain.

There was also the constant mental battle, perhaps greater than all the physical challenges combined. You encounter different people along the journey and as we neared the mountain, we realised word of my plans had spread. Everyone kept telling me, “You’re gonna die up there!”, or at the very least explained to me that my plans were impossible.

Did anything occur that you didn’t foresee?

I think you need to have a mindset of expecting the unexpected. I’d planned everything down to finite detail and felt as comfortable as possible with my preparation, yet there were still surprises.

How did you cope with the conditions?

The conditions were brutal. Even wearing multiple layers of specialised clothing designed specifically to keep me warm, it was still a battle to ward off the cold. Upon reaching the lake, wind gusts increased, the wind chill worsened, and snow started to fall, horizontally.

I was ecstatic at discovering the lake was partially unfrozen. I would’ve been jumping for joy if I had the energy.

There was a moment where the conditions were rapidly worsening, and the lake was freezing over. Standing at the edge of the lake, I was asking myself, do I really want to do this? Is it worth putting my life at risk by submerging myself in this potentially deadly water?

My toes (as well as other body parts) were snap frozen as I plunged into the water. It was possibly the hardest thing I’ve ever done. I still can’t feel my toes. 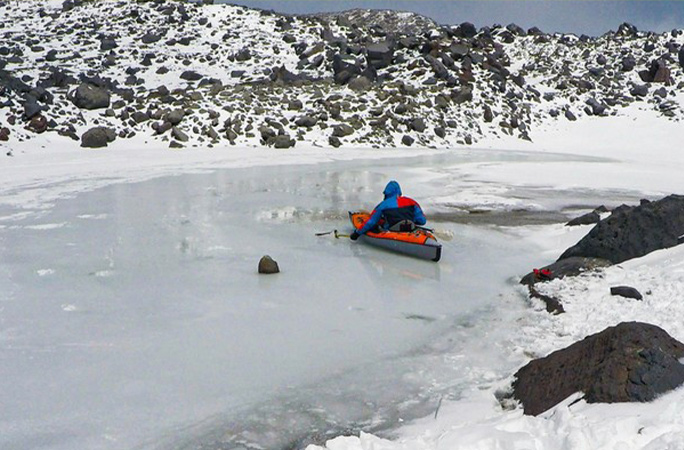 Did you ever think of giving up?

On every expedition, not just this one, I felt like giving up at some point. With the swim, I knew it was going to be tough to keep going.

I had the added motivation of raising awareness of ‘The Water Crisis’ by supporting water charities in their efforts to create a world where everyone, everywhere has safe water and hygiene.

How do people react when you tell them you’ve completed this attempt?

The most common reaction I get is one of relief, that I actually did it, and didn’t lose any fingers or toes in the process.

What would being a GUINNESS WORLD RECORDS title holder and featuring in the next edition of the book mean to you?

I loved reading The Guinness Book of World Records as a kid and I’ve always dreamt of making history and entering the record books myself one day. I’ve now appeared in the past two editions of the book and to be honest I was just happy to make the first one. It feels a bit surreal seeing myself in there, but it’s definitely exciting to be contributing to the book with my own records.

Do you have plans to attempt any other records in future?

Honestly, I’m still celebrating my recent achievements and also enjoying sensation slowly returning to my toes after the swim. Having said that, my mind still wonders what else is out there and I welcome people sharing their suggestions for my next extreme attempt.