Guinness World Records is saddened to learn of the passing of Taylor, the world's oldest living red panda in captivity, who lived a long and remarkably healthy life in ZooMontana, Montana, USA.

Taylor was recently confirmed for his record title at the age 21 years and 265 days as of 27 February 2020 - his very first global achievement - with the help of the staff at ZooMontana.

“All of us at ZooMontana are saddened by the loss of Taylor the Red Panda. He has been a staple within our organization, an animal many of our staff have bonded with. Although these losses are never easy, we are honored that Taylor’s legacy will forever remain in the record books thanks to Guinness World Records. His twenty-two wonderful years will remain on our memories and in our stories for generations to come.”

Residing in an enclosure at ZooMontana in Billings, Montana USA, he shared a habitat with two females named Zoe (born in 2003), Daisy (born in 2006) and another male named Duli (born in 2012).

However, Zoe and Taylor (who were affectionately called “boyfriend and girlfriend” by zookeepers) had an extra special bond. 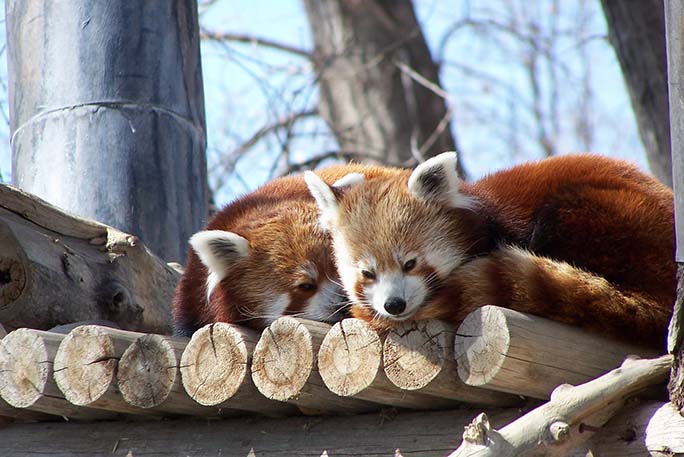 Taylor was so elderly that he unfortunately lost his eyesight, so Zoe acted as his companion and often helped him when he needed to navigate to a different part of the enclosure. His caretakers mentioned that it was quite endearing.

When he was younger, Taylor had a knack for catching birds, and loved to wrestle with other red pandas in his exhibit. He was also very punctual, and did so at 9:15 AM on the dot every morning!

He was taken care of by zookeepers who mastered his favorite treats and routines, and shared fun facts to guests who visited him everyday at the zoo.

“Guests absolutely LOVE Red Pandas. They literally look like a living stuffed animal. So many of our guests have never seen one, so to offer that amazing moment never gets old for us. Taylor was a staple for us here at ZooMontana. Community members knew him and zookeepers  bonded with him. Like all of our animals, Taylor served as an incredibly important, and beneficial ambassador for his species. He allowed us to educate, raise Red Panda Conservation funds and inspire thousands of guests.”

One of the most special things about Taylor was the story about how he got his name. When Taylor was just a young cub, he was visited by a boy named Taylor who loved red pandas. So much that the zookeeper decided to name one of the red panda cubs after him! 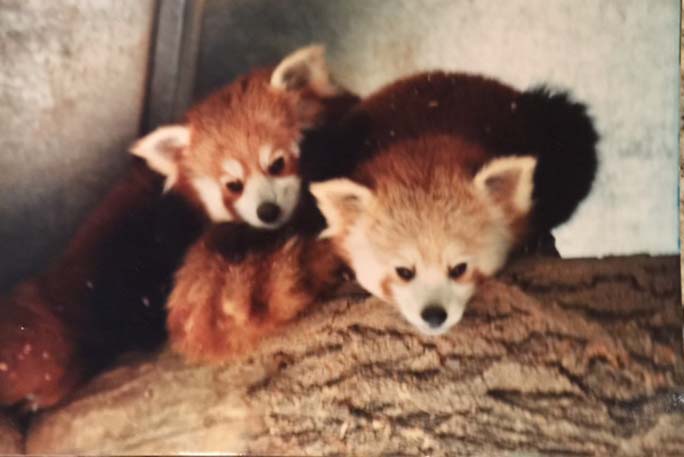 The boy received a letter from that zookeeper in 1999, explaining that he now had one of his favorite animals named after him. It read:

I’m glad you had a good time at the Conservation and Research Center last fall. Because you showed such special interest in the red pandas, I named last year’s cub after you. The panda with the last light face is Taylor. He is the more friendly of the two and always comes down for a piece of apple.”

Since then Taylor’s namesake recently came to visit him as a full grown adult, very happy that the red panda he loved as a child was still around over 20 years later.

Now even though he has passed on, Taylor will be remembered for his favorite activities, which included eating grapes (his favorite snack), taking naps, and marking the enclosure. 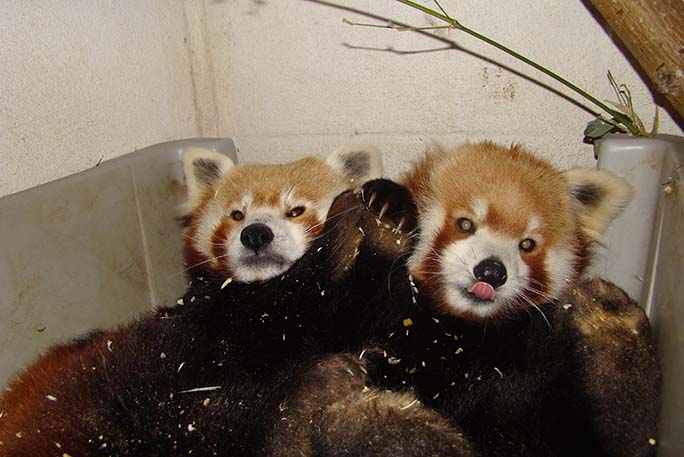 Taylor came very closer to beating the oldest red panda on record (as assessed by experts from Frankfurt Zoo, Germany), which is a male named Kusu from Itozu No Moro Zoological Park in Kitakyushu, Fukuoka, Japan. He was reported to be 24 years old when he died in 2015.

Any red panda in captivity that surpasses the age of 12 is considered remarkable, and so that’s why it was so incredible that he lived to the age of 21. Taylor would have been 22 this June.

“Having had the world’s oldest living panda means the world to us. As a small, community based zoological park, this is something that the entire city of Billings is proud of. We at ZooMontana hold animal care and welfare in the highest regard, and Taylor was a testament to that." 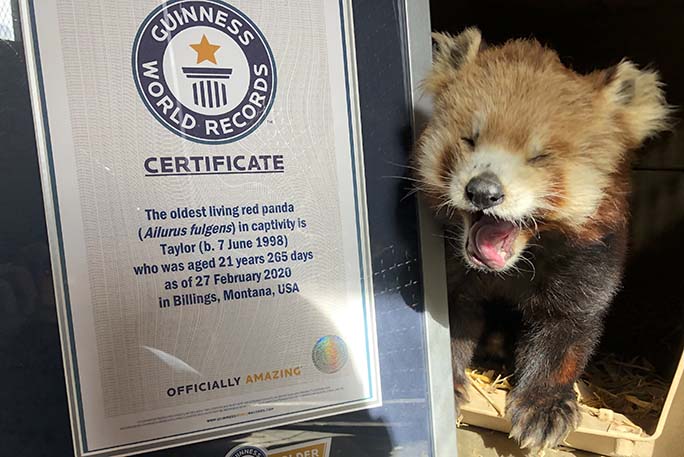