From Iran to Iceland: One woman's adventure to visit every country in the world in 18 months

At the age of 22, most college graduates spend their time kickstarting the first moments of their career, but Taylor Demonbreun (USA) had a different plan for her future.

With a diploma and a dream in hand, she decided her passions did not fully lie in the economics and public policy degree she acquired from Vanderbilt University, but instead embarked on the adventure of a lifetime.

One-and-a-half years later from that definitive moment, after seeing everything from the ancient pyramids in Egypt to the crystal blue waters of the Caribbean, Taylor has trekked to every corner of the globe to become the new record holder for the fastest time to visit all sovereign nations (overall and female) with a time of 1 year 189 days.

All sovereign countries: The guidelines say you must visit 195 countries - the 193 UN Member States as of December 2018, the Vatican and Chinese Taipei

Her achievement has led to her helping launch Guinness World Records Day 2019, a day which embraces the Spirit of Adventure and encourages people to push themselves to attempt a record on Thursday 14 November.

"After my final summer internship spent working in New York on Wall Street I just took a step back and realised I did not want to spend my life doing something that I didn't love," she explained.

"I had recently finished a semester studying abroad in London where I was able to travel to 20 countries. I have always loved travel and wanted to visit as many places as I possibly could. And, one day, it all just sort of clicked - I want to work in travel, someday I want to visit every country, and I want to inspire others to travel as well."

During her studies in her final semester, Taylor was planning a way to visit every nation in the world.

It wasn’t long before she stumbled upon Cassie DePecol's 2018 record of one year 194 days leaving her inspired to have a go herself. 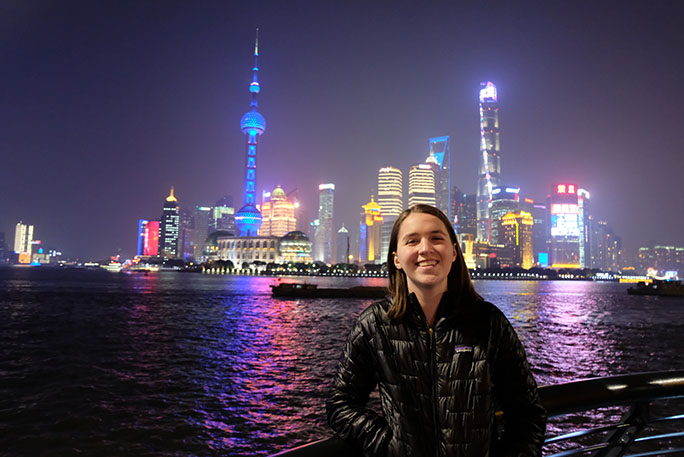 While certainly a tough mark to beat, Taylor's goal to encourage women to travel solo propelled her to go after the record.

"Young women can, and should, see as much of the world as they can. I believe that travel is vitally important to shaping one's worldview, so it is important for everyone to get out and learn more about the world that they live in. To have played even a small part in encouraging someone to travel and see something new makes me so incredibly proud to have worked towards and set this record."

Just two weeks after her graduation on 1 June 2017, Taylor kick-started what would arguably be the most rewarding adventure of her life.

In a race against the clock, she began her journey around the world in the Caribbean islands and parts of Latin America, as those were easiest to get to from her home base in the USA. 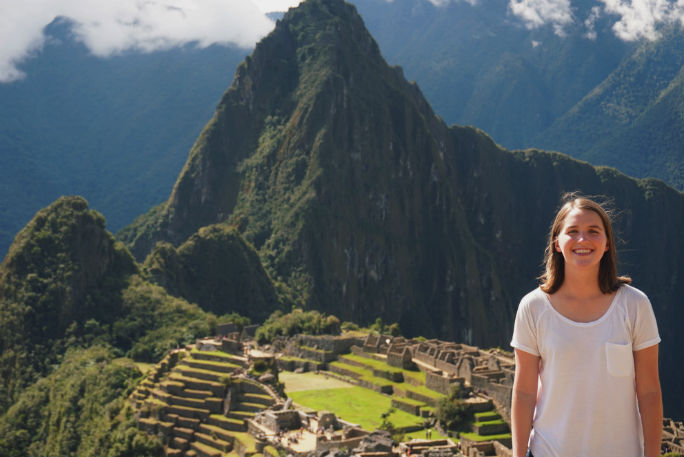 For the next two years, Taylor would be giving up her home in Northport, Alabama to live with her aunt in Dallas, Texas, as the area was more of a central hub for international flights going in and out of the United States.

While planning the trip of a lifetime didn't provide much stress, her multiple visa applications could have affected her record attempt. 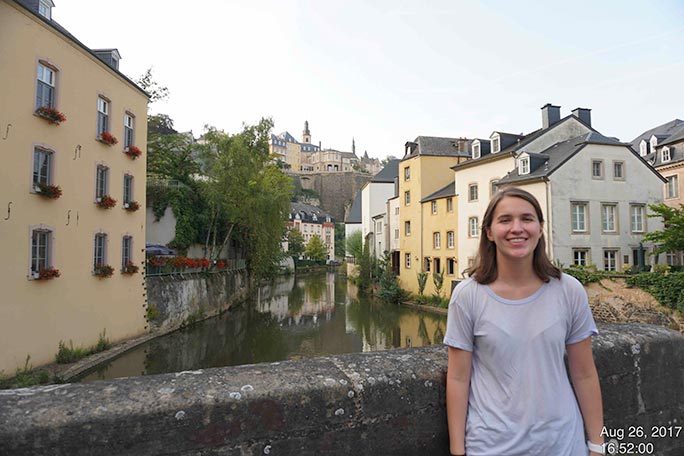 "It was relatively easy to map out where and when I wanted to go somewhere, but I had absolutely no control when it came to the visas. If an embassy wanted to keep one of my passports for months they could do just that and there was really nothing I could do. Luckily, I was able to get most of my visas in a timely manner but there are some that continue to give me nightmares over how big of an ordeal it was to get them."

The timing of visas helped dictate her route, which is why she headed over to Europe as well as the Middle East in the next part of her excursion. 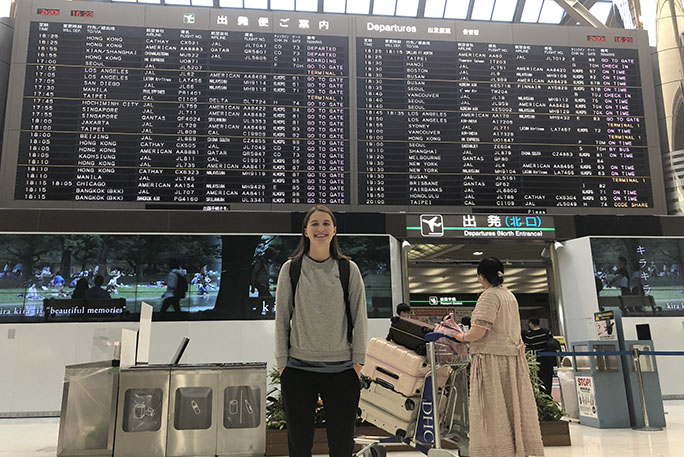 Amid the many cities and flights taken around to globe (using 114 airlines in total), she would only spend up to a few days in each nation but made an array of wonderful memories along the way.

Taylor attributes some of her most eye-opening experiences to the kindness of those she met, singling out her time in the Iranian city of Kish. 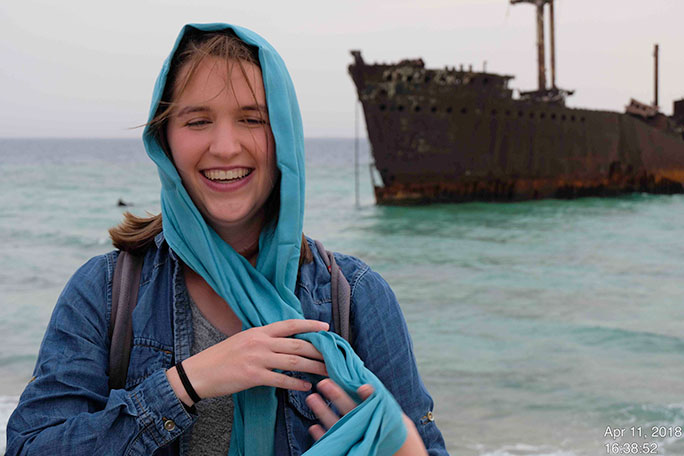 "I spent the day being shown around by my lovely hosts before being invited to a dinner with some of their friends that evening. It was a night filled with laughter, singing, dancing, and the constant use of translators and Google translate to talk with everyone there. In that one evening, every preconceived notion that I might have held about the people of Iran was shattered." 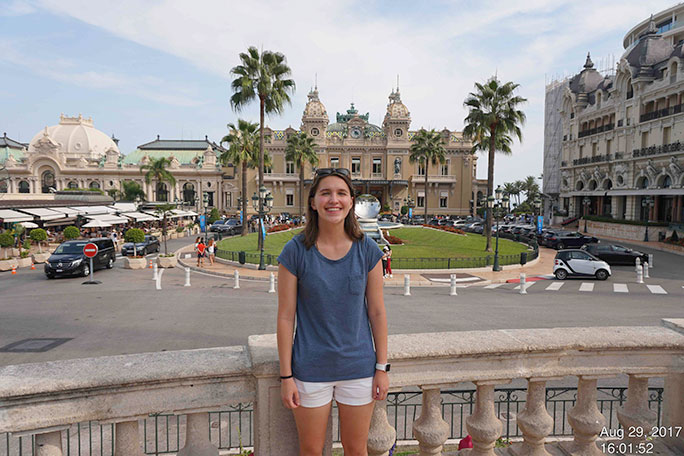 Along the way Taylor also faced great adversity, with family emergencies requiring changes to the plan.

"Both of my parents were in the emergency room at varying points in my trip and I definitely had to plan around those situations as best as I could. They are both doing great and are back to full health now, but about two months of my record time all-together were spent at home as much as I could to help take care of my mom.

"Also, finding out that my dad had a heart attack while I was stuck in the middle of Africa was not ideal, but I got home as quickly as I could and he recovered at an amazingly fast pace!"

Taylor also found herself braving some of her own lifelong fears; social anxiety had previously been a struggle until she was immersed in cities full of people she had never met using languages she couldn't speak. 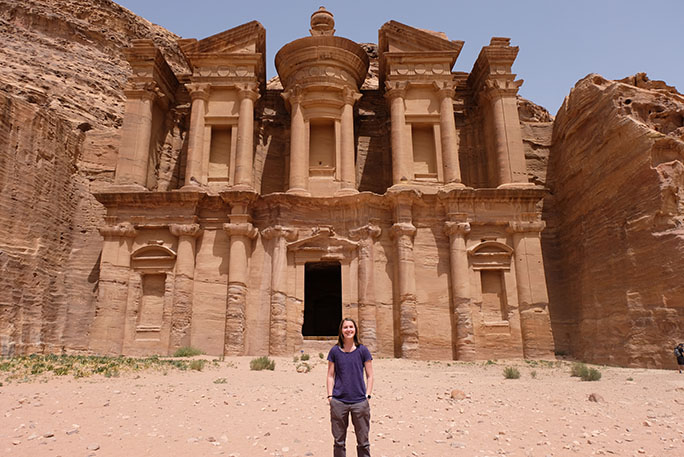 As this kind of adventure is quite difficult to pursue without interacting with others, conversations became easier for her as she realised the extent of strangers' humanity and generosity.

"I have seen just how kind and willing to help people are in every country of the world and have really grown so much in how I am able to relate and converse with others. So, when I say that these travels changed my life, I mean it in so many more ways than it might seem. I have truly grown so much and become really comfortable in my skin." Traveling solo for weeks at a time, self-doubt would often slip into the picture as she worried about not achieving the record in time.

But despite this fear, nothing stopped her from reaching her final country, Canada, on 7 December 2018 where she celebrated the close of her world exploration with friends and family. 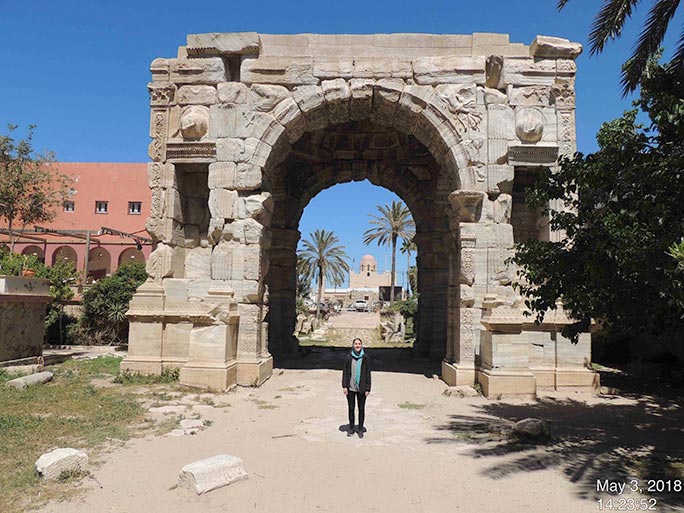 "My mom has definitely been hugely important throughout my life because she has always believed in me and been supportive of me no matter what.

"I was at home a few weeks back going through some childhood things and I found a school notebook from the second grade that asked me essentially the same question, and my answer then really speaks to how much she has always built me up. I answered that my mom was my role model, 'because she always tells me that I can do anything and that I can do anything that boys can do’'

"I have felt that encouragement for my entire life and having that constant support led me to believe that I could always do whatever I set my mind to." 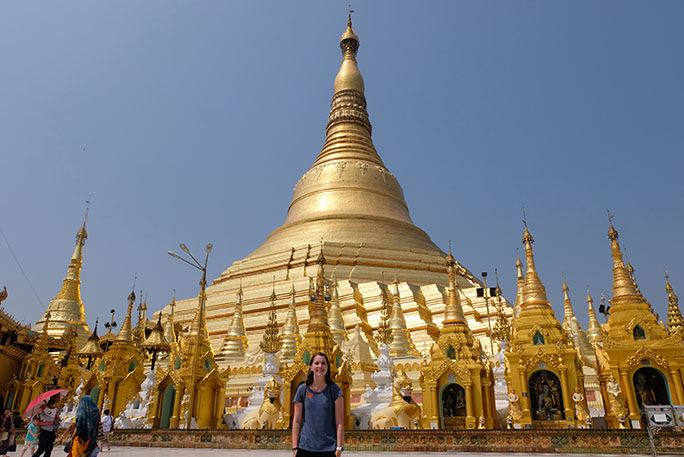 Although Taylor mentioned her two favorite countries were Iceland and Singapore, that doesn't stop her from wanting to continue her work in the travel industry or visit the countries she's been to all over again.

After earning her first Guinness World Records title, she plans to chase after her passions, potentially write a book about her experiences, go to the next Olympics with her brother, and continue to inspire others with the lessons she retrieved from her time abroad. "My biggest takeaway from this entire experience is how similar everyone around the globe really is. I harp on this a lot because I truly think it is so important for everyone to know and try to understand. Some of us were born into incredibly lucky circumstances and some of us were not. We had no say in that matter, but we do have a say in how we live our lives.

Universally, everyone I met was so incredibly kind and generous. I was always blown away when people who had almost nothing of material value would share what little they had, even if sometimes that was just a conversation." 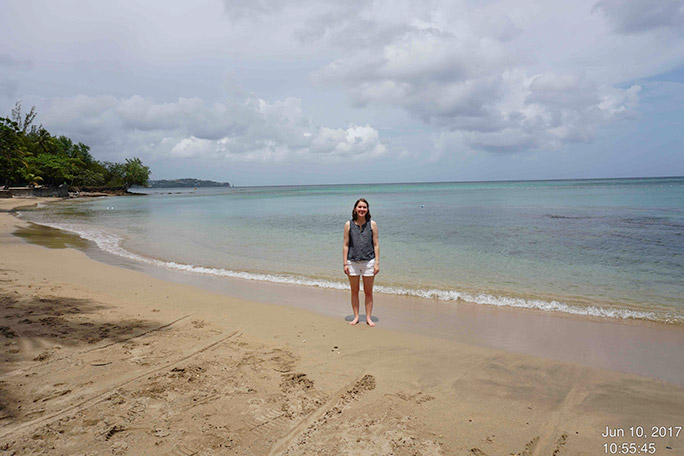 "Everyone just wants to live in a country that is safe for themselves and their families. We all might look a little different, speak a different language, or practice a different religion, but that inherent desire for the basic values, freedoms, and safety in life is the same in all of us."

Feeling inspired to attempt a Guinness World Records title yourself? Discover your Spirit of Adventure by finding out more about GWR Day, including how you can get involved on the day itself (Thursday 14 November). We realise everyone’s adventure is different, so whether it's taking on a new challenge, fulfilling a desire for adrenaline or perfecting your existing skills – there's a record waiting for you. 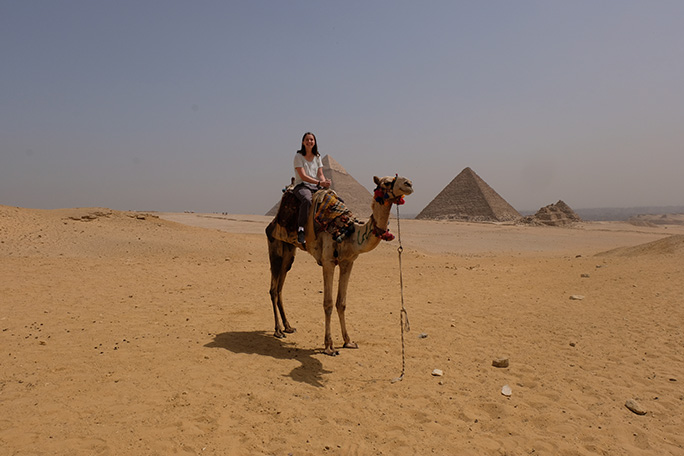