The owner of the longest fingernails ever recorded on a single hand has had them cut after 66 years.

Shridhar Chillal from Pune, India, had his nails, which hold the record for the Longest fingernails on a single hand - ever, cut at Ripley’s Believe It or Not! in Times Square, New York, US.

The 82-year-old had been growing his nails since 1952, when he was 14, after being told off by a teacher for accidentally breaking his long nail. 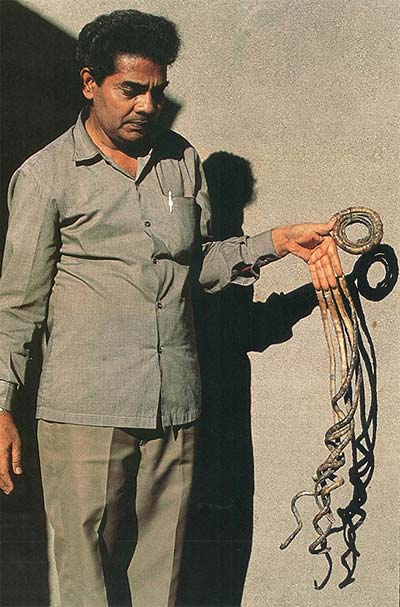 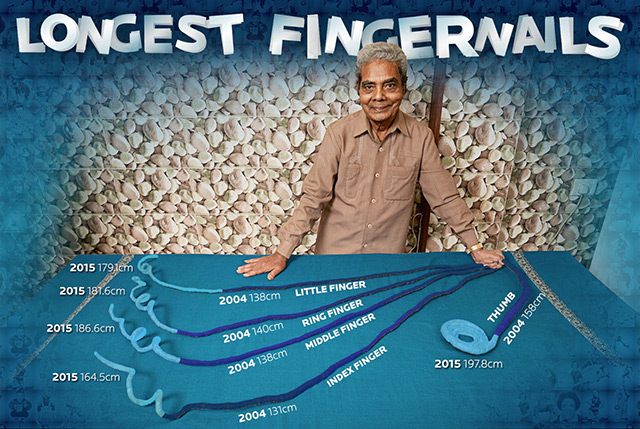 Shridhar first appeared in Guinness World Records 1979, when his nails measured a combined length of 219.7 cm (86.5 inches). His most recent appearance in 2018’s Science & Stuff which explains more about fingernails and how they grow.

When asked by Guinness World Records in 2015 how his nails affect his life, Shridhar said they were extremely fragile and he needed to take care when sleeping.

"I can’t move much, so every half an hour or so I wake up and move my hand to the other side of the bed." 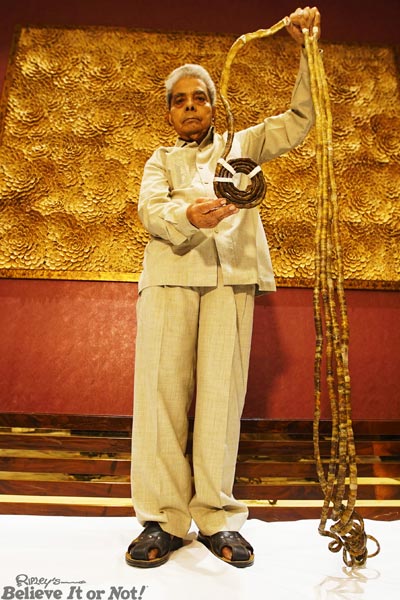 Despite opposition from his parents, he said he would be able to work with one hand, eventually becoming a photographer with a customised handle to accommodate his nails when using the camera. 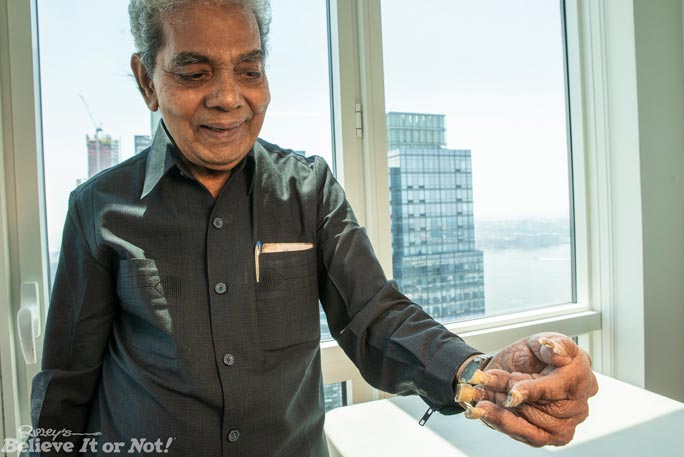 He only grew the nails on his left hand, keeping his right hand trimmed. Due to years of growing his nails and their weight, his left hand is permanently handicapped; he cannot open his hand from a closed position or flex his fingers.

"I am in pain. With every heart beat all five fingers, my wrist, elbow and shoulder are hurting a lot and at the tip of the nail there's a burning sensation always."

Shridhar’s nails will now be displayed at Ripley’s Believe It or Not! in Times Square.