Guinness World Records, is saddened to announce that Ms Violet Moss-Brown of Duanvale, Trelawny, Jamaica - record holder for world’s Oldest living person and Oldest living woman - has died at the age of 117.

Born in Jamaica on March 10, 1900 to parents John Mosse, who was a sugar boiler, and Elizabeth Riley, who died at age 96, Brown was born 67 years before Jamaica was founded, when it was still part of the British Empire. 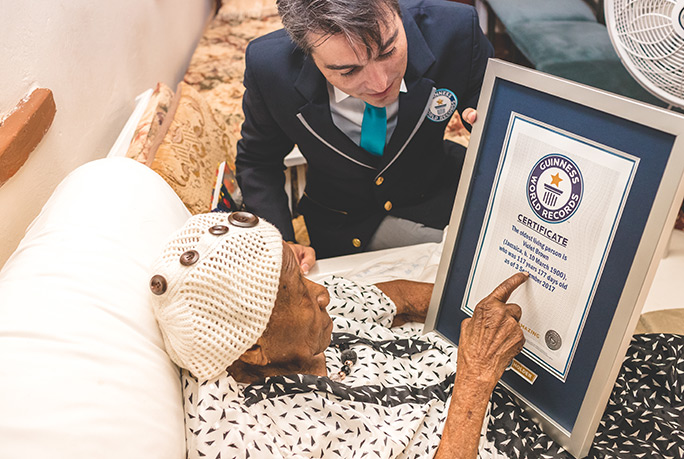 Better known by family and friends as ‘Aunt V,’ Brown officially claimed the title on July 27, 2017 aged 117 years and 139 days old. Violet features in the Guinness World Records 2018 book and was presented her certificate at her home in Jamaica on September 3, 2017 by Guinness World Records’ Director of Latin America Carlos Martinez.

"It was truly an honour to present Ms Violet Brown with her Guinness World Records certificate for being the oldest person living, as she put it, 'in the entire world'," said GWR's Carlos Martinez. "Not every day does one have the opportunity to share some time with the person who has been on this planet the longest." "Violet was so happy to see her photo in the book and enjoyed talking about her childhood. It was an incredible afternoon. She was very proud of her country, so she wanted to make sure that we enjoyed Jamaica as much as possible during our visit."

When asked about the reasons for her longevity, Violet claimed that there is no secret formula to her long life, telling the Jamaica Gleaner:

"Really and truly, when people ask what I eat and drink to live so long, I say to them that I eat everything, except pork and chicken, and I don't drink rum and dem tings".

Brown was baptised at the age of 13 into the Baptist Church. She married Augustus Gaynor Brown, with whom she had one daughter. She has seven children in total, four of whom are still living. 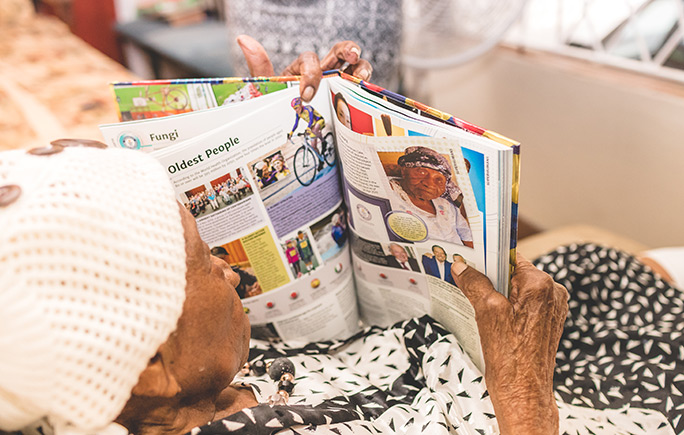 The last living former subject of Queen Victoria, Ms Brown is also the first verified supercentenarian from Jamaica. In 2015, she was given a letter by Queen Elizabeth II in honor of her 115th birthday.

“Given the frequency with which the category of oldest living person changes hands, it’s not always possible to feature every holder in the book. But I’m pleased to say that Violet made it into the 2018 edition,” said Guinness World Records Editor-In-Chief, Craig Glenday.

“She was a fascinating character – not only was she the last living subject of Queen Victoria but she shared another record for longevity with her 96-year-old child: the Highest combined age for a parent and child (living). Harland Fairweather was born in Jamaica on 15 April 1920, which meant that he and his mother had a combined age of 213 years 345 days in March earlier this year." 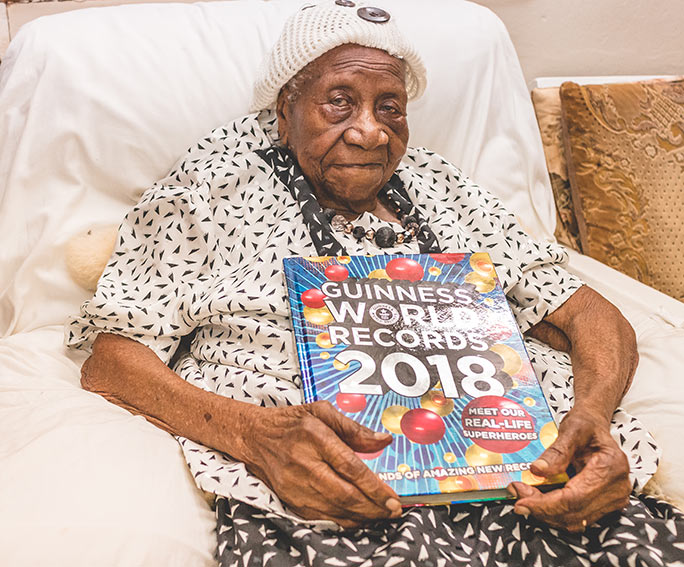 "As a child of 1900, Violet was born before the advent of zeppelins, vacuum cleaners and Nobel Prizes, and the world population was a quarter of what it is now. Not only was Queen Victoria still alive, so too was author and wit Oscar Wilde, composer Giuseppi Verdi and painter Henri de Toulouse-Lautrec."

“There’s no doubt that Violet was a remarkable woman, and it’s an honour to be able to bookmark her place in history."

The previous oldest living person, Emma Morano, sadly passed away on April 15, 2017 aged 117 years, 137 days. The Oldest person ever to have lived is also female, Jeanne Calment (France) who lived to 122 years and 164 days.

There is no current record holder for Oldest living male. Guinness World Records is consulting with our expert gerontologists to verify the potential successor for both the female and male titles and will announce the new record holders as soon as we are in a position to do so.