Last week was declared "Geek Week" by YouTube, a celebration of all aspects of geek culture: from fascinating science and technology, to comic and sci-fi fandom, and of course, video games!

The week saw a wide range of specially-produced "geek" video content on the site, ranging from a remake of the classic British kids TV series Knightmare, to a top 10 list from popular physicist Neil deGrasse Tyson.

Of course, Guinness World Records was right at the centre of the action, as we hosted a live stream of video games record attempts on our OMG! channel, featuring some of YouTube's brightest gaming stars.

FIFA legend KSI was joined by fellow Brits and Call of Duty maestros Ali-A and Callux, along with Spanish visitors ElRubiusOMG and O utconsumer. A couple of the guys had just passed milestone subscriber numbers, so it was only fitting we gave them a cake to celebrate: 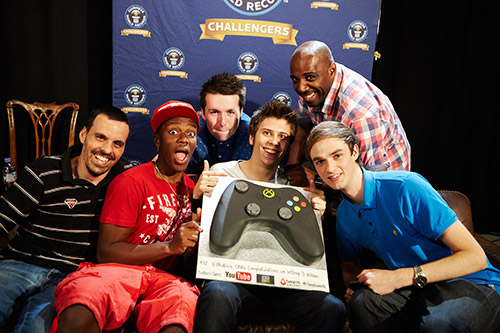 The attempts were overseen by Guinness World Records adjudicators Liz and Anna, and Iyare kept everything going smoothly as host. 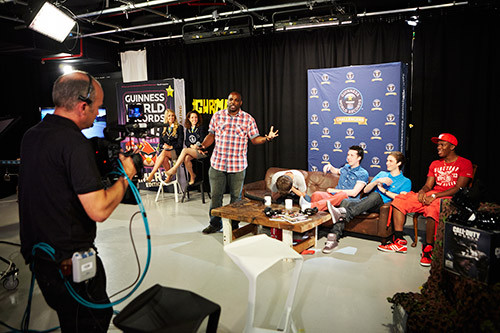 Meanwhile over in the "Social Media Den", Dan kept an eagle-eye out for your comments and tweets, reading out the best ones throughout the stream: 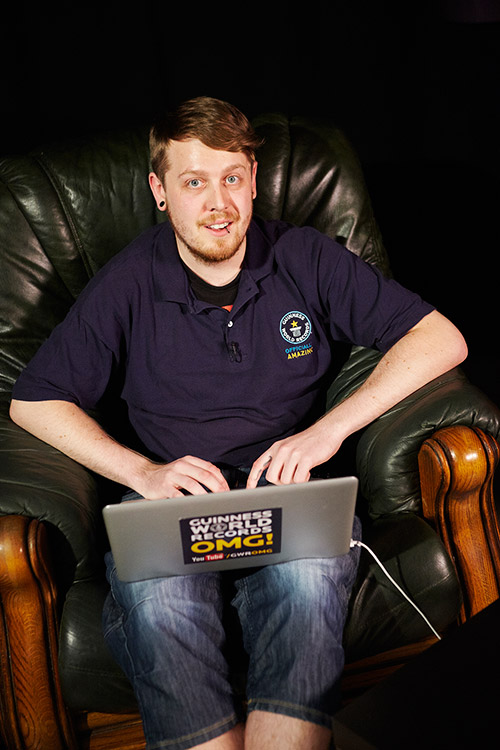 The first attempt was for Gran Turismo 5 on the Playstation 3 - the fastest lap of Laguna Seca may not sound too taxing, but just try it sharing half of the controller with a friend! 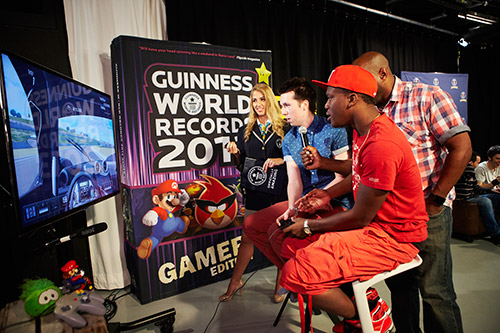 The pairing of KSI and Callux managed to set a record with their opening attempt of the evening, completing the course in just 1 minute 38.20 seconds - and it all got a bit emotional when KSI received his official certificate:

Next came another co-operative record attempt, with a blindfolded player attempting to capture the flag on the Call of Duty: Black Ops 2 (xbox 360) "Overflow" map in the fastest possible time, as their teammate guides them with verbal commands.

Ali-A proved his mastery of the game, setting a record by guiding a sightless Outconsumer to victory in a time of 1 minute 00.52 seconds: 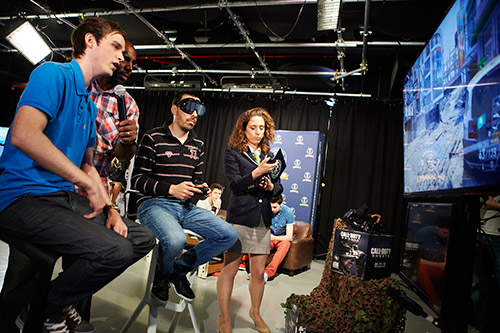 Our final attempt of the evening was the most goals scored from behind the 18-yard line in one minute on FIFA 13 (Xbox 360). Hopes were high for KSI to beat the minimum requirement of five goals, despite being forced to play as one of his most-hated players, Robin Van Persie.

Sadly RVP was not an MVP for any of our challengers, as none of them managed to set a new record on our final challenge. However, both of the records set on the stream will be featured in our next Gamer's Edition book, to be released later this year!

Thanks to all the YouTubers present for taking part, and make sure to subscribe to our GWROMG! YouTube channel to ensure you don't miss any future live record-breaking streams.

Hungry for more record-breaking gaming geekery? Why not vote in our best video game of all-time competition, or watch a replay of the Geek Week OMG! gaming stream below.