Here at Guinness World Records, we pride ourselves on measuring only objective achievements. Things like the “prettiest girlfriend” or “coolest dog” would never find their way onto our extensive record database.

That said, allow me to share a “Happy Mother’s Day!” to all of the “greatest Moms in the world” out there, as tracked in the personal record databases of the millions of people across the U.S.

Sunday is Mother’s Day here in America, marking the 99 th anniversary of the establishment of the holiday on a national level.

To celebrate, here’s a worldwide record-breaking look at the women who made us what we are.

ALL IN THE FAMILY

Mothers help their children accomplish so much, from learning how to tie a shoe to understanding mortgage rates. But mom Jan Meek and her son Daniel Byles (both UK) took this partnership to a whole new level with their achievements. They started off becoming the first mother-son team to row any ocean when they crossed the Atlantic east to west from Oct. 12, 1997, to Jan. 21, 1998. Nine years later, they became the first such team to reach a Pole, journeying 350 miles (560 km) in 24 days to get to the magnetic North Pole on May 2, 2007 -- just 11 days before Mother's Day that year. 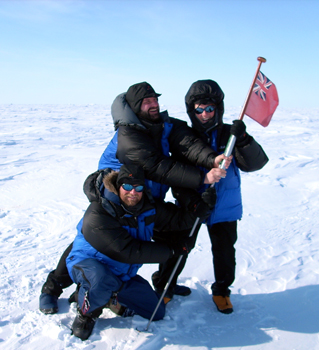 Meanwhile, it would have been difficult for mom Feodor Vassilyev to duplicate Meek’s tactics – if only because she’d find it impossible which child to choose for her adventures.

Vassilyev bore a record-breaking 69 children across 27 different pregnancies in 18 th-century Russia. She gave birth to an astonishing 16 pairs of twins, seven sets of triplets, and four sets of quadruplets – but no sight of a partridge in a pear tree. Not surprisingly, the 16 pairs of twins is also the most such sets born to any one mother.

As for some great age-related maternal records, look no further than right here in the U.S.

The first verified mother-child supercentenarians (meaning to reach age 110 or older) were Americans Mary P. Romero Zielke Cota, who lived to age 112 years 17 days, and her daughter Rosabell Zielke Champion Fenstermaker, who passed away in 2005 at age 111 years 344 days.

As for becoming a mother, the U.S. also boasts the oldest adoptive parent. Frances Ensor Benedict was 83 years 329 days old when she legally adopted Jo Anne Benedict Walker on April 5, 2002. The adoption took place in Putnam, Tennessee, with Walker setting the record for oldest adoptee at age 65 years 224 days. 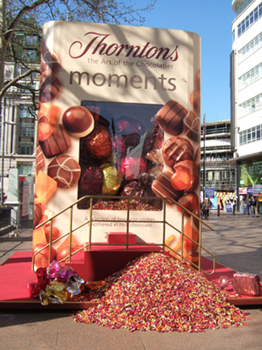 Well, if not, maybe going the world record route is best.

Or maybe the largest bouquet suits Mom better, created by the NordWestZentrum shopping mall in Frankfurt on Sept. 29, 2005, containing 156,940 roses. 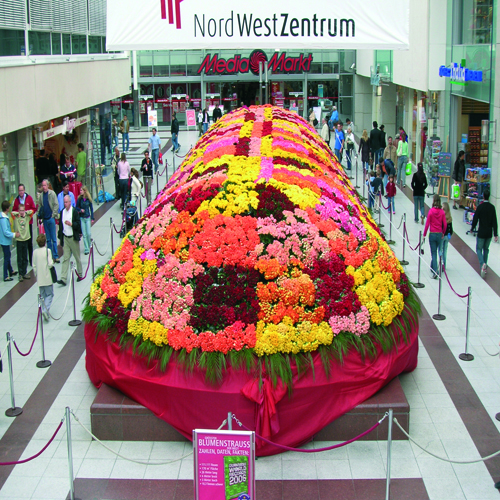 Whatever you do, make sure to give Mom a big hug this Mother’s Day and let her know that, just this one time, Guinness World Records says she is in fact the best.