No strangers to record-breaking, the one and only Harlem Globetrotters have returned to break six titles as part of Guinness World Records Day (GWR Day).

The Globetrotters hit the hardwood and accomplished their feats at the Findlay Toyota Center in Prescott Valley, Arizona, USA, amidst their current "Pushing The Limits" world tour.

The theme’s overall message is to encourage everyone, no matter where in the world they are or what they want to do, to take on a new challenge, fulfill that desire for adrenaline or perfect their skills through record attempts.

And, that’s exactly what the Globetrotters did, and have been doing since making basketball history with their first GWR Day participation back in 2013.

For more than 90 years, they have been traveling the world bringing fun and entertainment to fans. In the process, they have achieved the Guinness World Records title for the most sovereign countries played in by a basketball team at 101 countries!

Below is the full list of records achieved for this GWR Day.

The most sovereign countries played in by a basketball team is 101, and was achieved by the Harlem Globetrotters (USA) from 1926 to 2019. 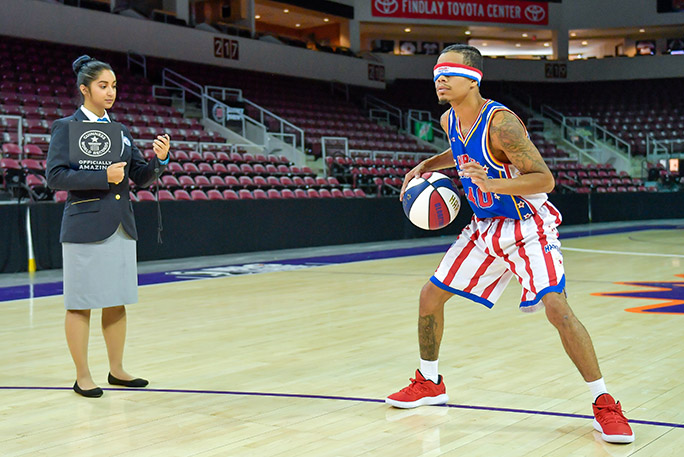 The most bounced basketball figure-eight moves blindfolded in one minute is 63, was achieved Rochell "Wham" Middleton (USA) of the Harlem Globetrotters. This is Wham’s first record and broke it on his first try. 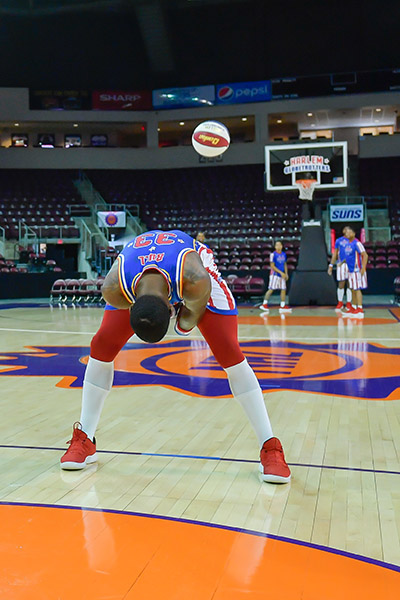 The furthest under the legs basketball shot is 19.16 m (62 ft 10.38 in) and was achieved by William "Bull" Bullard (USA) of the Harlem Globetrotters. Bull also holds the record for farthest back somersault basketball shot. 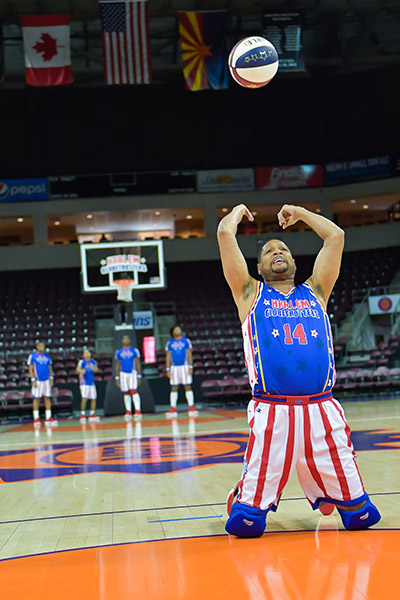 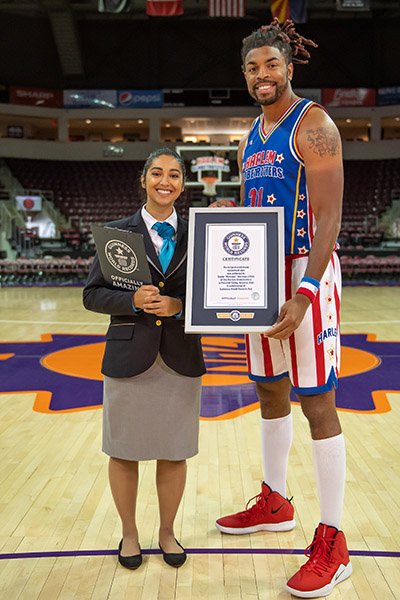 The farthest kneeling basketball shot made backwards is 19.39 m (63 ft 7.5 in), and was achieved by Chris "Handles" Franklin (USA) of the Harlem Globetrotters. Handles won back the record title after having set it back on 5 November 2015 in Phoenix, Arizona, USA.

The farthest behind-the-back basketball shot is 12.97 m (42 ft 6.5 in), and was achieved by William "Bull" Bullard of the Harlem Globetrotters. 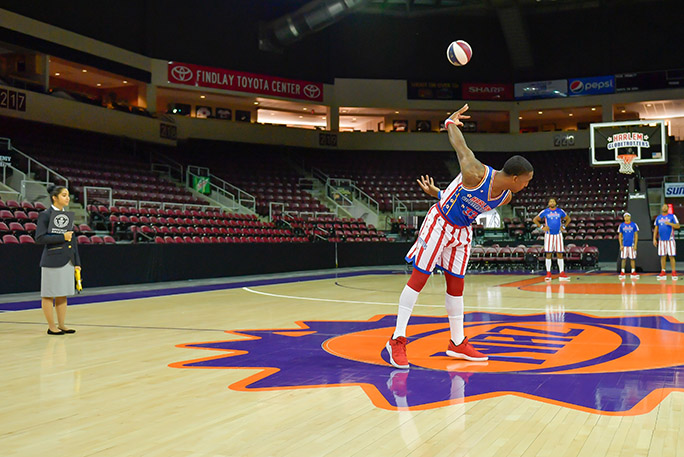 Hammer & Bull are vets to the record-breaking game having been a part of setting the record for the most basketball half-court shots made in one hour by a team at 348 in New York, New York, USA, on 11 October 2017. The record was achieved by Hammer, Bull and Globetrotter teammates Buckets Blakes, Thunder Law and Spider Sharpless (all USA).

Overall, the Globetrotters have held 25 Guinness World Records titles at one point, and currently hold 22.

Guinness World Records Adjudicator, Christine Fernandez, was onsite to verify the records and present the players with their official certificates. 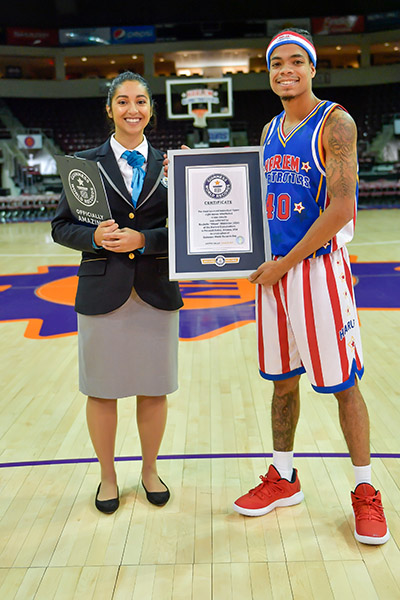 Of their achievements, Fernandez said: "It was very exciting to witness the Harlem Globetrotters break several amazing records. The team encouraged and cheered each other on every step of the way. Their dedication to achieving incredible basketball feats and passion for record-breaking is inspirational."

For more updates and the latest in GWR Day news, follow along on our social channels and use #GWRDay.