They are typically bold, sometimes risky, even dangerous but passion is what drives people around the world to go on adventures, and more over be the best at it.

That is what drove Team Angel Wolf, a non-profit foundation which promotes inclusivity and integration of people with disabilities in the community, for more than five years until they were at the point of attempting the fastest time to swim 5 km pulling a canoe/kayak, and the 10-km equivalent.

Father-of-two Nick Watson, who celebrates his 50th birthday on Guinness World Records Day (14 November), took on the challenge. With his disabled son Rio in the kayak, Nick set the five km record at 2 hours 42 minutes 48 seconds before powering on to complete 10 km in 6 hours 6 minutes 52 seconds.

Nick, his wife Delphine and 13-year-old daughter Tia, are all part of Team Angel Wolf, an entity set up by the family to promote inclusion of people with disabilities and health. At the centre of their journey journey is Rio, 16, who has a rare chromosome disorder called 1q44 deletion denovo syndrome which affects his speech and motor skills.

His family has involved him in triathlons, races and swimming competitions, making him a very cheerful, loving young man. 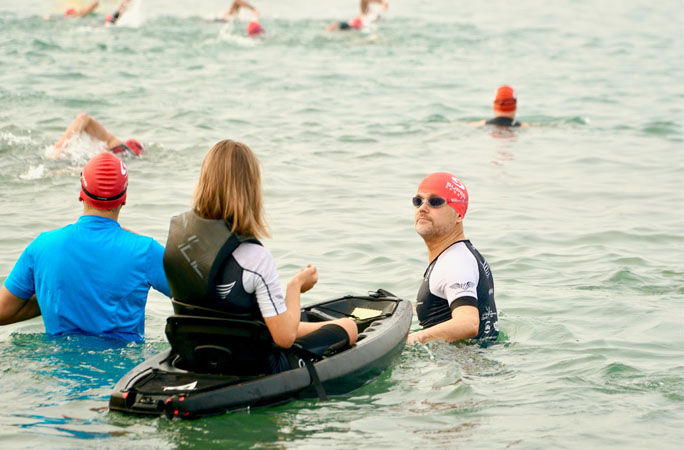 At 6.12a.m. on 2 November Nick and Rio set off from the Dubai Offshore Sailing Club for a journey that is marked as one of their most difficult, yet enjoyable, one-day challenges.

Since inception, Team Angel Wolf has been promoting the values of inclusivity and promoting their goal of spreading awareness, inclusion and integration of disabled people in the community, inspiring communities to embrace their own health and fitness, encouraging teamwork/family and prove that "anything is possible". 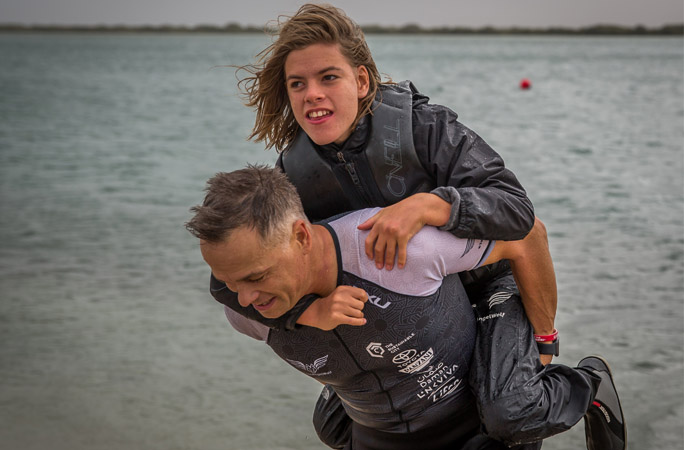 As a former British Royal Marine, Nick Watson is used to gruelling physical ordeals and his non-profit project is widely gaining attention by the community across the UAE.

His foundation's call for a more inclusive, healthier, kinder global community is paying off.

"Sport can really break down barriers. It brings people together," he said. "It changes the way people interact with each other.

"It has been five years that we have been racing together, and Rio has covered over 6,000 km of biking, swimming and running. Seeing the smile on Rio’s face in every adventure is priceless, and it is mainly what kept me going in my record attempt, knowing that he is enjoying it. I am a proud father today." 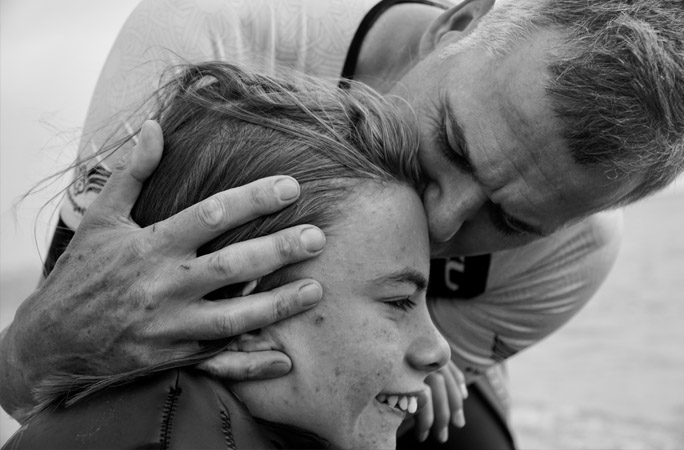 "Out of all the applications we’ve received from all over MENA this year on Guinness World Records Day, we have been fortunate enough to witness the attempts of these amazing individuals each with an inspiring story, and an aspiration to make a difference in the world. In fact they are some of the most inspiring tails we’ve come across in the region.

"Our efforts to making the amazing official has paid off, and we are delighted to carry on in inspiring more individuals, families, schools, teams, groups, companies and communities to tell their stories through record-breaking." 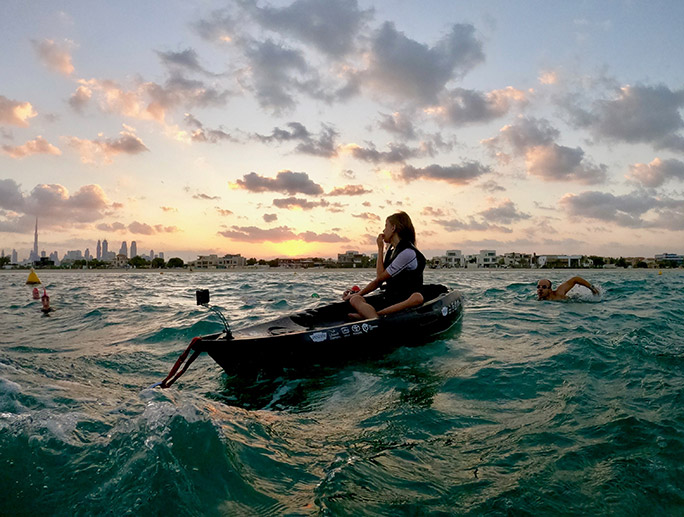 Team Angel Wolf has had an amazing race season in the past year with many accomplishments – including but not limited to - being Ambassadors for the Special Olympics World Games Abu Dhabi 2019, completing the #777 Challenge (seven middle distance triathlons in seven consecutive days in seven Emirates), and taking part in the Dubai Run which marks Rio’s 200th race.

"Our mission at Team Angel Wolf is achieved through participation in sporting events, adventures, inclusive community activities, and inspirational talks within schools and the private sector. We encourage everyone not to settle and chase their dreams. One day these dreams will come true. They usually do at the time you least expect," Nick concluded.

Team Angel Wolf season has many upcoming inclusive exciting adventures, challenges, and community involvements. According to Nick the aim for the 2019-2020 season is to introduce new inclusive lifestyle elements and finding additional community engagement opportunities to expand the profile and message of all that Team Angel Wolf represents. 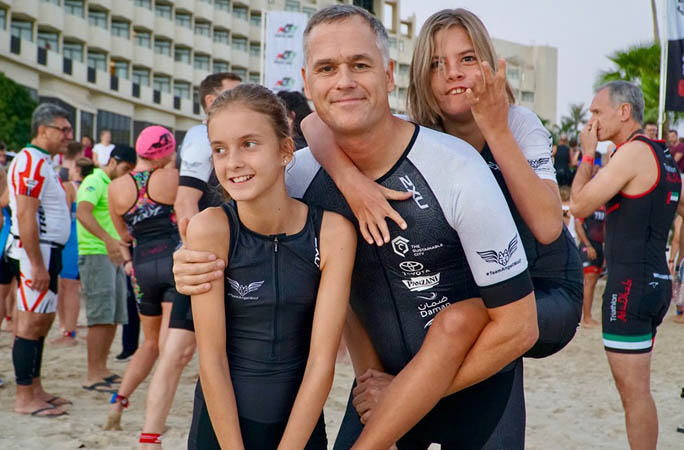 Read about other achievements celebrated on Guinness World Records Day: