Both feats were accomplished in celebration of the restaurant chain’s new partnership with Coca-Cola, including a special Coke® Float for a limited time. 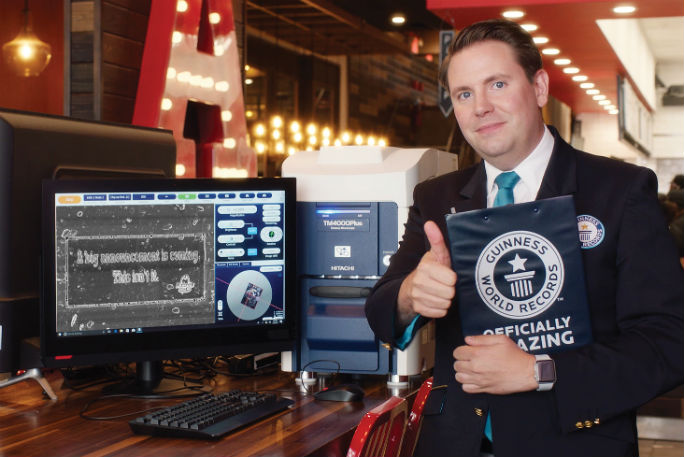 Thus they began teasing this with the Smallest advertisement – a minuscule print on a sesame seed which typically goes on their sandwich bun.

The ad was created in collaboration with Georgia Tech’s Institute for Electronics and Nanotechnology (IEN) using a focused ion beam, Georgia Tech engineers which etched: “A big announcement is coming. This isn’t it.” 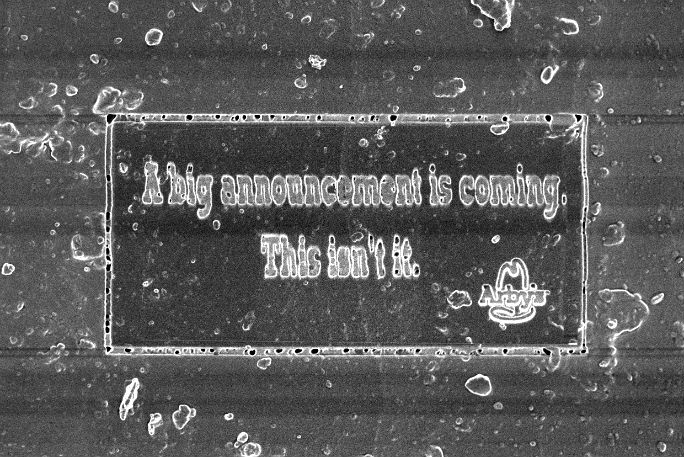 After its rendering, the final measurements of the sesame seed advertisement were 38.3 microns x 19.2 micros, or 735.36 square micron in area, and was later displayed in Arby's restaurant in Manhattan.

Guests were able to view the record-breaking ad by using a Scanning Electron Microscope provided by Hitachi-HTA.

A week after the mysterious message was unveiled to the public, Arby’s and Coca-Cola shared their big news in the biggest way possible: by making a 28,922.10 m² (211,315 ft²) poster in Monowi, Nebraska, which is known as the smallest town in America, containing a population of one. 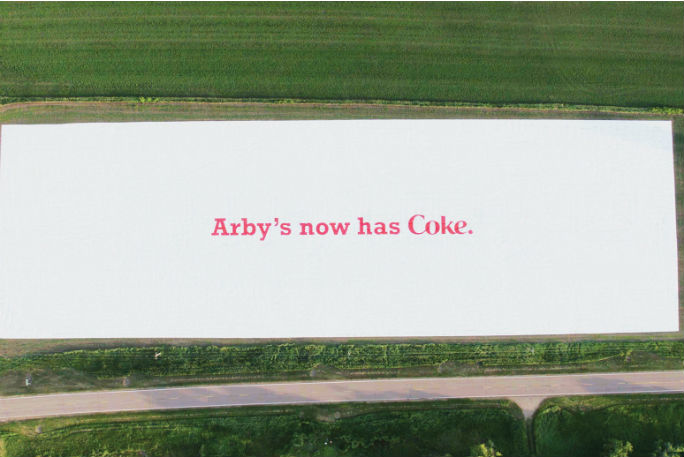 Monowi’s lone resident, Elsie Eiler, stood standing with the poster. She not only acts as the town’s mayor, bartender and librarian, but has also been an Arby’s and Coca-Cola customer her entire life. "We are proud to now pour Coca-Cola products at Arby's restaurants across the United States. They are amazing partners with amazing brands. We’re known for big, meaty sandwiches and variety that is second to none in our industry. We now have an incredible range of Coca-Cola beverages that perfectly complements our menu," Rob Lynch, President of Arby’s.
Could your company use a Guinness World Records title attempt to launch a new product or raise brand awareness? Visit our Business Solutions section to find out how we can help your brand be the biggest and boldest - or get in touch today.