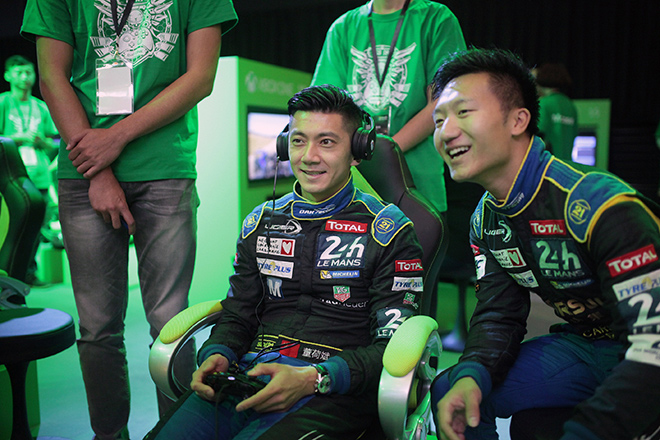 Microsoft wanted a unique promotion to promote the newly launched Xbox One in China and turned to GWR to design an interactive record challenge that could be attempted on their marquee game, Forza Motorsport 5. Guinness World Records worked with an agency to create a live gaming experience, to engage current Xbox One fans and motorsports game lovers, and a gaming challenge that could be opened up to Forza fans globally.

A team record was selected to highlight the reality and excitement of the new game, and a 3 track competition was launched to find the best drivers within China. All customers that preordered the Xbox One also received the opportunity to be shortlisted to take part in the live event which where 21 pairs would have a chance to compete!

The experience was designed to simulate tracks and car racing while the record element enabled brand fans to test their skills and truly experience the game like never before. Professional racing drivers, Ho-pin Tung (Netherlands) and David Cheng (USA) were invited to pit their skills against the teams and eventually went on to become record-holders! The event was broadcast live on gaming platforms and after the event, competition videos were shared on xbox digital and social channels to maintain momentum, fan interaction and visibility for their ongoing launch in China.