Two Scottish cyclists who have both circumnavigated the globe in record time have met in Edinburgh to help launch Guinness World Records (GWR) Day 2019, which takes place on Thursday 14 November. 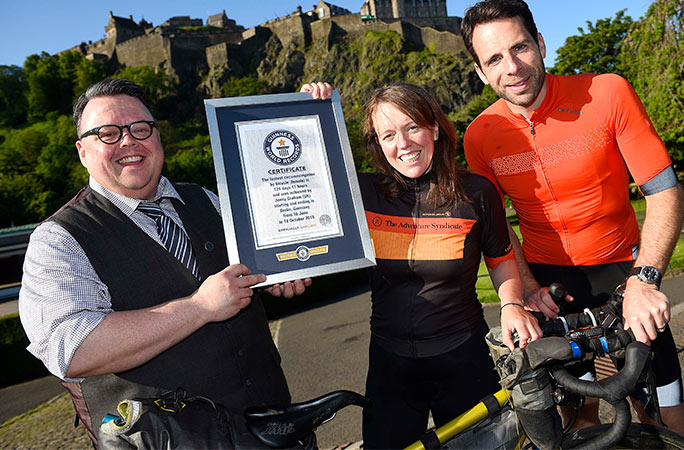 Off the back of their record-breaking journeys, this year's event has the theme, Spirit of Adventure, aiming to encourage people to push themselves and attempt a record - whether that be by traveling, making something, teamwork or trying something that tests your abilities.

Whatever you want to attempt though, both record holders have invaluable advice.

"I'd say 'stick in there at the beginning'," said Jenny. "Getting to the start line is the hardest part. Once you're passed the start line you are doing what you love doing." 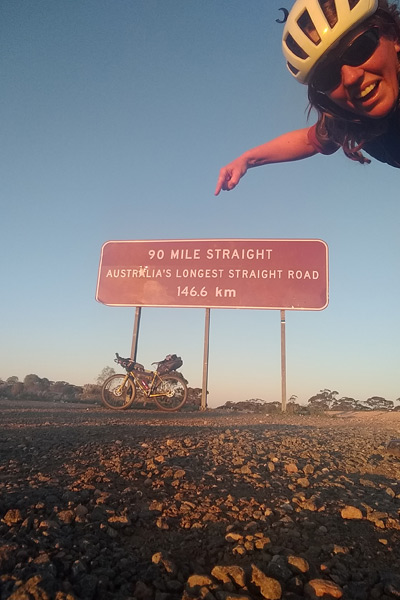 Jenny's record-breaking journey began on 16 June 2018 when she left Berlin's Brandenburg Gate. From there she cycled 18,000 miles through 16 countries - Germany, Poland, Latvia, Lithuania, Russia, Mongolia, China, Australia, New Zealand, Canada, USA, Portugal, Spain, France, Belgium and Holland, as well as taking four flights and a boat to arrive back at the German landmark four months later on 18 October. Jenny pedaled 15 hours each day, covering a daily average of 156 miles and all whilst unsupported, making her achievement even more celebrated.

"I was curious to see how far I could go and now I’m officially a world record holder! When I set off in Bike Week this time last year, I wasn’t sure what lay ahead, but the journey was awe-inspiring, exhausting and ultimately life-changing. I’d encourage anyone to get out on their bike and discover they are capable of far more than they think they are."

The start of Jenny's journey, and the launch of GWR Day 2019, both take place in Bike Week, an annual event which encourages people to switch to two wheels as part of their everyday lives.

Elsewhere, other records achieved which tie into the Spirit of Adventure include:

Feeling inspired to attempt a Guinness World Records title yourself? Discover your Spirit of Adventure by finding out more about GWR Day, including how you can get involved on the day itself (Thursday 14 November). We realise everyone’s adventure is different, so whether it's taking on a new challenge, fulfiling a desire for adrenaline or perfecting your existing skills – there's a record waiting for you.