New York restaurant Serendipity 3 has crafted a deliciously decadent creation which has amounted to the world’s Most expensive milkshake.

Available for ordering as of today (Wednesday 20 June), known as National Vanilla Milkshake Day in the US, Serendipity 3’s LUXE Milkshake has set the new record with a value of $100 USD.

Created for the national day, this lavish milkshake contains some very expensive ingredients which help make this treat so exclusive?

Those who order the LUXE Milkshake will have the luxurious blend served in a custom glass adorned with more than 3,000 premium Swarovski® crystals designed by Master Artist and Kellie DeFries, the ‘Crystal Ninja’. 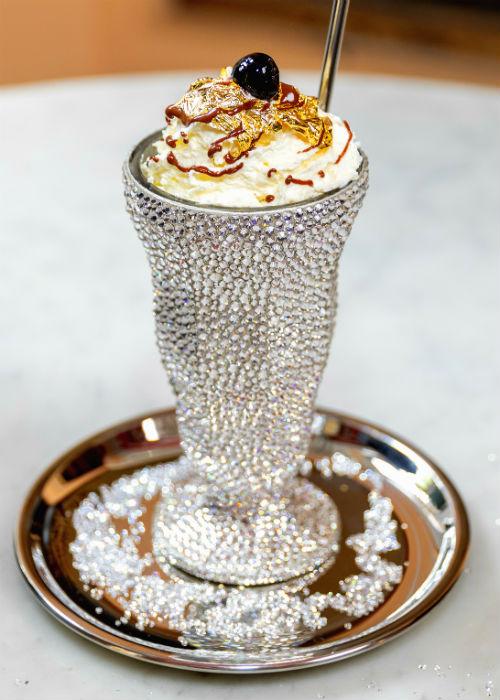 Behind the restaurant’s latest extravagancy is none other than chef, Joe Calderone, who has designed several of Serendipity 3’s record breaking dishes.

For this title, each ingredient was individually selected by the chef for its unique and delectable qualities: 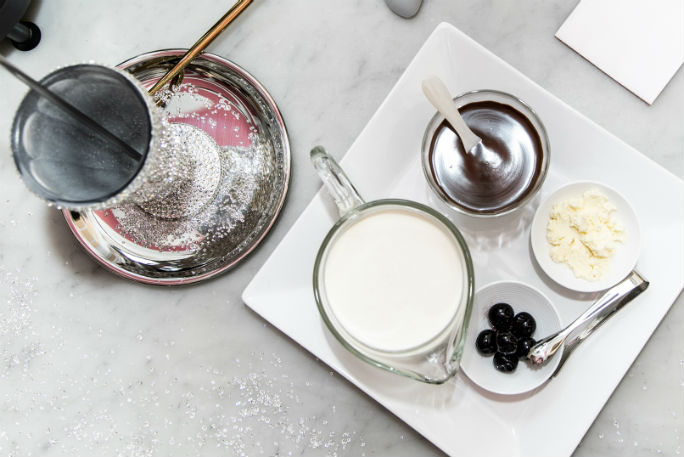 "It is such a pleasure and such an honor to be awarded the Guinness World Records title for Most expensive milkshake. I am thrilled to add this accomplishment to our growing list of record-breaking food items. It was exciting to develop such a unique recipe and I hope our customers enjoy every drop of this creamy, rich milkshake," said Joe Calderone.

For this record to be considered successful, the completed LUXE needed to be purchased.

Step forward food enthusiast and influencer, Ben Setiawan, who volunteered to be the first to try this record-breaking dessert. 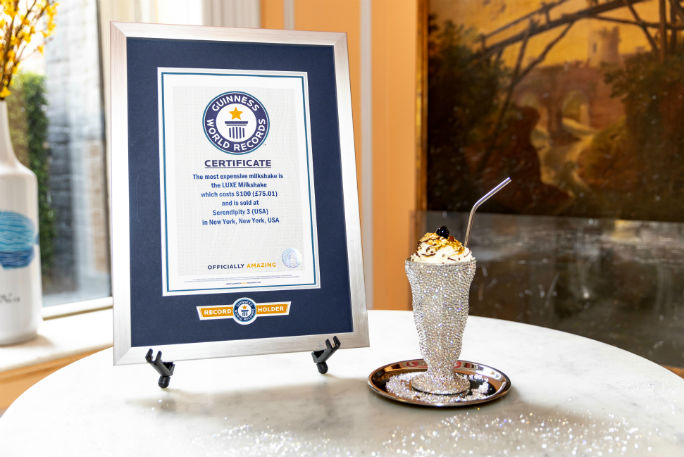 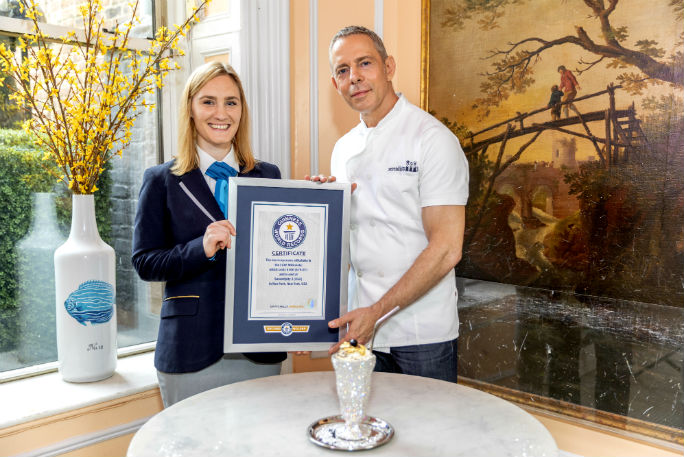