Video: How to make the world’s most expensive sandwich - Meet the Record Breakers

New York-based restaurant Serendipity 3 has earned a Guinness World Records title after crafting the Most expensive sandwich ever.
The confidently named “Quintessential Grilled Cheese” is sold for an eye-watering $214 (£132). 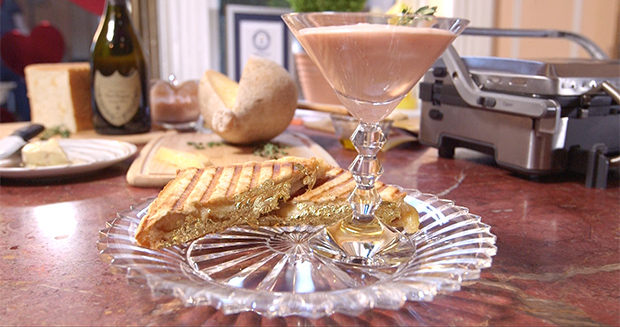 Guinness World Records recently visited Serendipity 3 to learn how the record-breaking toastie is made from the eatery’s Creative Chef, Joe Calderon.
The exclusive and extravagant ingredients used include two pieces of French Pullman champagne bread which is made with Dom Perignon champagne and 24 karat edible gold flakes, white truffle butter and the very rare Caciocavallo Podolico cheese. The sandwich is then served on a Baccarat Crystal plate with South African Lobster Tomato Bisque as a dipping sauce. 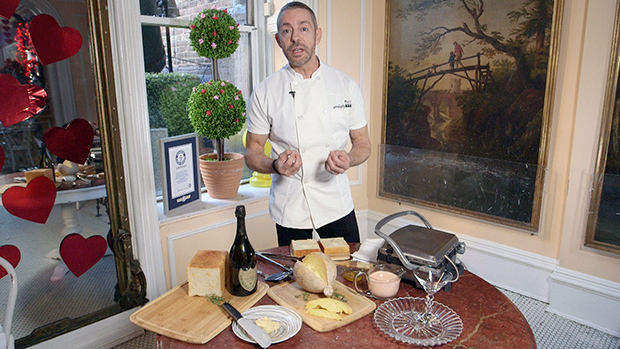 Joe explained: “We came up with the number through pricing out all of the ingredients- of course, they are the most expensive and exclusive ingredients in the world. The sandwich needs to be ordered 48 hours in advance because all of these ingredients are flown in especially for your order. When you take a bite of the sandwich, you taste the crispiness of the bread, the Dom Pérignon champagne that’s baked into the bread, the creaminess of the white truffle butter and then the cheese- it’s superb.”
Previously, the most expensive sandwich commercially available was the von Essen Platinum Club Sandwich, created by Chef Daniel Galmiche (UK) and is available on the menu of Cliveden, Buckinghamshire, UK for £100 ($200). The sandwich was added to the menu in March 2007.
Serendipity 3 holds a number of other Guinness World Records titles including Most expensive desert, Most expensive hamburger, Most expensive hot dog, Largest wedding cake and Largest cup of hot chocolate/cocoa.
The Serendipity Golden Opulence Sundae was introduced to the menu of the Serendipity 3 back in September 2004 to celebrate the restaurant’s 50th anniversary. It cost a staggering $1,000 (£528.90) and earned a record as the Most expensive dessert.
The sundae consists of five scoops of rich, Tahitian vanilla bean ice cream covered in 23K edible gold leaf, Amedei Porcelana chocolate (of which only 4,000 kilo’s are made each year due its cost) and chunks of rare Chuao chocolate which is from cocoa beans harvested by the Caribbean Sea in Venezuela. Inside the sundae, there are exotic candied fruits and gold dragets, with a topping of Grande Passion caviar (salt free and sweetened with fresh passion fruit, orange and Armagnac served with a small mother of pearl spoon). Finally, the sundae is served in a Baccarat Harcourt crystal goblet with an 18K gold spoon.

The restaurant decided to make an even more luxurious dessert in 2007 with The Frrrozen Haute Chocolate ice cream sundae which cost $25,000 (£12,000).

The dessert uses a fine blend of 28 cocoas (including 14 of the world's most expensive). It is decorated with 5 g (0.17 oz) of edible 23-karat gold and is served in a goblet lined with edible gold. Made in partnership with luxury jeweller Euphoria New York, the base of the goblet is an 18-karat gold bracelet with 1 carat of white diamonds. Naturally, the dessert is eaten with a gold spoon, itself decorated with white and chocolate-colored diamonds, which can be taken home.