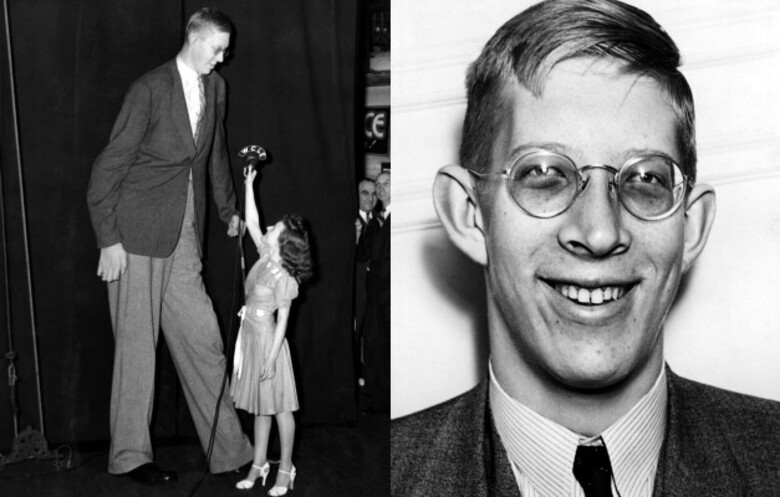 Who
Robert Wadlow
What
272 centimetre(s)
Where
United States (Alton, Illinois)
When
27 June 1940

Robert died at 1:30 a.m. on 15 July 1940 in a hotel in Manistee, Michigan, as a result of a septic blister on his right ankle caused by a brace, which had been poorly fitted only a week earlier.

His last words were 'The doctor says I won't get home for the....celebrations' (a reference to his paternal grandparents golden wedding).

For our 60th anniversary, we looked back over the years at the tallest men, from Robert Wadlow to Sultan Kosen (tallest living man at 8ft 3in).

In the video below, Guinness World Records Editor-in-Chief Craig Glenday explains how this category is one of our most iconic, featuring archive footage and interviews with medical experts and celebrities.

We also talk to school children who give their take on the challenges faced with being the tallest man in the world.

Read more: On This Day in 1940: The tallest man ever is measured