When deciding the name, Denise wanted a big name for a big dog, whereas her husband wanted to call him a cute little name to. When standing, Zeus reached an astonishing 2.23 m (7 ft 4 in) tall!

Despite his height, Zeus had a very laid back personality, he got along well with any human or animal and was very gentle, he was a certified therapy dog that visited people at a nearby hospital.

Due to his impressive height, he was able to drink straight from the tap.

Sadly, Zeus passed away in September 2014 at the age of five. 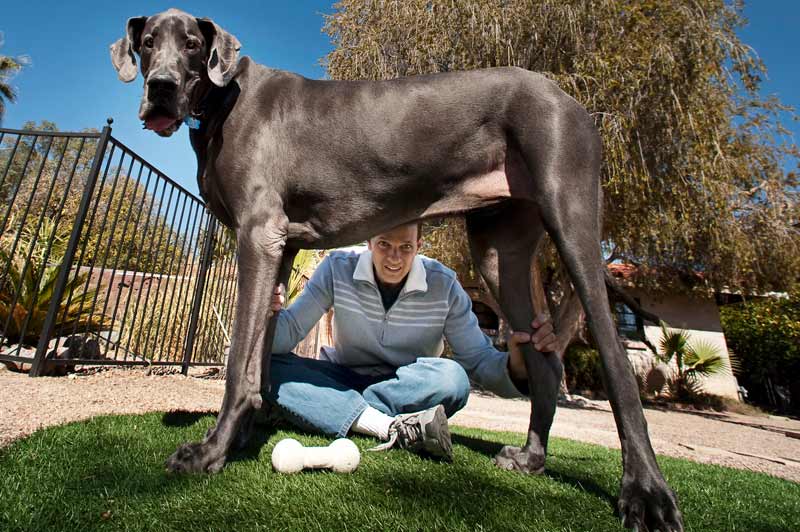 Zeus was one inch taller than the previous record holder, Giant George, who measured 1.09 m (43 in) and also lived in the USA.

George, as well as Zeus and many other previous record holders, is a great Dane (Great Danes tend to be the largest of the big dog breeds). When he was a puppy and he was bought form his owners, he was the runt of the litter!

His owner even wrote a book about how it was living with the largest dog in the world. For example, George used to eat 49.89 kg (110 lb) of food a month! A typical dish included a quarter of a rotisserie chicken, rice, yoghurt and dog food all well mixed. 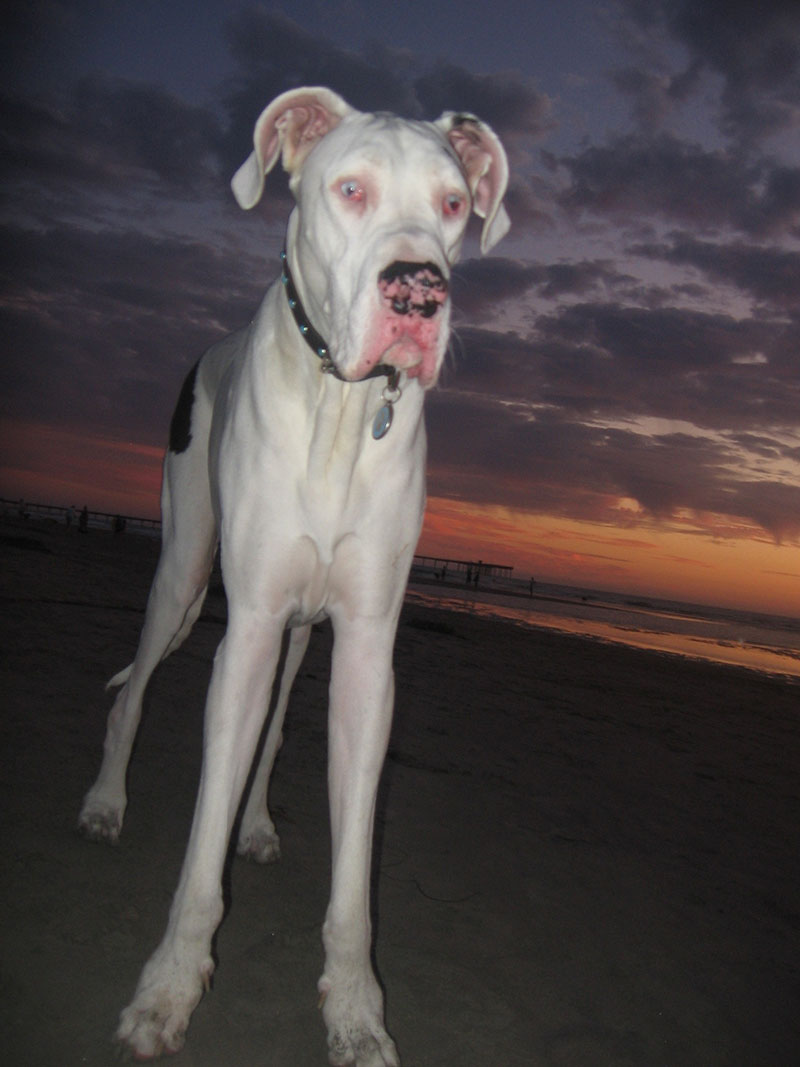 The measurement of Titan was quite challenging, as stated by his vet, who said the giant dog was scared of the measuring device and was deaf and blind. 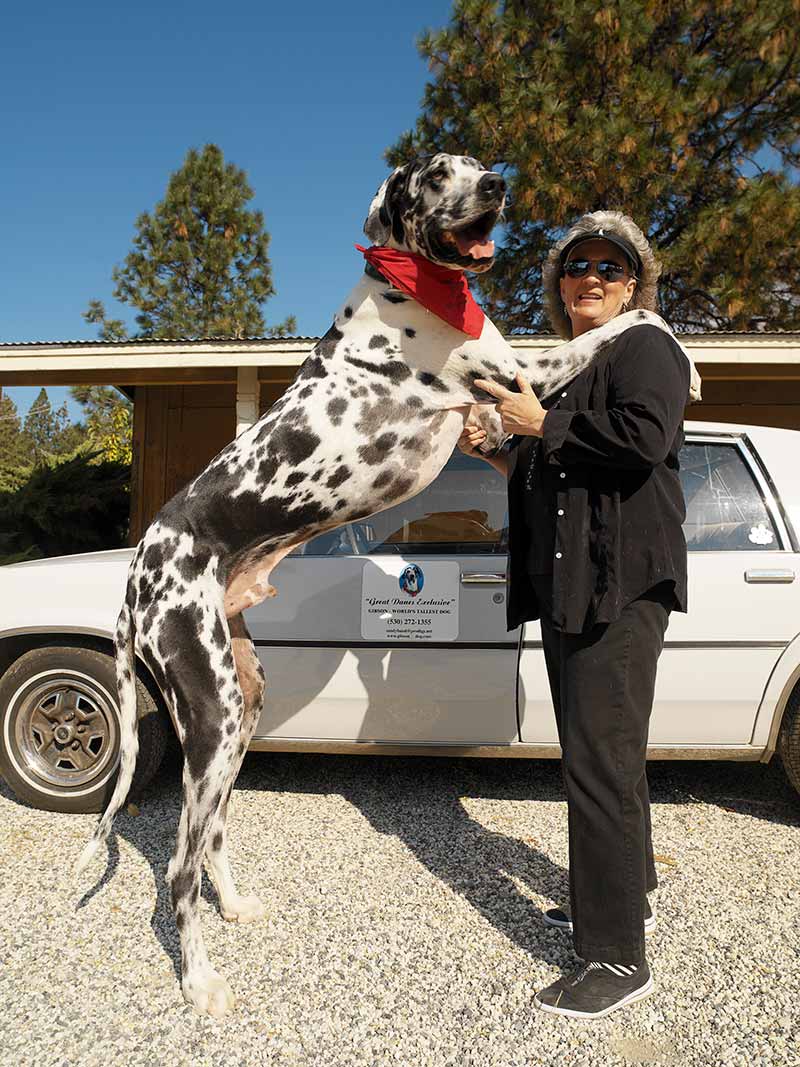 Titan’s predecessor was Gibson, a Harlequin Great Dane from Grass Valley, California, USA, who was only a few millimetres shorter. 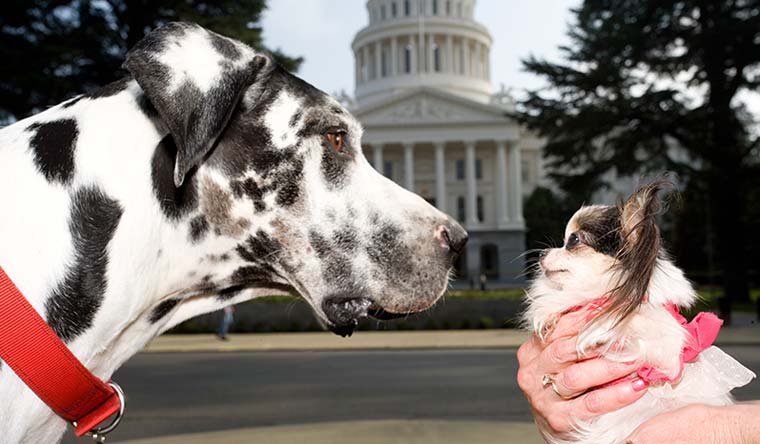 A meeting of the world's biggest smallest dogs took place in 2007 when Gibson met Boo Boo, a female Chihuahua who at that time held the title for Smallest dog (height).

This height was equalled by Harvey, another Great Dane from the UK, who used to sleep on his own twin bed.

READ ABOUT MORE AMAZING ANIMALS ON OUR DEDICATED PAGES