Oldest koala in captivity ever 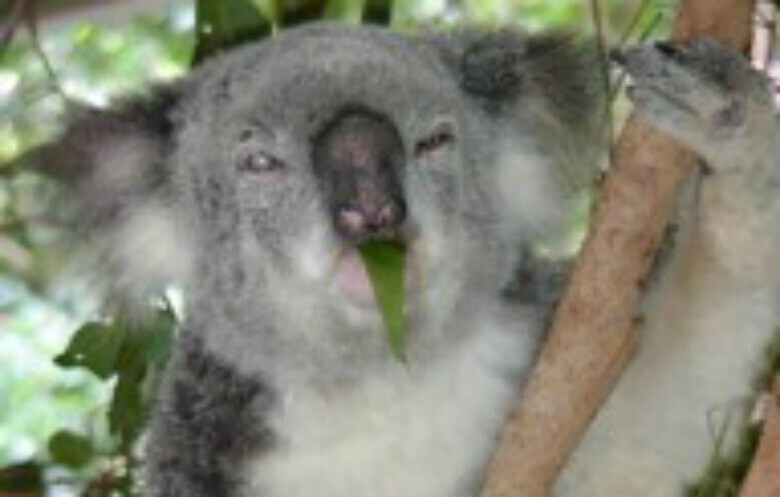 The oldest koala ever in captivity was Sarah, who died in 2001 aged 23 years old. Sarah was born in 1978 and lived at the Lone Pine Koala Sanctuary, Queensland, Australia. The average age for a koala is 12 years in the wild and 16 in captivity. The Lone Pine Koala Sanctuary is also the oldest of the type in the world. The sanctuary also boasts the largest number of koalas in captivity, 134 (as of 30 April 2002), and claims to have the first koala cubs born by artificial insemination. 'Koala' is an aboriginal word meaning 'no water', as the animal gets most of its liquids from chewing eucalyptus leaves. A koala sleeps for 19 to 20 hours per day, not due to laziness, but do to a low carbohydrate diet and resting in the heat.