Who
Hercules
Where
United States (Myrtle Beach)
When
2013

Hercules eats around 13.6 kg (30 lb) of meat – about the same weight as a two-year-old child – every day, washed down with several litres of water.

His brother, Sinbad, is slightly taller, but is also lighter. Hercules has four nephews which were born in 2014, Yeti, Odin, Sampson and Apollo. These are the first white ligers ever born with Yeti being the largest of the litter. 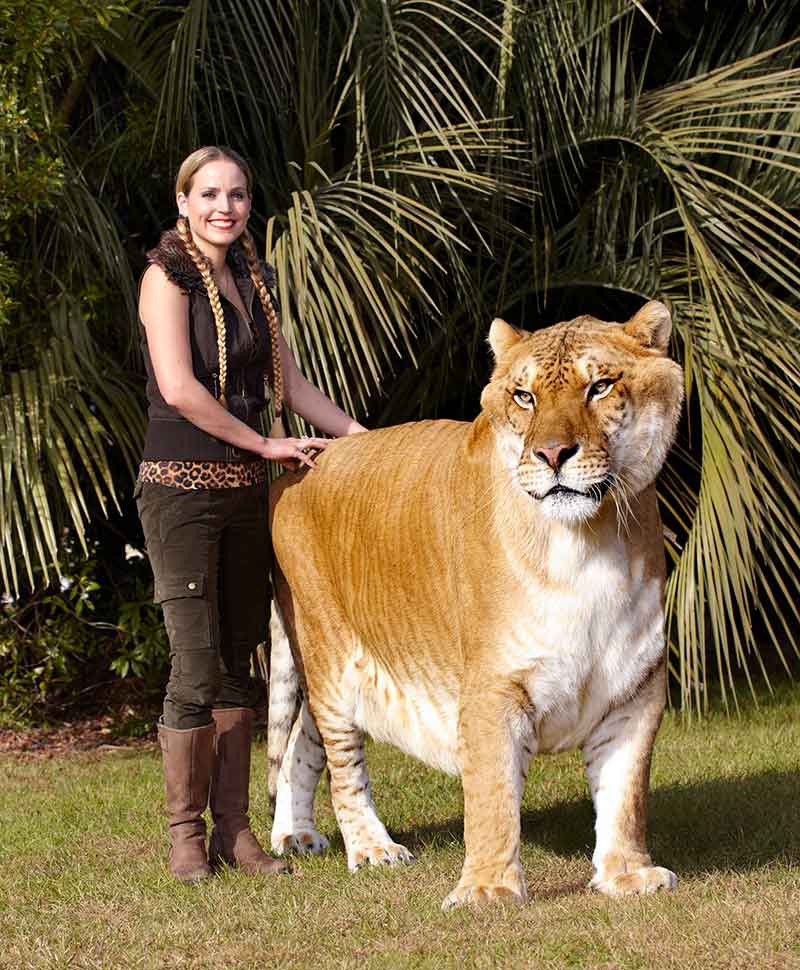 Ligers are generally larger than the two parental species, tigers and lions. In contrast, tigons, the hybrid of the reciprocal crossing of a male tiger and a lioness, are often smaller than their progenitors.

Although the cross between lions and tigresses happens naturally, without the need of IVF, this only happens in parks and reserves, as lions and tigers don’t cross territories in the wild. In general, male hybrids are sterile.