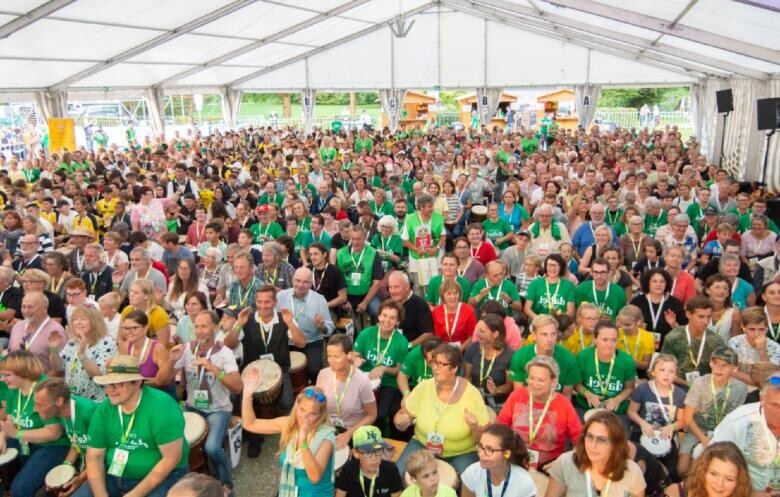 Who
Lebenshilfe Oberösterreich
What
2,285 people
Where
Austria (Vöcklabruck)
When
13 September 2019

The largest drumming lesson consists of 2,285 people, and was achieved at an event organised by Lebenshilfe Oberösterreich (Austria) in Vöcklabruck, Austria, on 13 September 2019.

Lebenshilfe Oberösterreich is an association dedicated to supporting those with intellectual disabilities and providing them with the tools to enhance their education, life skills and well-being. They champion equality and inclusiveness, and the attempt was used as a way to raise awareness of the work of the association. The intent was to prove that togetherness achieves more than acting alone.

Playing drums has an important role within the association, as it is commonly used as a therapy technique, so this record title was a perfect fit. However, the preparation was not without difficulties. The challenge of finding enough drums of the same type was tough to overcome at first. In the end Lebenshilfe managed to locate enough djembe drums for the attempt through donations, sponsorship and participants buying their own.

Pepi Kramer, the drum teacher for the attempt, provided a lively lesson for everyone involved, encouraging 2,285 to play the drums simultaneously. Iris Teufl, a spokesperson for Lebenshilfe Oberösterreich, expressed that this was the highlight of the attempt: "more than 2000 drummers playing together, the feeling of solidarity, being one community no matter from where you come from, if you have disabilities or not and to be part of something big."