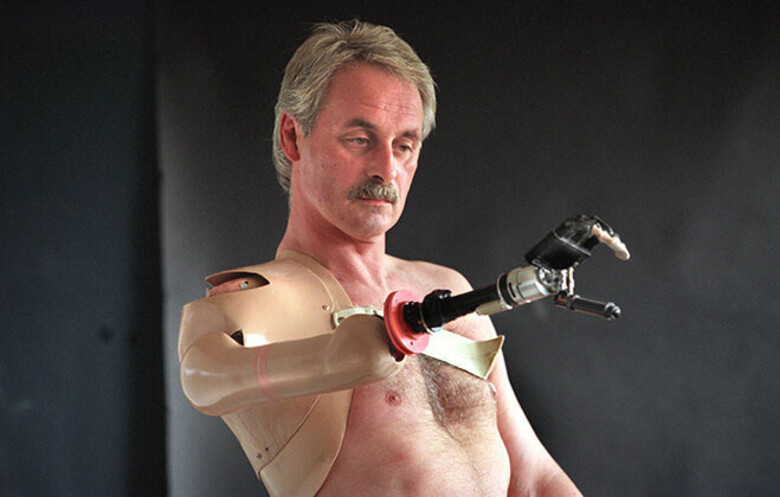 Who
Campbell Aird
What
first
Where
United Kingdom (Margaret Rose Hospital,Edinburgh)
When
1993

Since 1993, Scottish hotel owner Campbell Aird, who had his right arm amputated in 1982 after doctors diagnosed muscular cancer, has been trying out a new  bionic arm created by a team of five bio-engineers at the Margaret Rose Hospital, Edinburgh, UK.   Two other motorised artificial arms have been developed in America, but these were essentially only powered elbows.