Most magicians performing a trick simultaneously 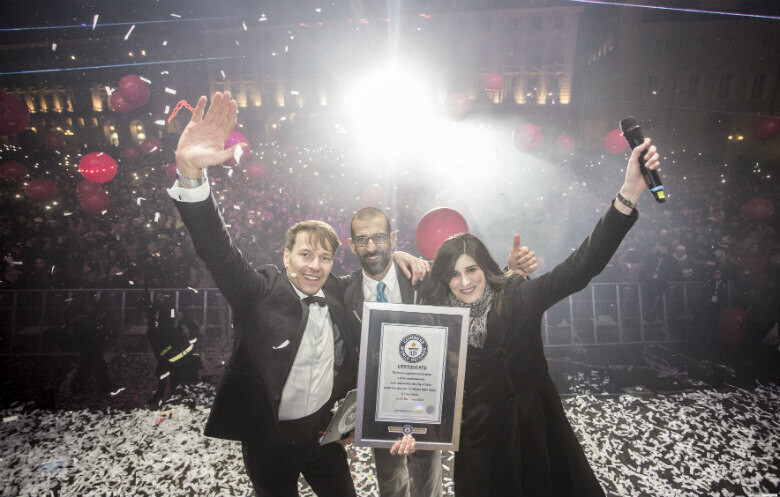 The most magicians performing a trick simultaneously is 12,514, and was achieved by The City of Turin, Walter Rolfo and Masters of Magic (all Italy) in Turin, Italy, on 31 December 2018.

The magic trick involved all spectators holding four cards. They rip them in two, shuffle them, and put a single piece in their pockets. They then Shuffle them again, decide to keep some of them, or throw some away. At the end of the trick, they will 'magically' remain with one single piece of card, and it will match exactly the one in their pocket.