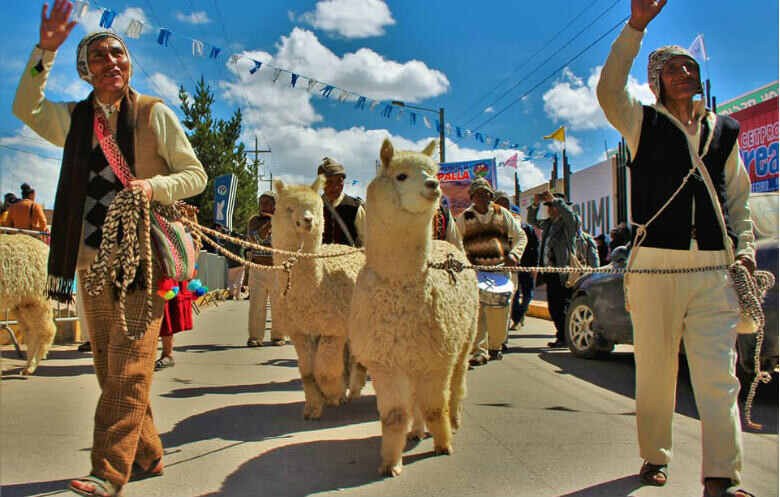 The Feria de Ganadería y Agricultura del Sur - FEGASUR (in English Southern Cattle Fair) was celebrating its 58th anniversary and the thirteen provinces of the department of Puno participated in the parade.

The two species of alpacas that participated on the parade were: Huacaya (spongy looking) and Suri (curly long hair).