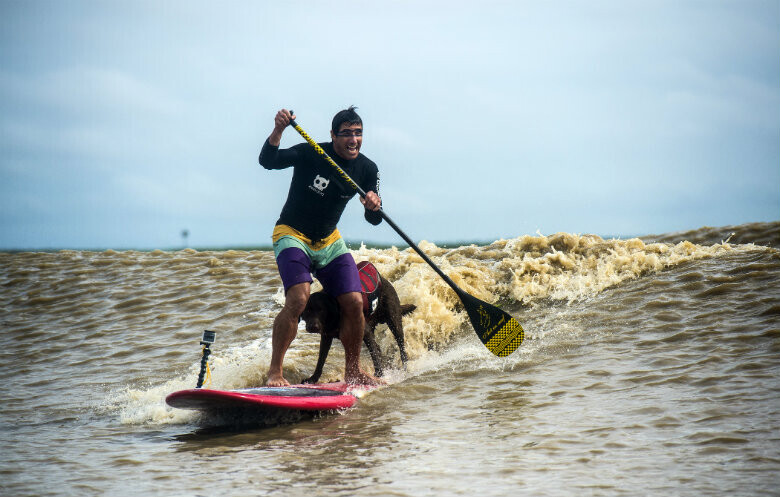 Ivan Moreira always had the curiosity to know how was to ride on a Stand Up Paddleboard on a river bore with his dog called Bono - a 5 years old Labrador. They SUP ride together since 2012. The project started a year ago and now they were able to conclude it with a successful record attempt.

Ivan gave us a quote about the feeling of being a new record holder: "I dreamt about this since the first time Bono rode in a Stand Up Paddleboard. Now my dream has come true".