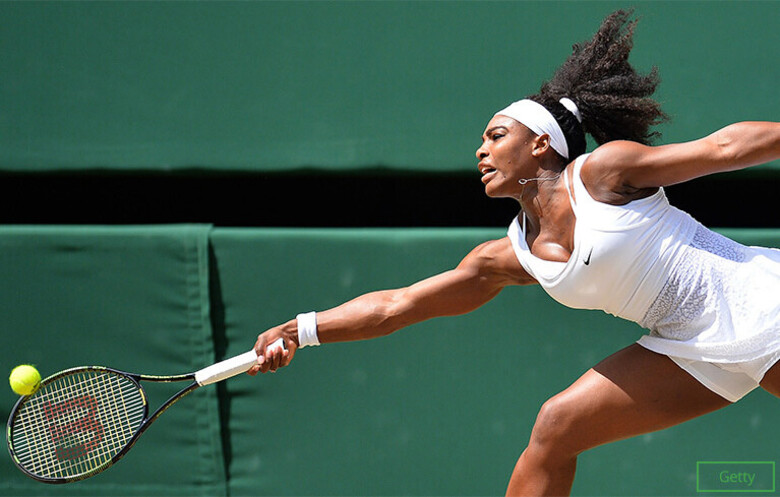 Serena Williams (USA) won the first of her Grand Slam singles titles at the US Open, Flushing Meadows, New York, on 11 September 1999. Seventeen years 139 days later, she collected her 23rd and most recent title, on 28 January 2017 at the Australian Open in Melbourne.

The longest span by a male tennis player in the open era is 13 years 207 days, between Roger Federer's (Switzerland) wins at Wimbledon on 6 July 2003 and the Australian Open on 29 January 2017. Australia's Ken Rosewall won his home Grand Slam in 1953 and the last of his eight titles in Australia in 1972 – 19 years later. He was 37 years old at the time of his final Slam triumph.

At the start of the 2017 Australian Open, Serena Williams was tied with Steffi Graf (Germany) for the most Grand Slam singles titles won in the open era (since 1968) – 22. By winning the Australian Open, Serena is now on her own as the most decorated singles player in the open era (male or female), and is just one tournament victory away from equalling the all-time record set by Margaret Court (Australia), who won 24 Grand Slam titles in 1960–73.

Serena, seeded 2, beat older sister Venus Williams, 6–4, 6–4, in the Australian Open final to regain the world number one ranking from Angelique Kerber, thus making her the oldest female player to hold the No.1 spot.