Neil Armstrong and Buzz Aldrin: First men on the Moon

"That's one small step for man, one giant leap for mankind."

Whether you think that statement doesn’t logically make sense, or believe he was misheard or misquoted, no one can deny the iconographical weight now associated with Neil Armstrong’s famous first words as he set foot on the Moon on the night of 20 July 1969.

That's because, garbled speech transmission or not, Armstrong and fellow astronaut Buzz Aldrin made the most indelible kind of history that night, setting a record as the First men on the Moon.

Now, one of the core principles of Guinness World Records achievements is that "firsts" are not acceptable.

As records are meant to be broken, crediting someone as the "first" to accomplish  any type of achievement would render the whole system pointless.

But Guinness World Records makes occasional exceptions for the most exemplary, most iconic, most revolutionary achievements, singling these "firsts" out as immortal and unbreakable.

Safe to say that setting foot on the Moon ticks all of those boxes. 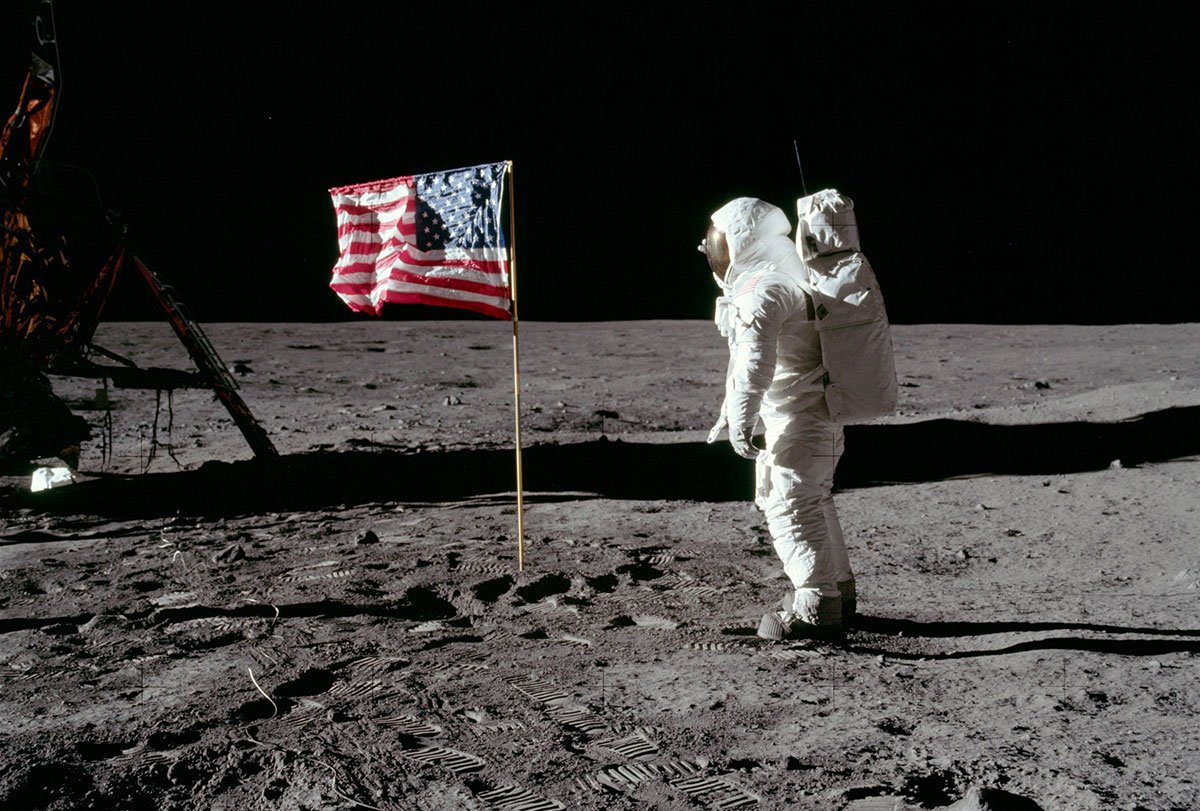 Since the dawn of time, humanity had looked up and wondered what that giant white orb in his night-time sky was all about.

For millions of years, actually travelling to the Moon remained the subject of speculation – and the inspiration for fantastical stories such as Jules Verne’s From The Earth to the Moon. But in just a few short years, the Space Race turned those dreams into a reality.

The achievements of the rival American and Soviet space programmes would’ve seemed impossible even a decade beforehand.

In 1957, the USSR launched Sputnik I, the first satellite. They sent cosmonaut Yuri Gagarin into orbit in 1961, the first person to ever physically leave Earth.

John Glenn became the first American to orbit Earth a year later, while cosmonaut Alexei Leonov made the First space walk in March 1965.

This technological and ideological arms race culminated with the Apollo 11 mission that placed Armstrong and Aldrin on the lunar surface.
The trip from Florida to the Moon took the Apollo crew just over three days.
Once they arrived, Armstrong waited six hours before leaving his Eagle lunar module, with Aldrin following 20 minutes behind. 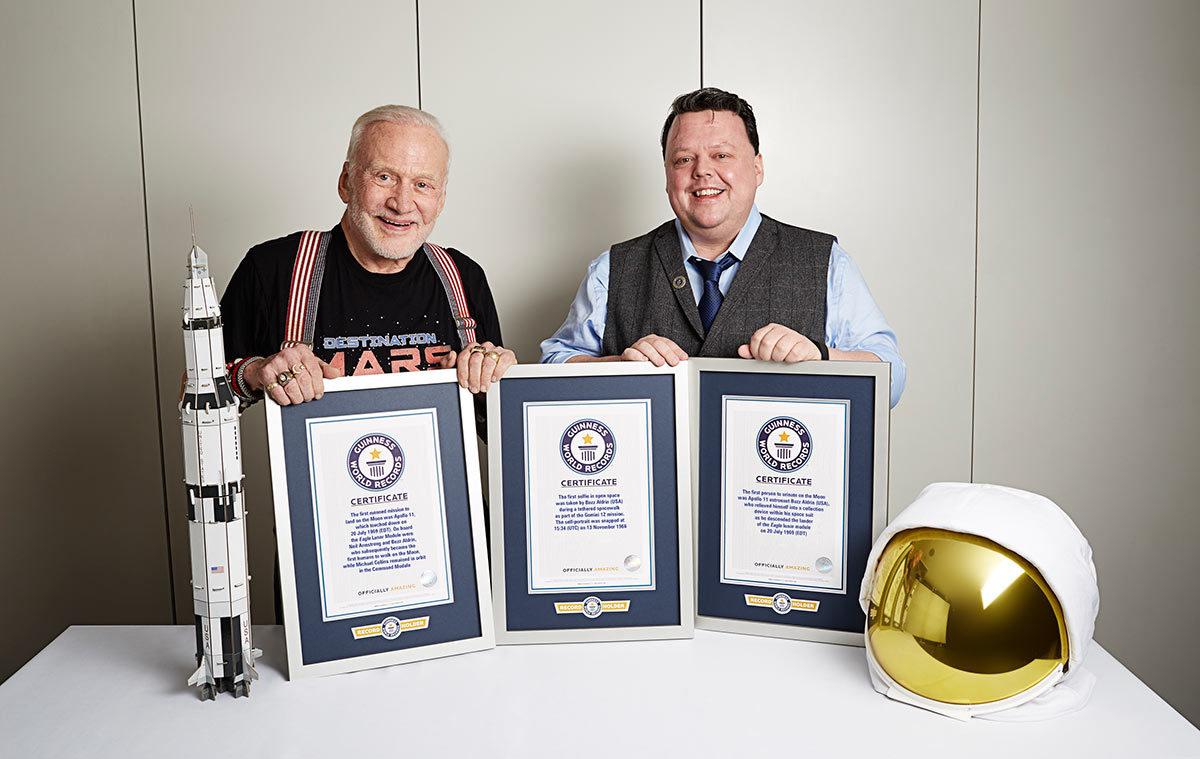 Often forgotten is fellow crew member Michael Collins, who flew the Apollo's command module around the Moon while Armstrong and Aldrin got to explore the body.
The Armstrong/Aldrin landing ended the Space Race and ushered in a new age for space exploration.

Mars would certainly be next in line, or perhaps we would put a human colony on the Moon.

Amazingly, however, since the initial duo only ten other men have ever set foot on the Moon – underscoring how momentous a human achievement the initial landing proved to be.

Since then, of course, space has proven a fertile playground for satellites and technology, resulting in GPS, weather-tracking systems, cell phones, and more knowledge about our galaxy and universe than ever before.

But never again will there be such a moment as this, when humanity escaped its planet for a destination in the stars, and claimed a new frontier for a previously Earth-bound species.

It was estimated that more than one-fifth of the human population at the time watched Armstrong and Aldrin land on the Moon. None of them would ever forget it.
Guinness World Records was honoured to welcome Buzz Aldrin to the GWR London HQ in 2016.
The 86-year-old remains passionate about continuing discoveries in outer space and is currently interested in Mars in particular:

"The children born between the years 2000 and 2010 will be the ones making the first landings on Mars. And it’s those kids that we would like to ensure are enthusiastic about the future," he says.

In the video below, Buzz Aldrin shares what it was like to take those world-changing first steps on Earth’s moon and introduces his book Welcome to Mars. 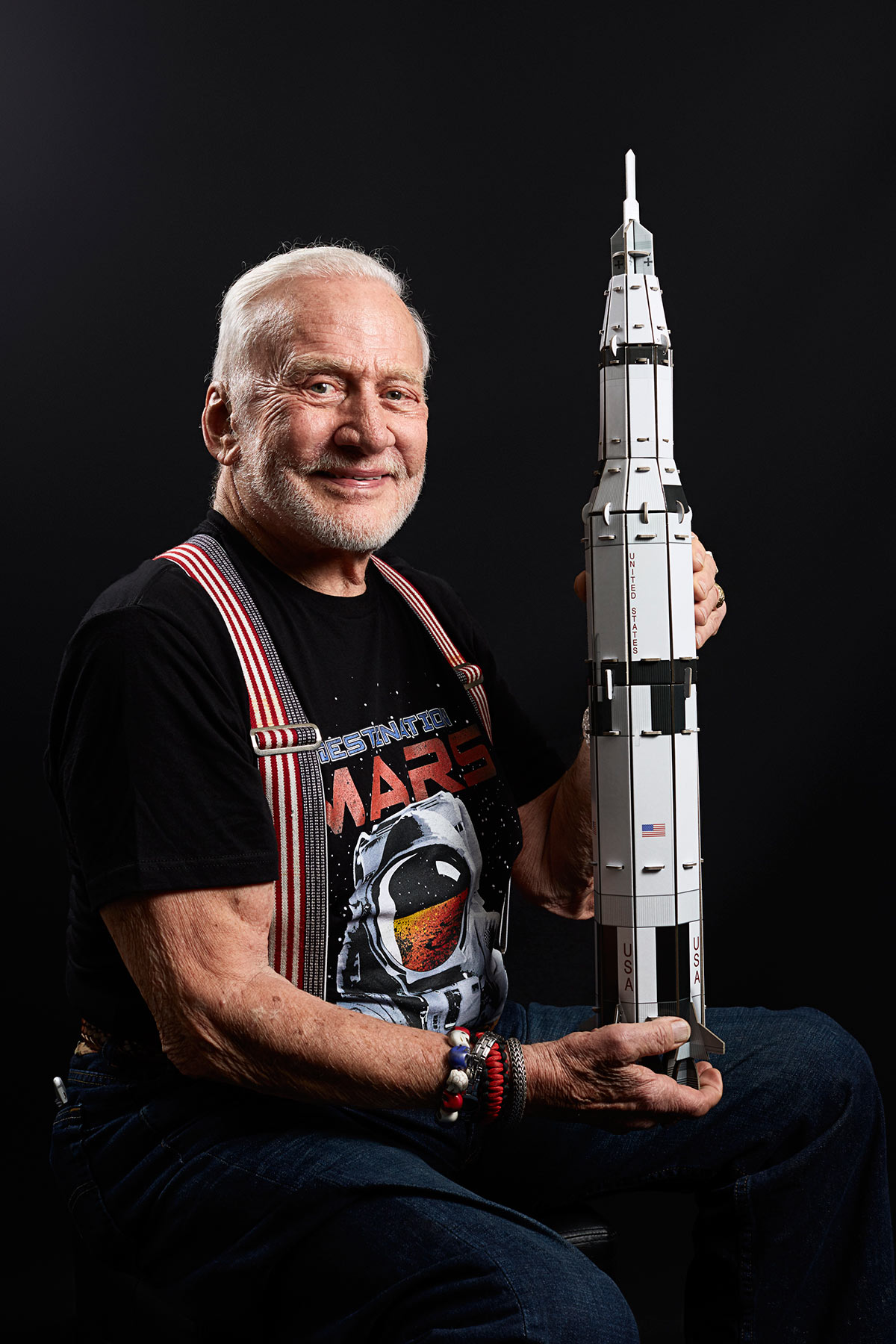