Across nearly 70 years of public broadcasting, naturalist Sir David Attenborough (UK) has entertained and educated generations of viewers about our world and its flora and fauna. Today, driven by the all-too-real consequences of global warming and habitat loss, he has become a high-profile environmental campaigner for positive change. 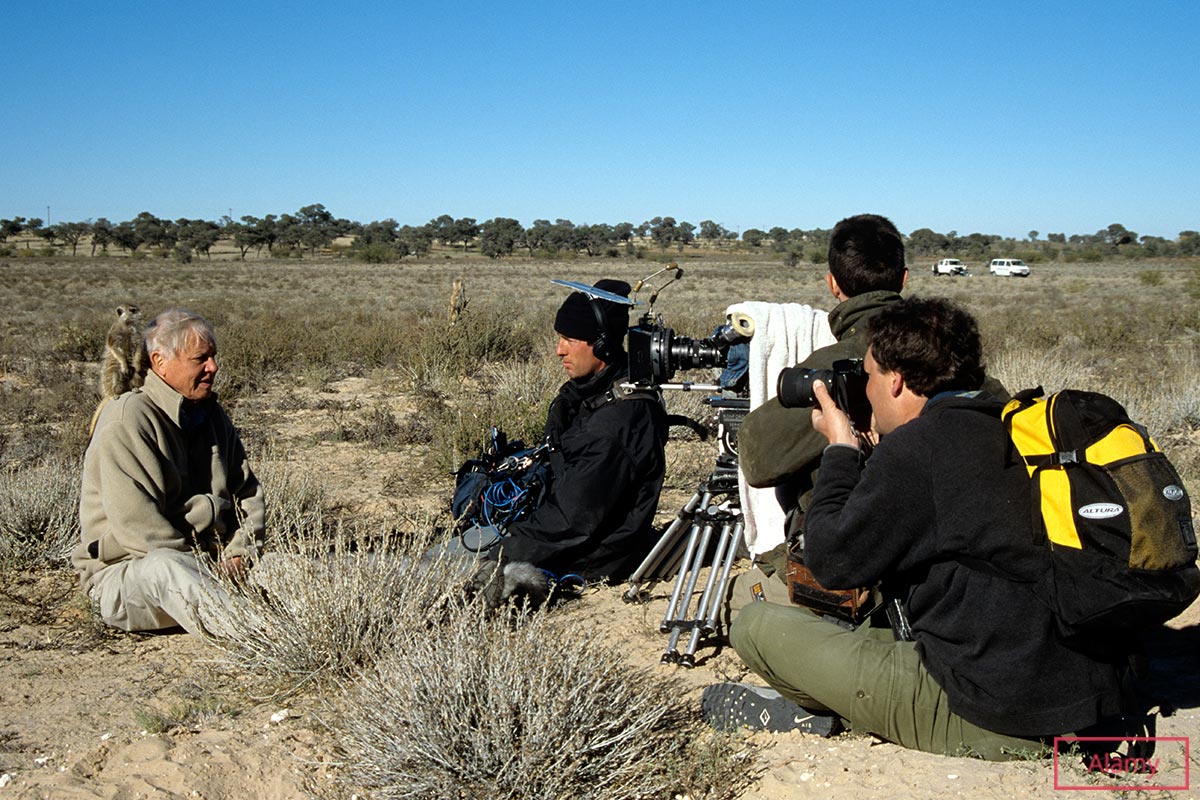 Sir David made his on-screen debut on Animal Disguises (UK) on BBC Children's Television on 2 Sep 1953, while his recent series, David Attenborough: A Life on Our Planet, debuted on Netflix on 4 Oct 2020. That span of 67 years 32 days means that he has enjoyed not only the longest career as a TV naturalist but as a TV presenter overall.

He also has the distinction of being the only person to have won BAFTA awards for series in black and white, colour, HD and 3D formats. An outstanding body of work has seen him awarded more than 30 honorary degrees and, in 1985, he was knighted for his achievements.

Over the decades, he has regularly updated his approach to fit the times, embracing new platforms as they arise. On 24 Sep 2020, he achieved the fastest time to reach 1 million followers on Instagram, taking just 4 hr 44 min (although this feat has since been surpassed by Harry Potter star Rupert Grint). His account opened with a video cautioning that “The world is in trouble” and closed, just six weeks later, with the equally sobering statement: “What happens next is up to us.” His time on the social platform was limited, however, as he admitted he was not able to keep up with the influx of messages.

Sir David joined the BBC in 1952 as a lowly trainee, although he was to make his on-screen debut in September the following year with Animal Disguises, which explored how colour and markings help animals to camouflage themselves, warn off predators and attract mates. But his career began in earnest with Zoo Quest, first broadcast in Dec 1954, which combined studio presentations with footage shot in the field, an unprecedented approach at the time.

He visited various tropical countries, accompanied by staff from London Zoo. The show enabled viewers to see exotic animals such as pythons, Komodo dragons and birds of paradise on their televisions for the first time. It proved hugely popular and the series ran for seven years.

He rose steadily through the ranks of the BBC in the 1960s, taking on executive roles – including Controller of the fledgling BBC2 channel – that largely took him away from the wildlife programmes that he loved making. But during that time, he was instrumental in creating a string of legendary TV series, including the landmark documentaries Civilisation and The Ascent of Man, both pioneering in their approach to presenting culture and ideas to viewers at home.

During his tenure, he also commissioned a heady cross-cultural range of series, including the anarchic comedy of Monty Python’s Flying Circus, sports staple Match of the Day and the much-loved music series The Old Grey Whistle Test. But he didn’t altogether abandon his role of roving naturalist/explorer and 1971 found him in the highlands of New Guinea in search of a lost tribe, filmed for A Blank on the Map. 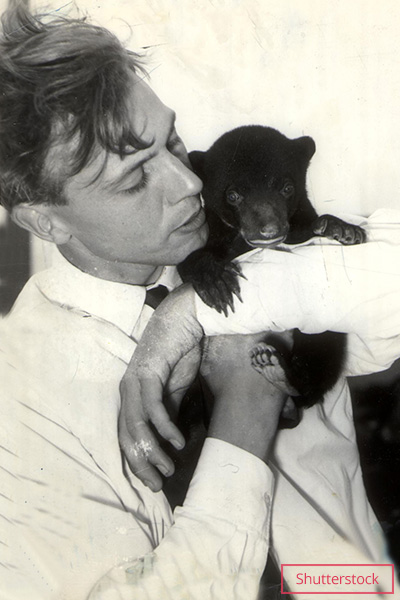 We only know a tiny proportion about the complexity of the natural world. Wherever you look, there are still things we don’t know about and don’t understand. [...] There are always new things to find out if you go looking for them.

A Life On Our Planet.

This should be compulsory viewing for all children and adults alike. pic.twitter.com/1gf9YZGf05 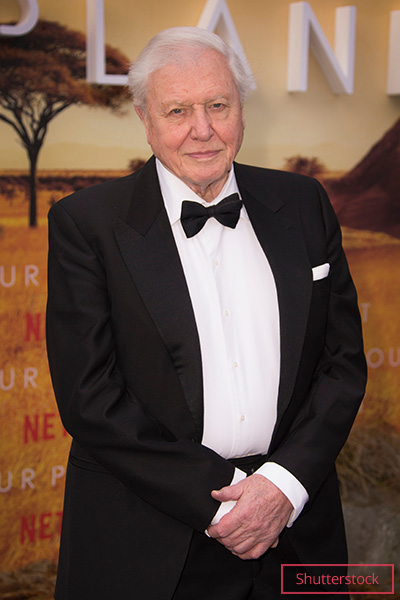 By 1973, Sir David had quit his job at the BBC to work on a long-term dream: the creation of a major, globe-straddling natural-history series. When it was televised in 1979, Life on Earth proved an immediate hit with the public and TV critics alike. Acclaimed for its stunning visuals and up-to-the-minute research, it racked up a global audience of 500 million – an unparalleled achievement in the history of natural-history television. Its winning formula of a serious scientific approach coupled with arresting photography was one that Sir David would return to, and expand on, in the years to come, building an incomparable portfolio that established a new benchmark for nature programmes.

In one of the highlights of the series, Sir David met and interacted with mountain gorillas of Rwanda. The recovery of their population levels has proved an all-too-rare success story in the context of threatened species. A 2016 census estimated the number of gorillas in the Virunga Mountains of East Africa at 604 – almost treble the population of 40 years earlier.

His unique work as a TV naturalist, and passionate advocate of conservation, has been acknowledged not only by a knighthood, but also by having a variety of animals and plants named after him. They include Zaglossus attenboroughi – a rare species of echidna from New Guinea, the Madagascan ghost shrimp Ctenocheloides attenboroughi, a carnivorous pitcher plant from the Philippines (Nepenthes attenboroughii) and even a long-necked marine reptile dubbed the Attenborosaurus.

His name also graces a British Antarctic Survey research vessel, although a much-publicized online poll in 2016 to name the craft initially opted for “Boaty McBoatface” - garnering the most public votes to name a research vessel (124,109 votes). 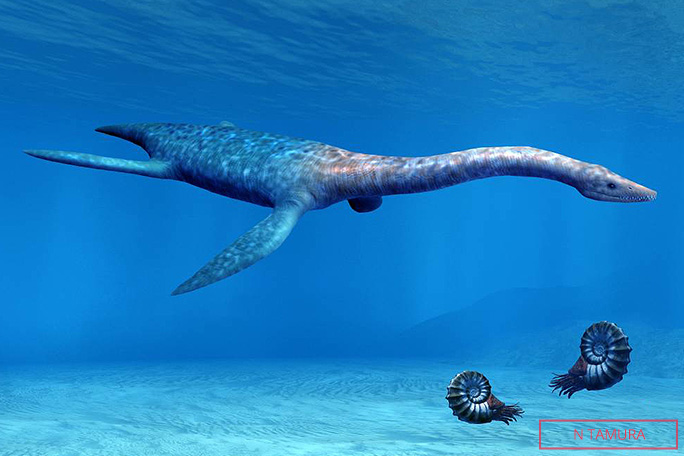 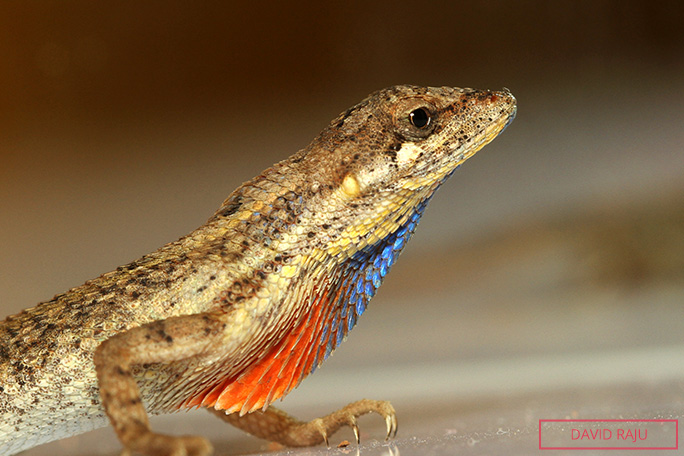 I was inspired by American nature writer and artist Ernest Thompson Seton [a founding member of the Boy Scouts of America].

One of my first series was the BBC show Zoo Quest in 1954. I was filming an animal-collecting expedition that was sent out to Sierra Leone by London Zoo.

The most difficult show I have done was Life on Earth, which broadcast in 1979. It was a 13-part series that covered the whole animal and plant kingdom. It took three years to make and required travelling around the world not once, but twice!

Quetzalcoatlus, the largest pterosaur. We make programmes about it, but we still don’t know how it took off. 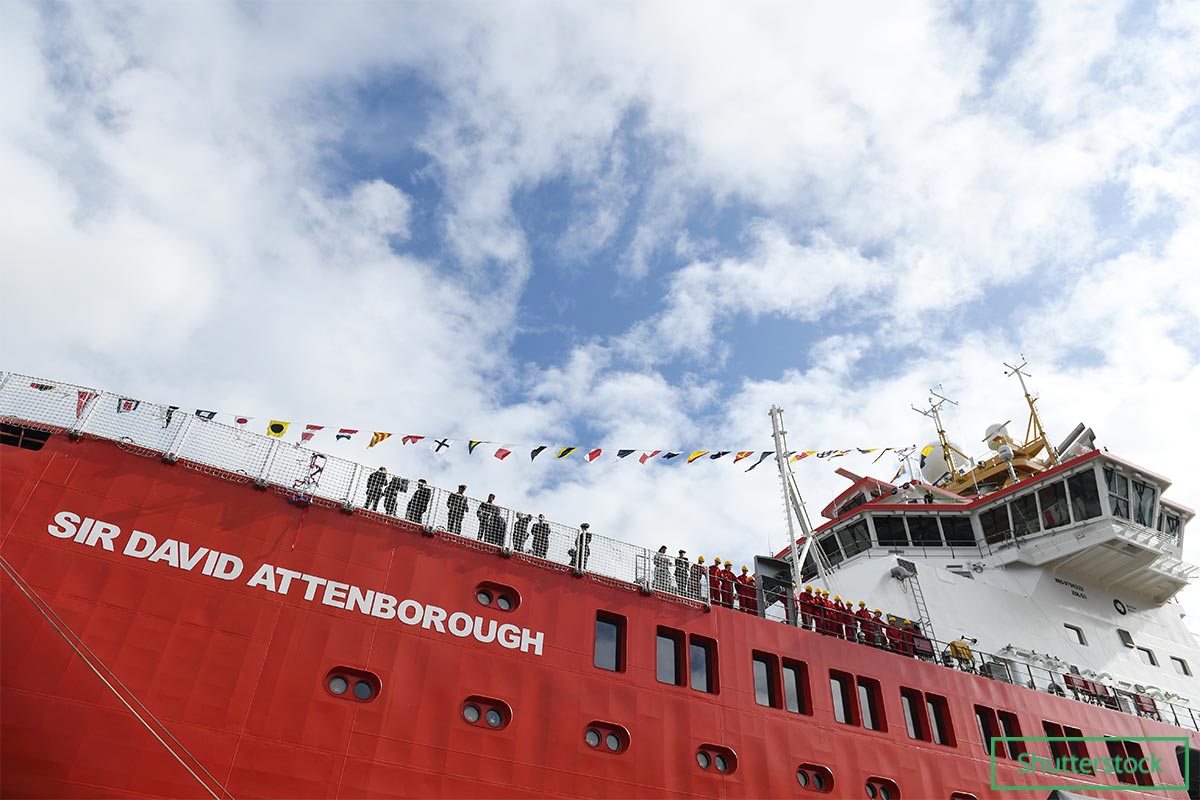 Campaigning for the environment

Sir David’s near 70-year crusade to inform shows no sign of abating – if anything, the mounting environmental challenges facing Earth make the calls for change from this TV legend more urgent than ever. In Oct 2020, he was named a member of the Earthshot Prize Council, overseen by Prince William. Other philanthropists to be named to the council include Her Majesty Queen Rania Al Abdullah of Jordan), actor Cate Blanchett, footballer Dani Alves, entrepreneur Jack Ma, former astronaut Naoko Yamazaki and singer Shakira.

The organization’s goal is to discover 50 solutions to the world’s gravest environmental problems by 2030, rewarding innovative ideas with five £1 m ($1.3 m) bursaries every year for a decade.

The solutions break down into five vital challenges:

If this ambitious target is realized, the Earthshot Prize will become the largest environmental award in history. And the ideas can come from anyone, from individuals to businesses, cities or governments.

Now aged 95, Sir David continues to use his unmatched authority as a pioneering broadcaster and globally recognized personality to promote green issues and the importance of taking steps to redress the damage we’ve done to our world.

His documentary Extinction: The Facts (2020) highlighted the threat that a million species may die out if we don’t take action, and explores the ramifications for us all if such a rich biodiversity should perish. One consequence would be to make us increasingly vulnerable to pandemics – a point that resonates all too grimly since the proliferation of COVID-19.

Sir David Attenborough appears in Guinness World Records 2022, out now in shops and on Amazon. 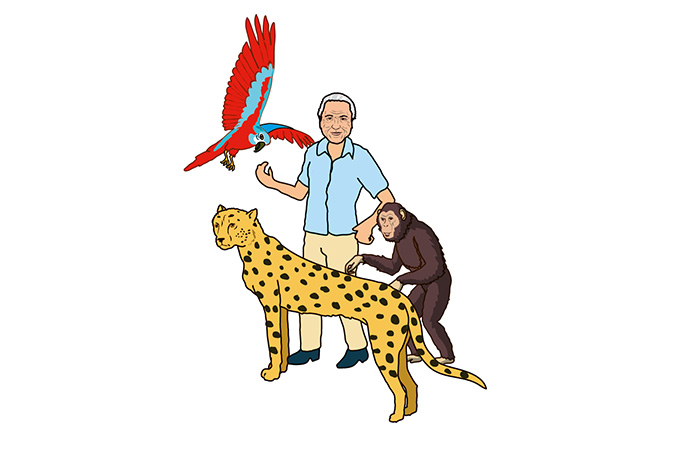 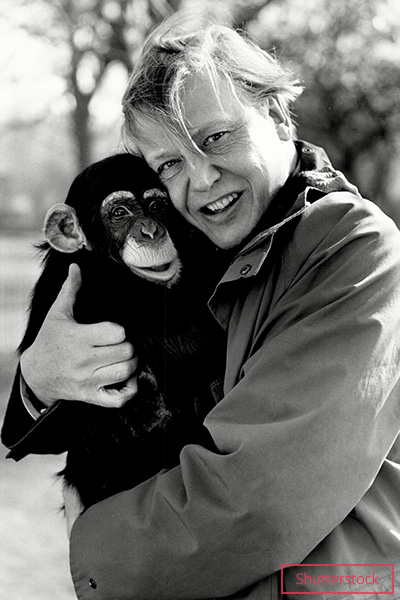