Over the past three decades, Ashrita has made it his life’s mission to break as many records as he can, eager to prove that anyone with a heartfelt dream and a determined mindset can be recognised by a world-renowned authority.

A sprightly 62 years old at the time of writing, Ashrita has set more than 600 records and currently holds over 200.

These titles cover a huge breadth of categories and an assortment of talents, varying from intrepid expeditions up the side of Mount Fuji by pogo stick to ambitious pursuits of spinning insanely large hula hoops around the body.

From these challenging endeavours, Ashrita has seized the opportunity to break records in nations around the world, meet others who share his passions for obtaining success and speak publicly about his achievements on several famous US talk shows.

However, despite the headlines he has made over the past few decades, many people still wonder what prompted him to embark on the daunting mission of achieving more GWR records than anyone else.

Ashrita’s dream of becoming a multiple title holder first took hold as a young boy in the early 1960s, after he developed a overwhelming fascination with the annual Guinness World Records book.

Like many children around the world, Ashrita was eager to crack open the latest edition each year to see the world’s tallest, largest, quickest, and brightest.

Although he became captivated by record-holders from around the world, the book-smart Ashrita took his lack of athleticism to be a hindrance. He believed that physical strength would be vital to making record-breaking history.

"Maybe the fact that I was born four days after the Guinness World Records book was first conceived, in September 1954, has something to do with it. That was also the year Roger Bannister broke the four-minute mile. Or maybe it was the sense of perfection about being the best in the world at something that attracted my interest. Whatever the reason, I remember poring through the book as a kid, filling my head with all those spectacular superlatives." 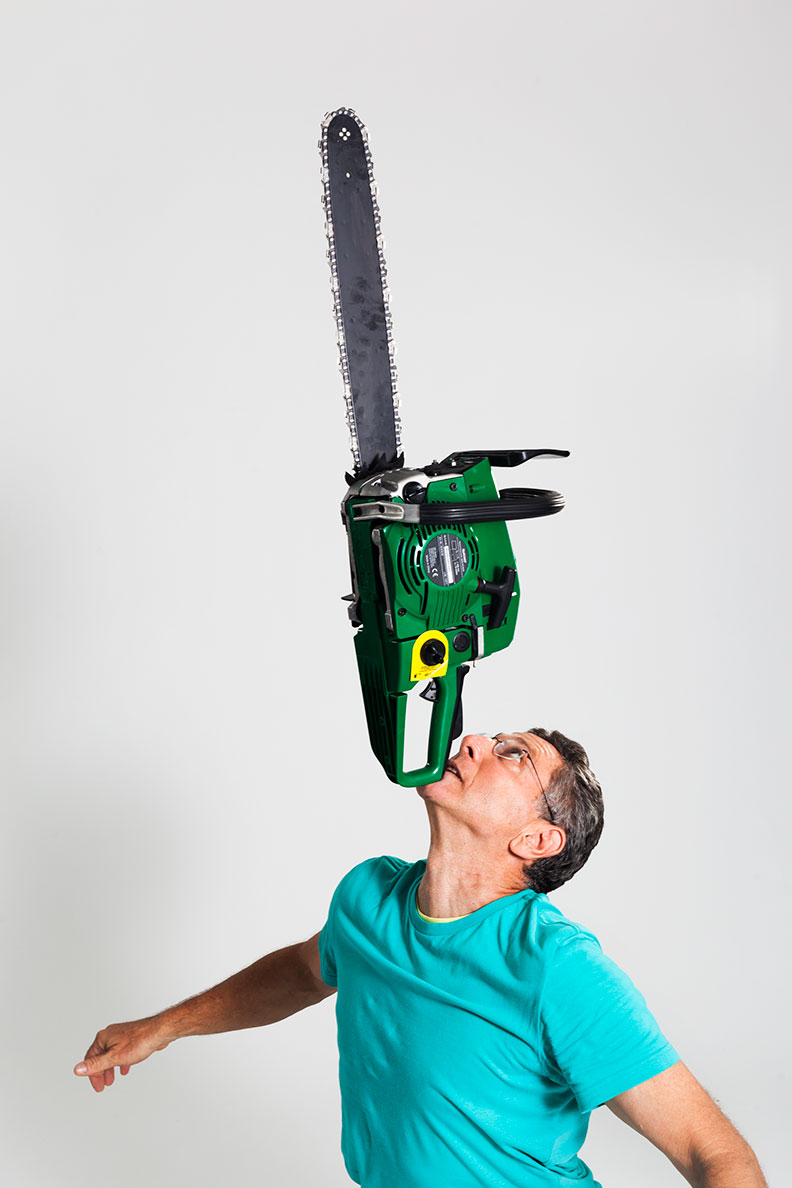 Nevertheless, the young man kept that lingering inspiration in the back of his mind as he grew up chasing his other interests, such as meditation with Eastern spirituality teacher, Sri Chinmoy.

It was while learning the principles of self-transcendence – which involved overcoming limitations, developing spiritually, and a deep understanding that nothing is impossible – that Ashrita would learn how to make his impalpable dreams a concrete reality.

In 1978 Ashrita was persuaded by Sri Chinmoy to test himself by entering in a 24-hour bicycle race in New York City. This marathon race in the Big Apple led to an incredible epiphany for the young man. With no prior training, he finished the 405-mile-long (651.7-km) trek in third place. Ashrita now realised that anything was achievable with a strong sense of self and an openness to possibility.

Naturally, his next step was Guinness World Records. Ashrita’s very first record attempt was for doing the most consecutive jumping jacks, a challenge that would be no easy feat to overcome.

In fact, he failed to break the record. But Ashrita’s new-found optimism gave him the courage to pursue daily physical training alongside his mental and spiritual practices.  This would be the foundation he needed to become a GWR record-holder.

He trained for hours, over the course of several weeks, familiarising himself with the core principles that every GWR title-holder must master in order to achieve a record.

Six hours, 45 minutes and 27,000 jumping jacks later, Ashrita had not only achieved his first record, but also began a life pursuit of pushing the boundaries.

His success had landed him a spot in the 1980 edition, right next to renowned Olympian gymnast Nadia Comăneci. From that point on, the young meditation student was hooked, eager to incorporate more record-breaking experiences into his story.

With the help of his friends, Ashrita quickly widened his collection of titles to contain a long list of impressive attempts. Ranging from Farthest distance trekked balancing a bike on chin, Most fire torches lit and extinguished in one minute, Fastest mile on a pogo stick, Longest time to hula hoop underwater and Most arrows broken with the neck in one minute, to Greatest distance travelled on a bicycle balancing a milk bottle on the head and many more - Ashrita Furman has nearly done it all.

He has now become one of the only individuals in the world to have broken a record on every single continent, and hold more than 100 at any given time.

"Attempting records has become an inherent part of my spiritual journey. I scour the Guinness World Records book looking for a category I think will be challenging and fun. Many of the records involve childlike activities such as juggling, hopscotch, unicycling, pogo-stick-jumping, somersaulting, yodelling and balancing objects on my head and chin. I get joy not only in practising the activity itself, but also in seeing my progress towards achieving a once daunting goal."

In recent years, Ashrita, who now lives in Queens, New York, has been recognised by several news outlets for his long-term accomplishments. He has even been the subject of a mini-documentary detailing the key moments of his record-setting career.

Though he has spent a majority of is life focused on breaking new record titles, he doesn’t plan to stop anytime soon.

Over the past year, Ashrita has been heavily involved in obtaining new titles, and taking back ones that other applicants have taken from him.

One record that's close close to his heart was his successful attempt for the Most candles on a birthday cake; in which Ashrita and several other members of his spiritual community gathered to light 72,585 candles on a cake to honor what would have been Sri Chinmoy’s 85th birthday.

No doubt about it, the name of Ashrita Furman is now indivisible from the idea of record-breaking, his relentless pursuit of world records an astounding example of what can grow from the seeds of ambition.