For Guinness World Records 2022, we asked Peapodicity co-founders Brett Haase and Ahrani Logan to help us bring six record-breaking dinosaurs back to life, by transforming them into walking, roaring augmented-reality animations that emerge right out of the pages of the book!

Here we find out a little more about Brett and Ahrani, their app AugmentifyIt® and how they went about creating their very own virtual Jurassic P-AR-k.

What drew you guys to launch an augmented-reality tech company?

Our joint creative backgrounds of Brett being a software developer and Ahrani being a TV producer felt like a natural fit for creating something with tech that improves audience content experience. We believe the future is interactive and seeing younger tech savvy generations, augmented reality felt like a good fit. We see AR as having huge potential for explaining tougher concepts in science and other areas - a great show rather than tell technology.

Do you think augmented reality has yet reached its full potential?

We believe that augmented reality carries a lot of potential and we have only just skimmed the surface. Early experiences with AR in books such as Guinness World Records are a great introduction to a new and exciting world of interactivity. 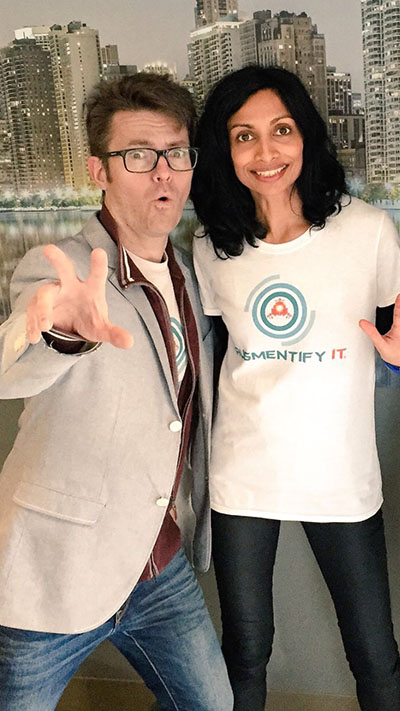 What are the similarities, or the differences, between AR and VR?

Augmented reality uses digital content and superimposes it onto the real world, viewed through a tablet or screen. It can be shared by many at the same time, by viewing the content on a single device. Virtual reality allows you to step inside the digital experience but often involves VR headsets, which, despite offering greater levels of immersion, also isolates you physically from the real world around you.

Sum up what AugmentifyIt® is all about in one sentence.

AugmentifyIt® is about playing to learn, using augmented reality to make fun and memorable learning experiences by mixing the physical and digital worlds.

Have you found more teachers/ parents making use of AR during lockdowns?

AR has been a great tool during home-learning and downtime to interact directly with nature, as seen with the Guinness World Records: Wild Things book and to reach areas that we wouldn’t normally visit ourselves, like the Solar System. Parents and teachers are always telling us how much they love using AugmentifyIt® AR, so we think lockdowns probably generated more awareness of new ways to have fun learning with AR.

How do you go about creating an AR dinosaur?

A lot of research is needed to create an AR dinosaur. As we don’t know what colours or sounds they really made, there has to be a lot of educated guesswork. The size of the dinosaur for an AR experience also has to be taken into account. To allow them to fit on the screen for the reader to

view and not be so big that you lose sight of the augmented reality target on the page.

Which was the most difficult dinosaur to “augmentify”?

The Diplodocus was a bit tricky because of the sheer length of it.

Sizing the dinosaurs in relation to each other required some thought. We wanted to include other prehistoric creatures too, that many associate with the age of the dinosaurs. Some of the aquatic creatures needed extra attention with their colour scheme. 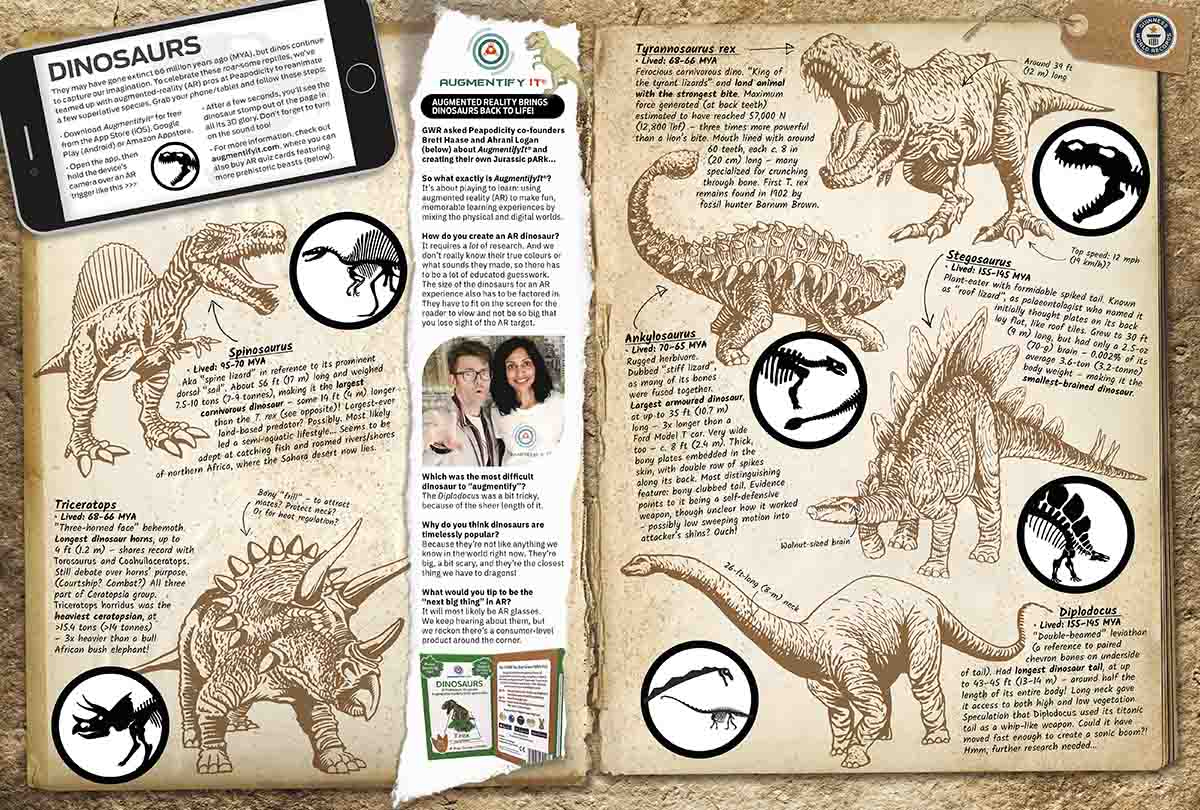 Why do you think dinosaurs are timelessly popular?

Dinosaurs are appealing because they are not like anything we know in the world right now. They are big, a bit scary and the closest thing we have to dragons! It’s amazing that these big “monsters” actually existed on our planet.

What was the most interesting thing you learned about dinosaurs that you didn’t know before during development?

We always heard that the Brontosaurus was a made-up dinosaur, but confirmed it when we researched lots of different dinosaurs. Many people still think that Brontosaurus existed, when it did not.

If you could have been a dinosaur, which would you have liked to be and why?

Brett: Velociraptor, because it’s speedy and a bit sneaky.
Ahrani: Triceratops because it’s armoured and a vegetarian.

What should we be looking out for as the “next big thing” in the AR world?

The next big thing will most likely be AR glasses. We keep hearing about them, but we reckon there’s a consumer-level product coming out soon.

What’s on the horizon for AugmentifyIt®?

We are planning on some more card sets for AugmentifyIt®, and are always open to suggestions from the public! We may have some other projects up our sleeve, but can’t share them just yet, so keep a look out! 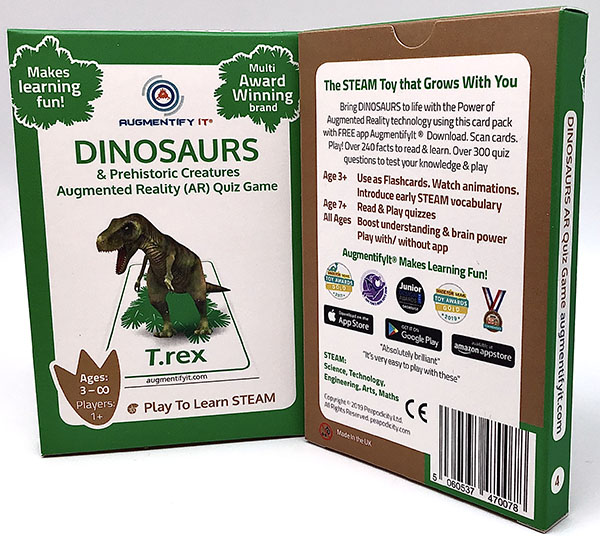