Attendees at this year’s Damar Services Gala have officially taken the title for the most people making sensory bottles simultaneously with a record total of 662 people!

The historic achievement took place in Indianapolis, Indiana, USA, on 8 February 2020 as part of Damar’s ongoing efforts to provide care and services to children and families affected by autism and other developmental and behavioral disabilities. 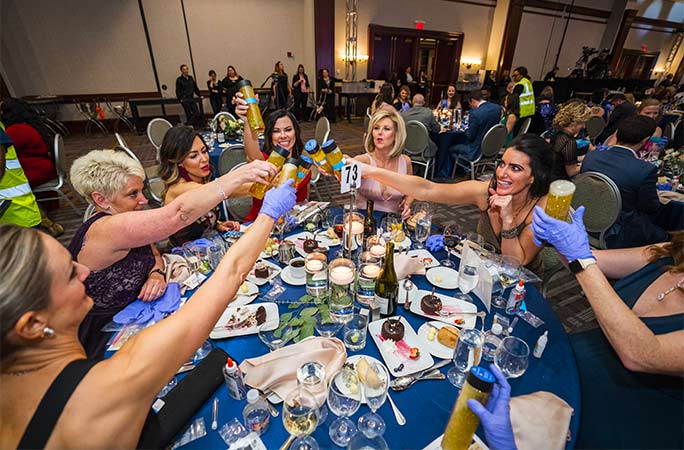 Official adjudicator, Philip Robertson, was onsite to announce the start of the attempt once attendees were counted and seated at their tables in the main ballroom. 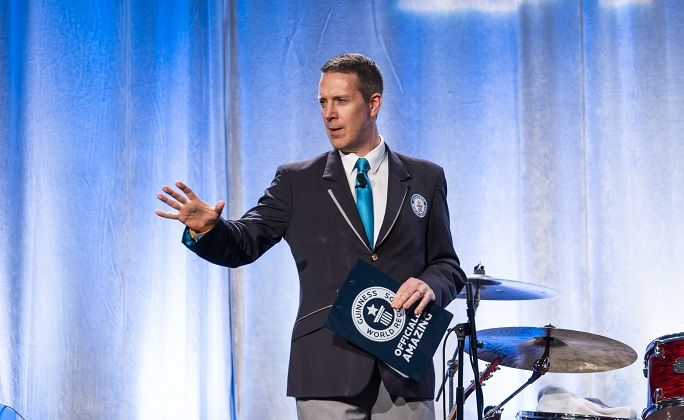 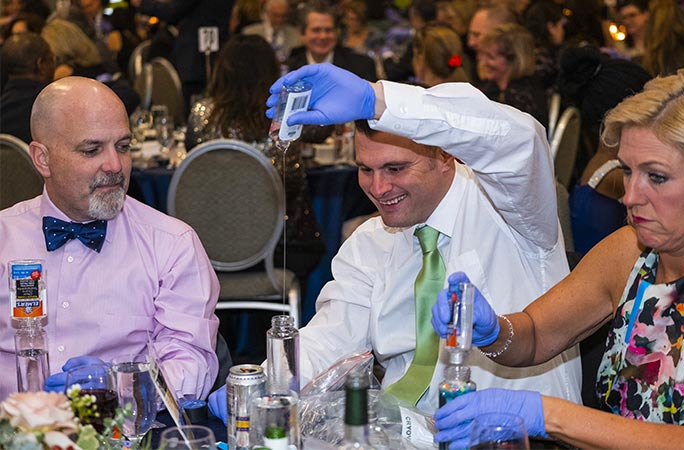 After the attempt concluded, Philip confirmed the success of the attempt and announced the record-breaking results to the crowd followed by presenting Dr. Jim Dalton, CEO of Damar Services, with an official record holder certificate. “Achieving this GUINNESS WORLD RECORDS title was a great way to engage our supporters in doing something truly tangible for the people we are privileged to serve,” said Dr. Jim Dalton.

“These folks are so generous in so many ways, we’re delighted to show our appreciation by giving them the chance to be a part of a GUINNESS WORLD RECORDS achievement.” With the Gala being the largest fundraising initiative for the organization each year, Damar wanted to do something unique that would not only raise awareness for the cause but that would also result in something that can be used following the event by the people whom the charity serves.

Often referred to as calm-down bottles, sensory bottles are plastic containers filled with fluid and items such as glitter that move slowly when shaken and help people with developmental disabilities by calming their breathing and regulating emotion. 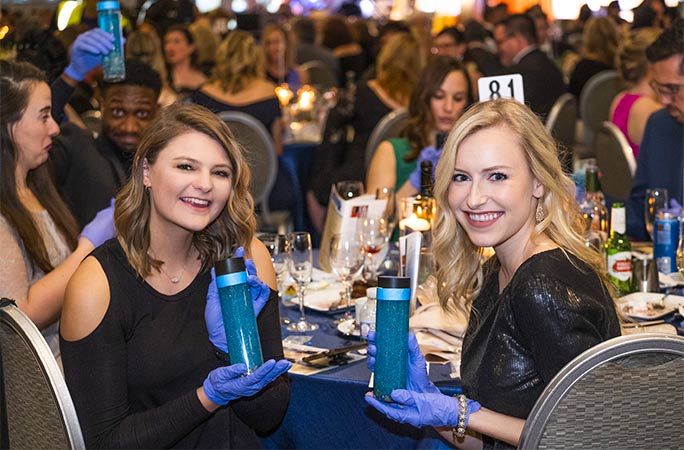 All bottles assembled at the Gala will be used at Damar’s ABA clinics and outreach events in Central Indiana.

Could your company use a Guinness World Records attempt to raise awareness? Visit our Business Solutions section to find out how we can help you be the biggest and boldest - or get in touch today.