More than 60 people have helped prepare the Largest cheese platter, beating the previous record by nearly half a tonne.

Weighing 2,012.87 kg (4,437 lb 9.92 oz), the new record was set by the Dairy Farmers of Wisconsin in Madison, US, with one colossal wheel weighing more than 900 kg and contributing nearly half the total weight of the board.

While the 35 ft white oak board was also impressive, only cheese could contribute towards the record weight. 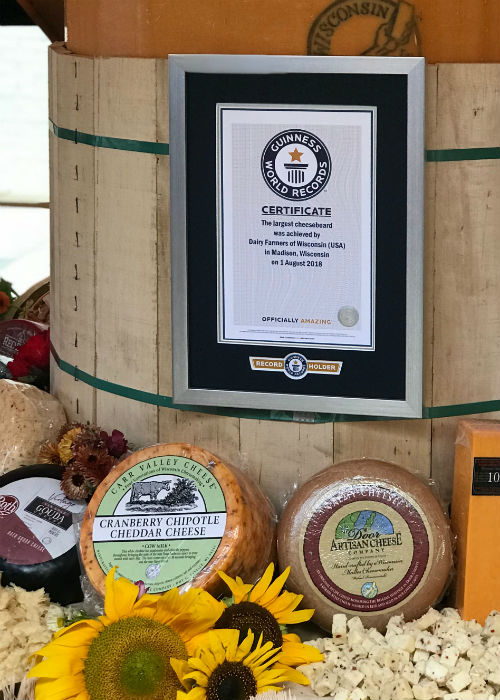 The event was held to raise money for the Great American Milk Drive, an organisation which provides milk to foodbanks across the US, which the 45,000 attendants were encouraged to donate to.

As well as this, the Dairy Farmers of Wisconsin also hoped to promote Wisconsin’s world class dairy products.

The first 2,000 lucky visitors received their own cheese plate and after the record had been announced and spectators could sample over 140 types of cheese from the main platter.

The remaining cheese was divided up; some donated to a local foodbank while the rest was raffled off to raise funds for the Great American Milk Drive. 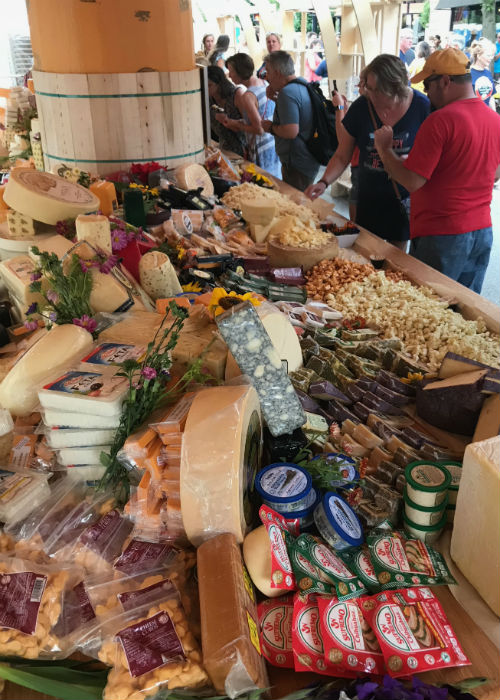 The event attracted countless local news organisations along with reports from across the USA such as VICE and CNN.

After five hours of cheese tasting and fundraising, the event concluded with a performance by the Wisconsin Chamber Orchestra.

Engage your community with a Guinness World Records attempt that will attract huge crowds and global attention. Visit our Business Solutions section or contact us to find out more about our unique engagement programmes.