Kids have always loved making up plays with their friends, but few schoolchildren have been able to sell tickets to their performances.

The play is about a young girl called Tinky, who meets four mystical creatures that take her on a magical adventure to save a kidnapped fairy.

40 people performed in the 85-minute play; Krshaana invited some of her friends to act in the show, but professional actors, actresses and dancers were also hired with Krshaana taking on the lead role herself. 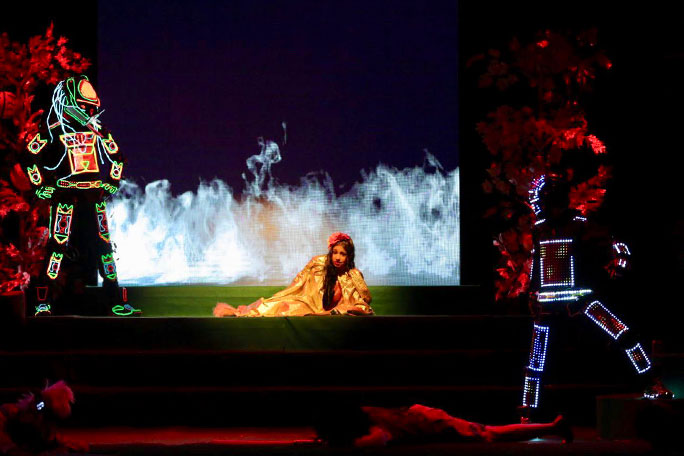 It took the young playwright around four months to put the performance together, with her mum Shreya, who works in theatre production, assisting with producing and directing.

This 10-year-old from Jaipur is now recognised as the world’s youngest practising playwright. On April, 21, the #GuinnessWorldRecords bestowed her with the title.

What a child prodigy! Spectacular 👏👏👏👏👏👏#sheleads#GirlsEmpowermenthttps://t.co/uEPTWl3r3Spic.twitter.com/X8w9u6qhSc

Sitting in the audience alongside hundreds of guests, official Guinness World Records adjudicator Swapnil Dangarikar was invited along to verify the attempt.

"The play was of very professional standards, with elaborate stage setup and costumes," he commented.

After being awarded her Guinness World Records certificate, Krshaana said: "I feel so honoured after winning the Guinness World Records title for the Youngest practising playwright. It gives me a feeling of excitement [and] I sense a sparkle of happiness when I know that our play will be going into your books."

Krshaana started reading when she was just four years old, and her favourite authors are fellow record holder J.K. Rowling and David Walliams.

Talking to The Times of India, she said: "When I was eight, I started writing short stories – thanks to my mum Shreya, who is also a theatre artist. Actually, I wanted my mother to start working in the theatres again, as she had taken a break to take care of me. She said me that she will direct plays when I start writing."

Krshaana’s mother Shreya Rawat, is so proud of her daughter: "I was just numb when the record certificate was handed over by the official Guinness World Records adjudicator Swapnil Dangarikar. The feeling is yet to sync in. I also want to say that we need to encourage young children as well as their parents to let children be a part of theatre which has a huge potential." 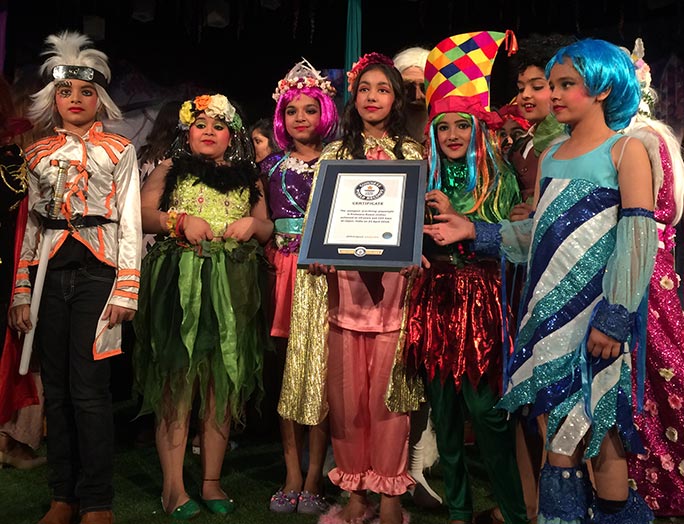 Other young record breakers that have followed their dreams recently include Roxanne Downs, the Youngest magazine editor, and DJ Arch Jnr, who holds the title of Youngest club DJ.

Visit our kids website for more stories and videos about record-breaking children.