Schoolchildren benefit as more than 1,500 backpacks full of supplies are filled then donated

By Kristen Stephenson
Published 08 May 2018

A total of 500 highly motivated and energetic RB (formerly Reckitt Benckiser) employees have smashed the Guinness World Records title for the Most backpacks stuffed with school supplies in one hour, before donating the bags to help children.

Excited to be involved in a charitable record attempt at the Hard Rock Hotel and Casino in Las Vegas, contributors continuously filled backpacks until reaching a record-breaking total of 1,512. 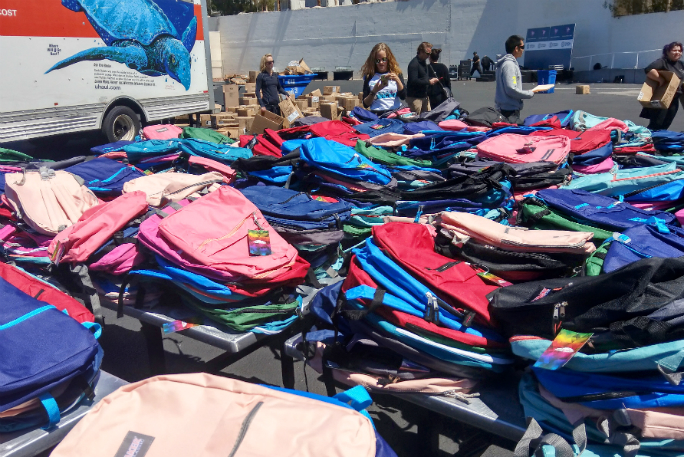 With an array of supplies distributed on several tables, staff lined up ready to fill the packs with notebooks, calculators, pencil sharpeners, scissors and other school supply essentials as part of RB's annual health conference.

Given the overarching theme of the conference, all backpacks from the record attempt we subsequently donated to the Andre Agassi Foundation and the Boys and Girls Club of America, organizations which aim to help local children in their education.

Adjudicator Casey DeSantis was on hand to ensure that all guidelines were followed – which included that all backpacks contain five different school supplies and backpacks zipped at the end of the hour were included in the final total.

"From the opening presentation to the final results announcement, the group's energy levels were consistently upbeat and celebratory, and it was amazing to see such a positive group of people working together and accomplishing something that benefited so many," Casey DeSantis, adjudicator. 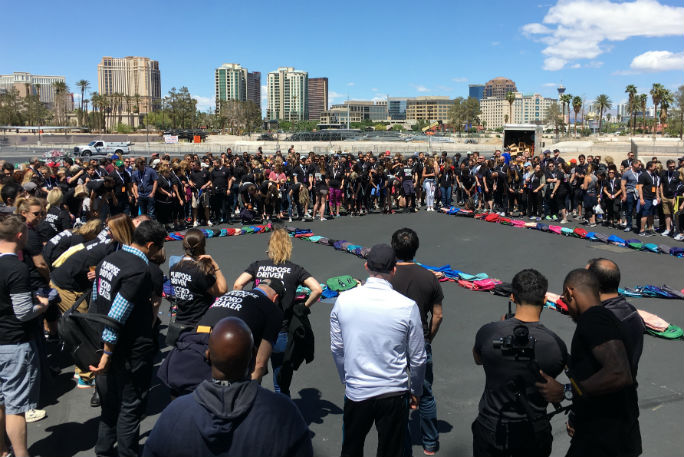