It’s springtime in Japan, and what better way is there to commemorate the season than by setting a Guinness World Records title for the Largest LEGO® brick cherry blossom tree (supported)?

This successful attempt was achieved at LEGOLAND® Japan – the Nagoya-based theme park wanted to celebrate its first anniversary with style by creating a Japanesque work using LEGO® blocks. 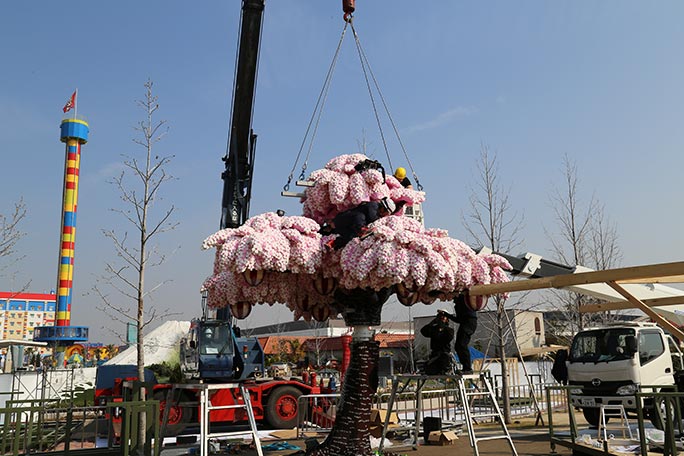 Torben Jensen, president of Legoland Japan Ltd., was not only ecstatic to have a new landmark at the theme park, but also to see it break the official record.

The tree was designed and built by a team of staff in the Czech Republic.

After more than 6,700 hours of hard work, the LEGO® tree was shipped to Japan for final assembly.

The tree also features a set of lanterns (made of LEGO®), which light up during the evening.

How could a Guinness World Records attempt get your brand noticed? Fill out this form to find out.