Video: World’s smallest fidget spinner is so tiny it will easily fit on your fingertip

Fidget spinners have become all the rage in the last 12 months with kids, mainly, being huge fans of the toy.

One company in Japan though has created one that's way smaller than the average fidget spinner you see in the shops.

Measuring at just 5.09 mm (0.20 in) long, MinebeaMitsumi Inc. from Minato, Tokyo, has built the world's Smallest fidget spinner - and it will easily fit on your fingertip.

"From the viewpoint of a professional, toy finger spinners are not yet perfect. We can feel the quality when we touch them," said project leader, Shigeru None.

"We wanted to make a super high-quality one which has 'the smallest, the longest rotation and the smoothest' features, we wanted to prove the precision of our bearing by creating a fidget spinner which spins the longest." A team of eight spent two months working on the tiny spinner. 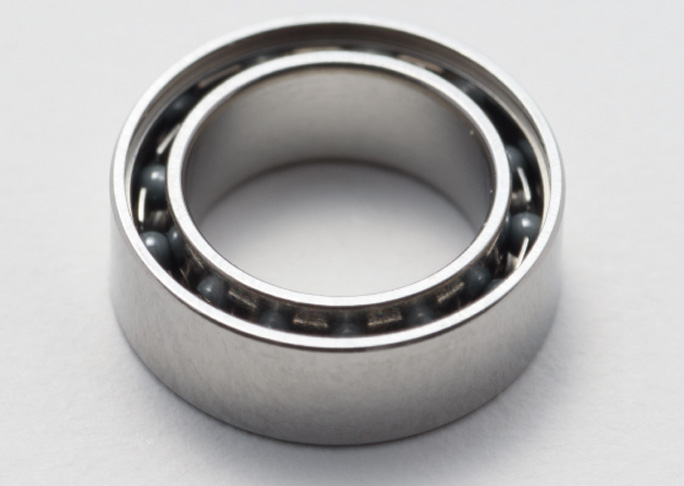 MinebeaMitsumi Inc. has also set a new record for the Longest duration spinning a fidget spinner on one finger, with employee Takayuki Ishikawa achieving a time of 24 min 46.34 sec.

Staff at Mitsubishi Precision Co. Ltd put the fidget spinner together, based on MinebeaMitsumi Inc.'s ball bearings, with a heavy design on the outside and a lighter middle section - with 50 people spending six months creating and perfecting it.

"By incorporating technologies used for space satellites, we were able to realise smoothness and overwhelming rotation time that we’ve never seen before. We also applied bearing manufacturing technologies used for aircraft as well as wheels and rings. We use materials with the highest strength among aluminum alloys and highest quallity brass so that wheels and rings are thoroughly thinner and lighter than conventional ones," - Shigeru None.

For the record, the aluminium and brass gadget could only be spun once, to set it off at the start of the attempt - but Takayuki managed to keep it going and beat the previous record by more than 20 minutes. 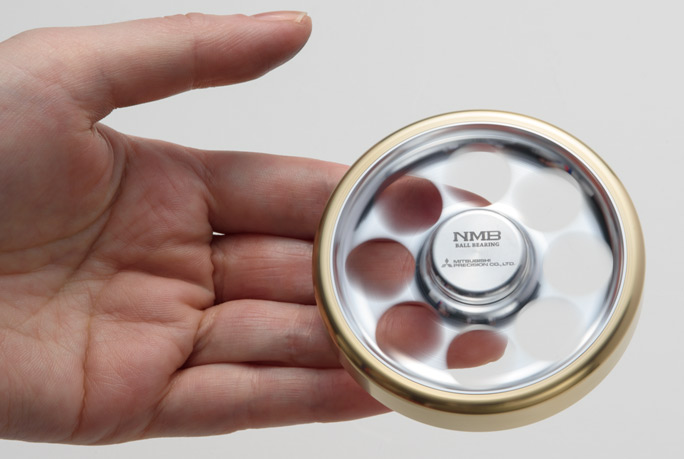 "We hope that from this spinner you can sense the smooth feeling of precision rotating equipment that is rotating quietly in outer space through your fingertips," added Mr None.

"Even component makers like us proved to be able to set the record. That is truly a pleasure."

"I am hoping that young engineers, salespeople and sales technicians are proud of being involved in precision processing machine parts. If you were conscious of 'the squeaky wheel gets the grease' (MinebeaMitsumi Inc's boss' saying) and 'do work happily', you can reach the top." 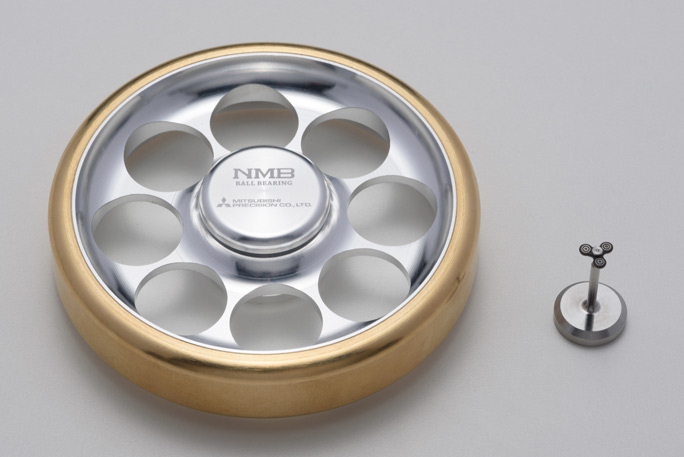