With The Ashes coming up in November, young kids from Australia and England appear to be starting their own record-breaking competition.

Just a few months after Cricket Australia achieved the world’s Largest cricket lesson (single venue) with 488 people, the title has been returned to England.

London-based sports charity Chance to Shine organised the event as part of their partnership with Marylebone Cricket Club and its ‘play hard, play fair’ campaign. 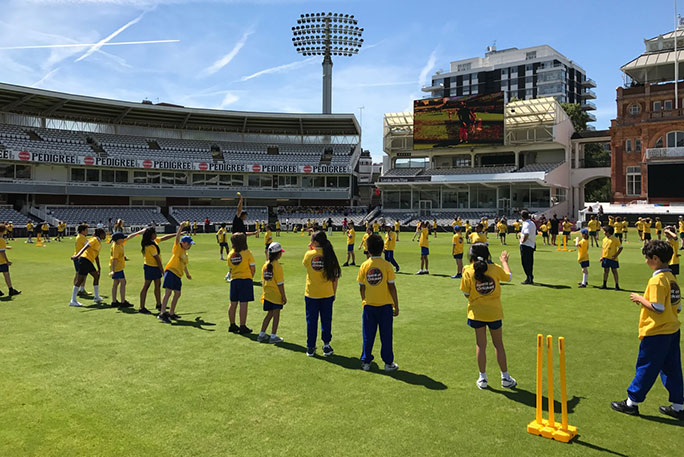 The students practiced batting, bowling and fielding for 30 minutes.

Charlotte Edwards said: “It was brilliant to see so many young people at Lord’s having the opportunity to play and learn through cricket, while learning how to play hard, but fair. And beating the Guinness World Records title set by the Aussies at the Home of Cricket.” 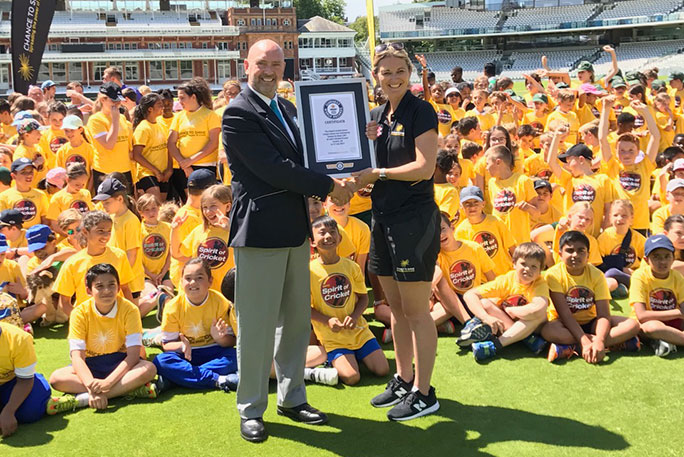 As well as the 580 participants, members of the UK national media also came along to witness the attempt, including Sky Sports.