Some nifty software has been used to play an animation as employees and consumers of information technology equipment company Fujitsu helped build the world’s Largest animated tablet computer mosaic.

A total of 80 guests got involved at Fujitsu's annual event in Munich, Germany, carefully positioning 220 tablets into a wall frame. Once they were in place, an animation of an origami-style landscape that was continuous across the 11 rows of screens was played to the crowd.

The attempt took place at Fujitsu’s dinner event at the BMW Museum, with Anna Orford on hand to adjudicate.

Duncan Tait, Corporate Executive Officer, SEVP and Head of Americas and EMEIA at Fujitsu, said: "Co-creating a digital future with our customers is fundamental to the way Fujitsu approaches business. Achieving this Guinness World Records title with our customers epitomises this approach.

"The final image stylised Japanese landscape highlights how each collaborator has something important to contribute, to create a whole that is greater than the sum of its parts." 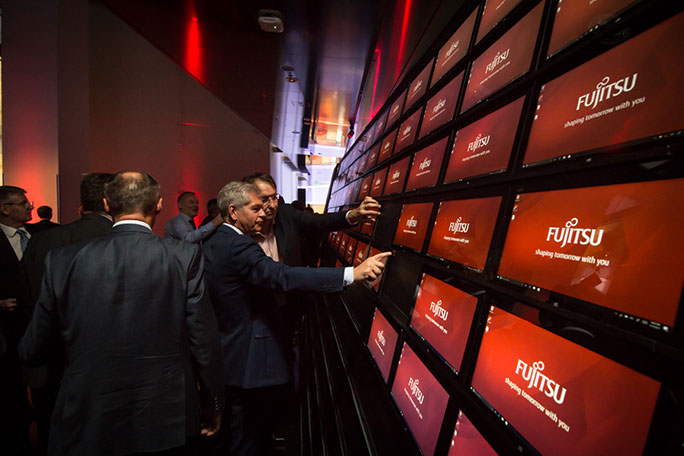 "We were on hand to monitor the attempt to create a new world record, the largest animated tablet computer mosaic and we confirm that Fujitsu is now included among the ranks of current Guinness World Records title holders. Congratulations to all who participated in this successful attempt."