The HYPA (Helping Young People Achieve) division of non-profit organisation SYC LTD attempted a Guinness World Records title to raise awareness of and support for its ongoing #TwoFeet initiative.
At an event in Adelaide in Australia yesterday, 313 people grouped together to form the world’s Largest human image of a foot as part of HYPA’s fundraising campaign that aims to help disadvantaged young people create and maintain an independent and successful life, standing on their own #TwoFeet.
Guinness World Records adjudicator Pete Fairbairn attended the event to officiate the exciting mass participation attempt. 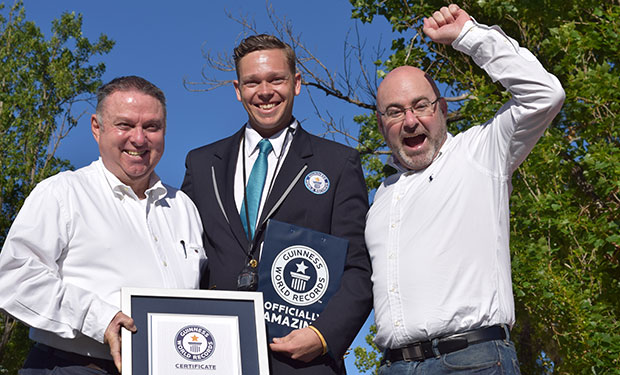 SYC LTD significantly bettered the previous record pf 260 people that was achieved by Tideyo Holdings (International) Limited in China last year.
HYPA CEO Paul Edginton said he was “thrilled to see 313 people get together in support of the campaign and help break the Guinness World Records title”.
The money raised at the event will go towards HYPA’s driving programme, Geared2Drive, which gives young people who aren’t able to take driving lessons the life-changing opportunity to learn to drive.