Employees of the financial services company Western Union (Philippines) chose to celebrate its 25th anniversary with a successful attempt to create the Largest coin mosaic ever in Manila, Philippines – breaking the record for the 12th time it was first set in 2012.
The final piece measured an immense 252.78 m² (2,720.89 ft²), completely outshining the 156 m² (1680.49 ft²) mosaic that earned the record for Evergreen Middle School (USA) in April. 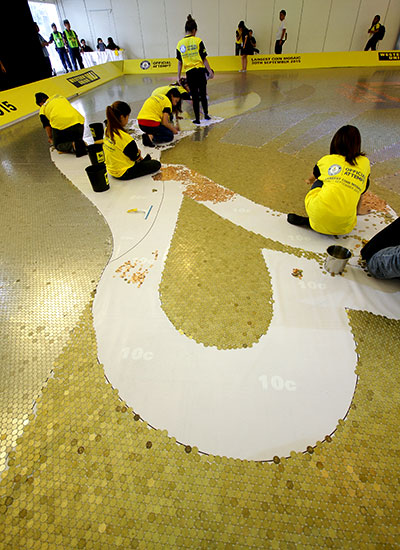 The coins formed the image of the money transfer company’s 25th anniversary logo which includes a rising sun and a dove, to illustrate their tagline “25 Years of Moving the Filipino for Better”.
Produced with the help of 250 employees over 25 hours, the 500,000 (approx.) Philippine Peso Coins will join the funds raised for the company’s Technology Aiding the Nation’s Youth to Accelerate Growth program which aims to install multimedia libraries in 25 schools. 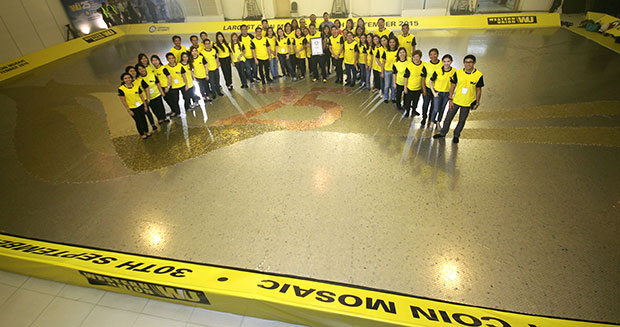 Guinness World Records adjudicator Jack Brockbank travelled to Manila to count half a million coins and present an official certificate to the employees once the incredible record was confirmed.