Guinness World Records, the global authority on record breaking achievement, in conjunction with C Squared’s Festival of Media Latin America, are announcing the shortlist of Latin American campaign nominees for the "Record-breaking Brand" award, a unique prize designed to recognize brands who have best utilized their world record titles within innovative media campaigns.

Shortlisted media campaigns include live events, experiential activation and digital content creation. The brands and campaign nominees which have been shortlisted include:

Commenting on the partnership with Festival of Media, Caroline Carr, Group Marketing Director of C Squared Networks, says: "We are proud to work with Guinness World Records to attract the region’s leading brands to The Festival of Media LATAM and recognize the record holders who use Guinness World Records achievements in ever-more creative, innovative media campaigns. All those on the shortlist are deserving of the accolade, but it is up to the industry to determine which campaign will walk away with the award.” 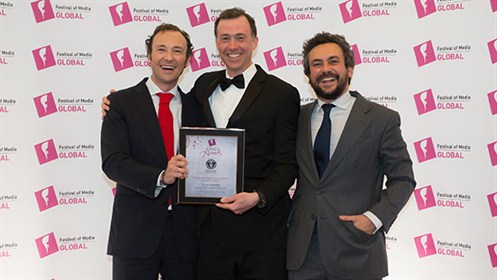 In April, at the Festival of Media Global held in Rome, Grupo Santander took home the accolade, edging out 14 other competitors for their Largest Sports Trivia Competition campaign that engaged millions of football fans across Latin America.

Is your brand ready to take center stage with a record attempt of its own? Talk to our team today for bespoke record-breaking ideas for your group or business.