Record holder Odilon Ozare is known for his eccentric accessories.

The Florida-based milliner earned his first title in April 2018 for the world’s tallest hat (4.8 m (15 ft 9 in), and has now entered Guinness World Records 2020 for having the longest nail extensions.

Odilon didn't stop at one, but actually went on to make nine other nail extensions of equal length for his other fingers and thumbs. The lengthy acrylic nail extensions are a colourful blend of blues and purples, and are nearly the height of Odilon himself!

He mentions he first got the idea for the longest acrylic nails while doing his regular routine of "bird yoga" where he performs poses while his pet cockatiels sit on his arms.

His favorite bird, "Song Bird", happened to dig her nails into his shoulder, and he realized how long her talons were.

"One morning her nails were really digging into my skin and I shouted 'Songbird, your nails are so long! They are the longest nails ever!'. And as I said it, something clicked. Longest nails ever. 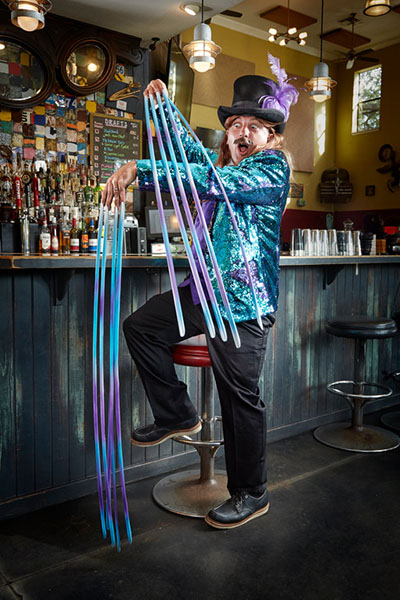 "I knew I didn’t have the patience to grow real nails for 60 years, so I went for the more immediate gratification of making acrylic nail extensions."

"Normally, to make a custom acrylic nail you would use a piece of paper to extend someone’s existing nail, paint powered acrylic over it and then remove the paper. I found that for a long nail longer than around six inches, a piece of paper won’t support the weight of the acrylic. So, I began using a metal piece of paper laid over a metal pipe.

"Then next obstacle was the nail buckling under its own weight. The previous record was one metre, which is exactly where I was comfortably able to keep the nails rigid. Any longer and the nails would buckle. 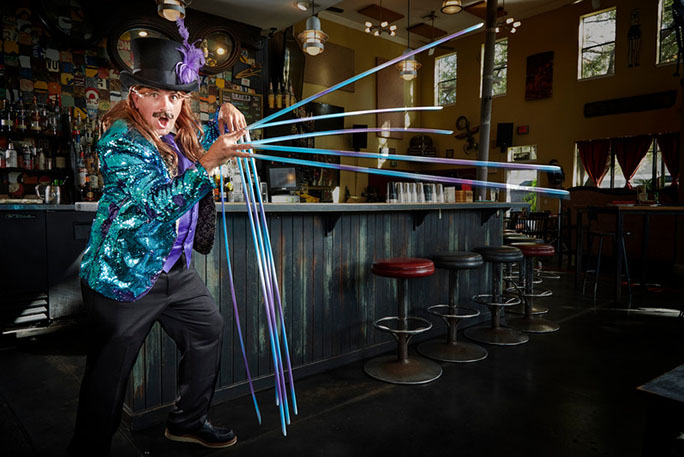 "So, I purchased a tremendous amount of acrylic powder and put on around 30 layers to finally achieve the extra length I needed to achieve the record. At the end I sanded the nails down to be smooth and painted them with an airbrush. It took hundreds of hours to paint that much acrylic on the nails."

Odilon has been a fan of the Guinness World Records books from a young age, and mentions that the unusual titles always appealed to him.

"When I was a child the Guinness World Records book was endlessly fascinating to me. I was drawn to the more peculiar record titles like hot dog eating contests, or longest frog jump. 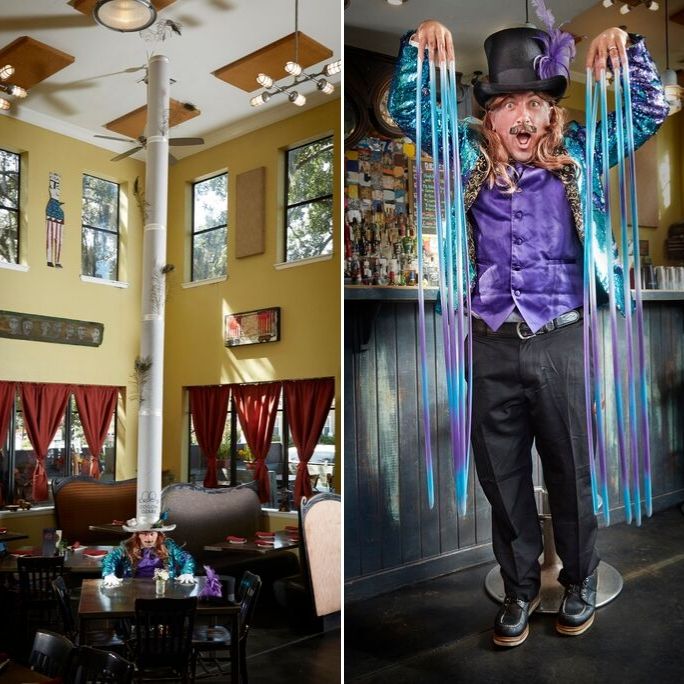 "Being someone who was not athletically inclined, something like a 40-yard dash or a long jump was not something within the realm of possibility. So those more peculiar records were something that I could look up to and something I could aspire to be one day."

The hat maker and now owner of the world's longest fake nails feels extremely passionate about his current titles, and mentions he will top anyone who tries to beat his record!

To read more about Odilon and his marvelous creations – get your copy of Guinness World Records 2020, out now in shops and online.