During the summer of 2017, Paul Scardino received a two-pack of Funko Pop! figurines of Hawkeye and Spider-Man from Marvel's Captain America: Civil War movie for his birthday.

Little did he and his family know that this small gift would turn into a record-breaking collection of over 5,000 figurines.

They are displayed on organized shelving along the walls of his basement, and from September onwards will also be displayed on the pages of Guinness World Records 2021.

After receiving his first two figurines for his birthday, he started researching the types of Funko Pop! figurines available.

From that point forward, he looked to collect all the comic book related Funko Pop! figurines (Marvel and DC).

He then realized there were several lines, including movies, television and animation. He started his collection by purchasing those that interested him, which grew to collecting most of the lines and trying to complete sets. Paul found his time spent collecting helped him cope with some personal changes.

After he'd collected a few, he began displaying them at the Mental Health Clinic he works at.

While Paul’s collection highlights one passion, he is also a clinical social worker who is passionate about social justice and equality.

He spends a lot of time supporting mental health causes and initiatives in addition to services for at risk youth.

While housing over 5,000 Funko Pop! figurines may seem daunting, Paul has a very organized system in place to keep track of his purchases and storage.

A majority of his collection is displayed outside of their boxes, some are placed on top of the shelving units for display and the remaining are stored in large containers labeled for easy access. Though any worth above a certain value are kept inside their box with a protective case.

To catalog the entire collection, he turned to the online tracker, Pop Price Guide as well as his own enormous excel spreadsheet.

When it comes to hunting down specific ones, Paul has turned to multiple resources.

He has a list of stores and online vendors, as well as a unique community online to buy, sell, and trade for older Pops.

His dedication to the intricate search process has paid off, as he has not only managed to achieve a Guinness World Records title, but specific collectors have asked for photos and autographs!

Due to the pandemic, Paul has spent a lot of time at home and as a result, began to evaluate his collection and make new decisions. 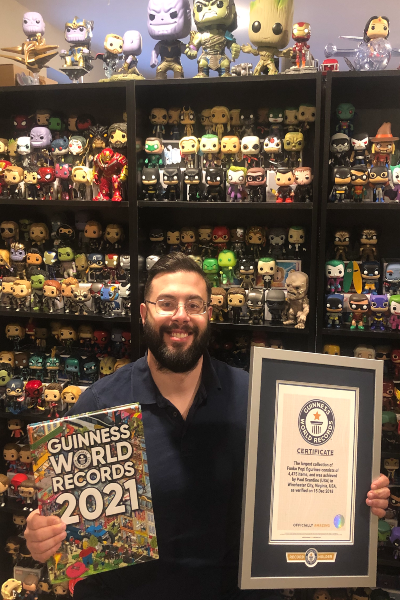 He’s begun to downsize some of his displays to make room for new lines he is on the hunt for, such as completing the Muppets set (Gonzo, Dr. Teeth, Snowth) along with some older Disney Pops (Mad Hatter, Jiminy Cricket, Chernobog).

A highlight to his achievement was finding out he broke the record!

“I received an email from Guinness World Records in the morning while at home, and I held off reading it until my wife was able to see it," he said.

"As I read the email out loud, I felt intense elation and satisfaction, as the months long effort had paid off, and I would officially be a record holder."

"I was super excited to hear from Guinness World Records that I was chosen to be in the 2021 Edition.”

Paul's fantastic Guinness World Records title will feature alongside thousands of others in the 2021 edition of the book, available from September onwards. 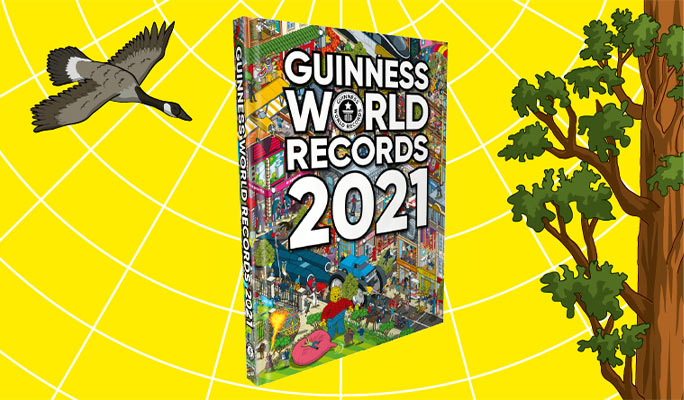