Many female footballers in the United Arab Emirates excel on a regional level, but one woman, by the name of Areej Al Hammadi, has gone a step further.

Areej made history by smashing the record for the most football 'hotstepper' ball control tricks in one minute, after completing 86 repetitions in total. A major jump on the previous record of 56 repetitions set in March 2020 in the UK.

"It's an amazing feeling to break a Guinness World Records title!"

Areej Al Hammadi has set a new record for 'most football 'hotstepper' ball control tricks in one minute'#GWRDayhttps://t.co/oOZgZEjR25pic.twitter.com/wK1f5P8CZQ

“Not for ladies” is what Areej used to hear throughout her long career in women’s football. With most of the attention focused on their male counterparts, Areej is keen to see women's football transform and take place at the forefront of the sport. 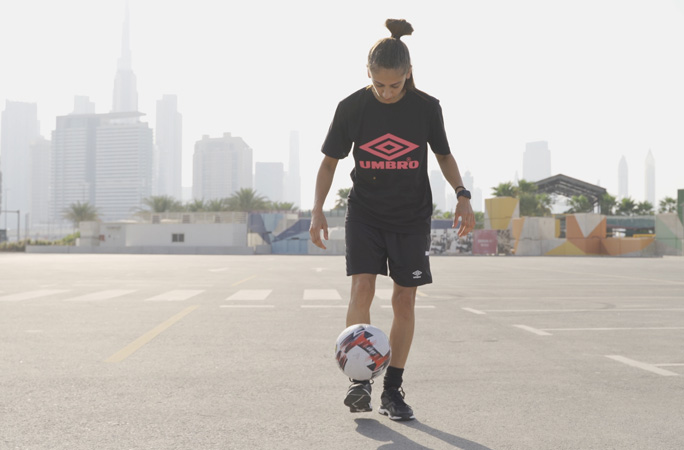 Areej has paved her way to the top of women football in the MENA region.

She is a Creative Services professional by day and a footballer by night.

She has lived most of her life chasing opportunities in football, forming football teams both in school and during higher studies in the American University in Dubai, and attending many of the women’s football championships within the MENA region. She finally made it to the UAE National Football Team.

When asked about how she went from being passionate for the sport to representing the national team she said: “Courage to pursue your own goals is a key, but with focus and commitment everything is possible if you have the will to do it."

"I aim to contribute to my country’s improvement of women's representation at all levels of the game by challenging discrimination with hopes for big improvements in the sport industry globally.” 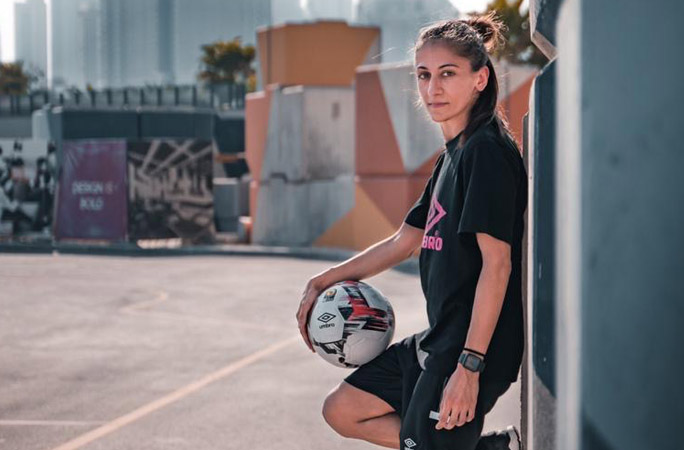 Following three weeks of consecutive training, Areej took the challenge to break a world record within a residential area in Mirdif, Dubai, on a concrete ground outdoors, using a FIFA approved football.

“COVID-19 curfew had a massive impact on the sports industry, from gym closures to teams stopped from group training, but I wanted to do something special. I managed to break the record following a week of practice but wanted to raise the bar on this record title to keep it, at least for a while,” Al Hammadi said.

As a graduate of Visual Communications, she is also skilled in typography, production, design, and art direction but in Areej's words, "that’s for another challenge in the future”!