Brazilian skateboarder Gui Khury has taken the world by storm after accomplishing two Guinness World Records titles: the first skateboarder to land a ‘1080’ on a vertical ramp and the youngest X Games athlete at the age of 11 years old.

The young athlete achieved the daring 1080 stunt just weeks ago at a skate park near his home in Southern Brazil – a place he frequently visits for practicing his passion.

Since the local schools were closed for the quarantine period, Gui began to skate more than usual since he had an abundance of time to perfect the tricks he wanted to master. 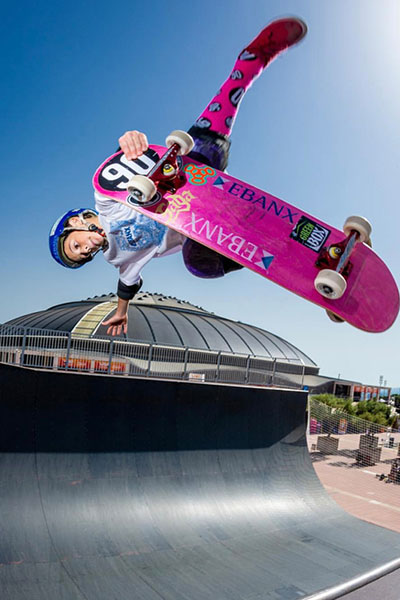 The added down time gave him the perfect opportunity to tackle the 1080 despite the challenging components of the move – like nailing the landing despite the momentum of the turns.

As this was a feat he had wanted to conquer ever since seeing Tony Hawk’s impressive 900 (a skater who happens to be one of his idols), he worked up the courage to persistently try it until he made global history. 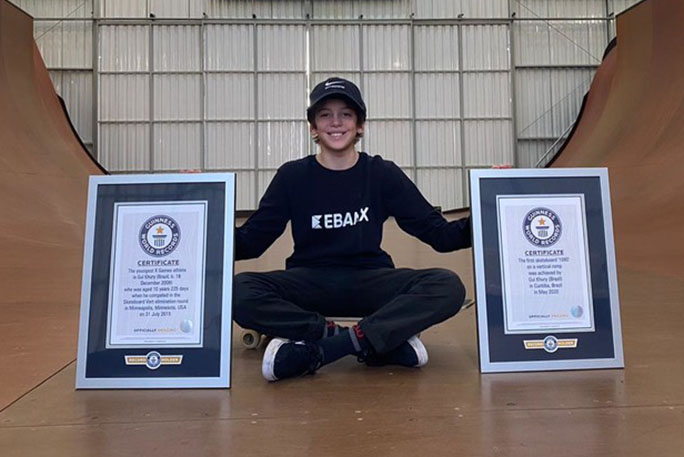 Now, Gui has rocked both the skater world and the real world – having done a trick that most skaters spend their careers pursuing.

He was ecstatic to be recognized for his hard work and love of the sport, and how far he’d come from the very beginning. 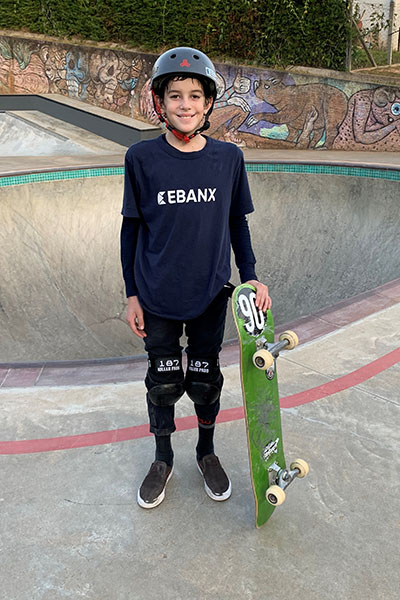 Gui’s journey in skateboarding started at a very young age. His father, Ricardo Khury, encouraged him to practice and would look for local skateparks to help him improve.

At the age of four, he started training at the Y.M.C.A in Encinitas, California, and, by five, he was dropping in on halfpipes, vaulting above the lip of the vertical ramp at high speeds.

It was at that moment that he fell in love with the sport. In the United States he met important skaters from all over the world, who inspired him to do impressive tricks that would ultimately mark his life and help him to make history. 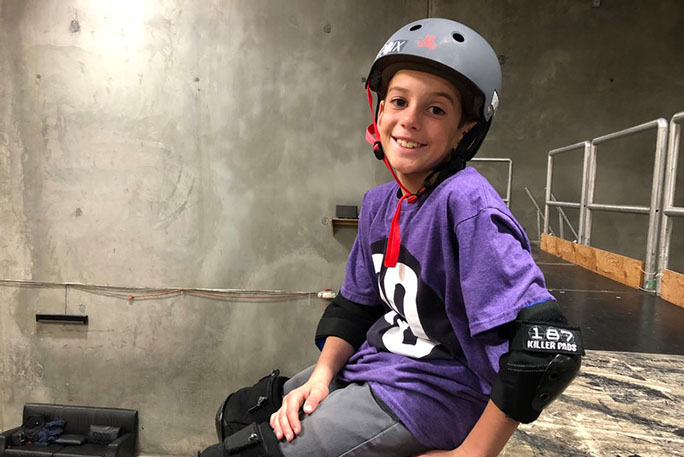 "I love flying high and doing maneuvers while I'm in the air. That's why I love the ramp called the Mega Ramp, but my favorite is the vertical ramp. I also love making friends and competing.”

In 2019, the talented skate protégé was invited to participate in the X Games in Minneapolis, Minnesota. At 10 years and 225 days, he became the official Guinness World Records record holder for being the youngest X Games athlete.

Gui intends to continue practicing in order to do an even more challenging maneuver. He is training to perform the 1260 turn, which consists of three and a half turns in the air.

For now, Gui just wants to inspire other people to believe in their dreams and do what they really like even If it seems impossible.

"If you want to do something, believe it and you can do it."

We’ll see if he breaks a third Guinness World Records title after he lands the 1260! 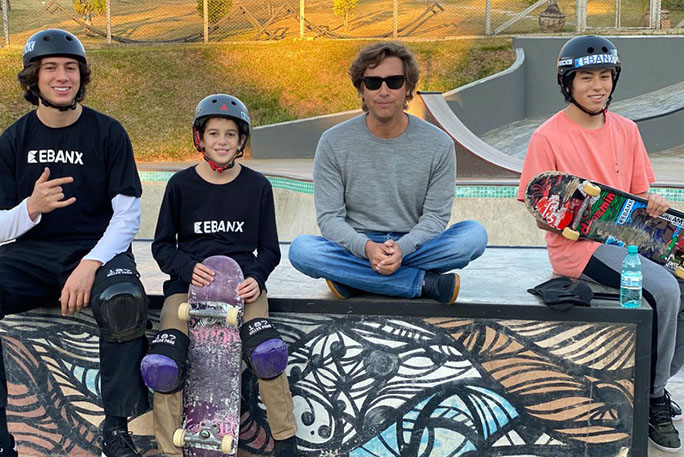